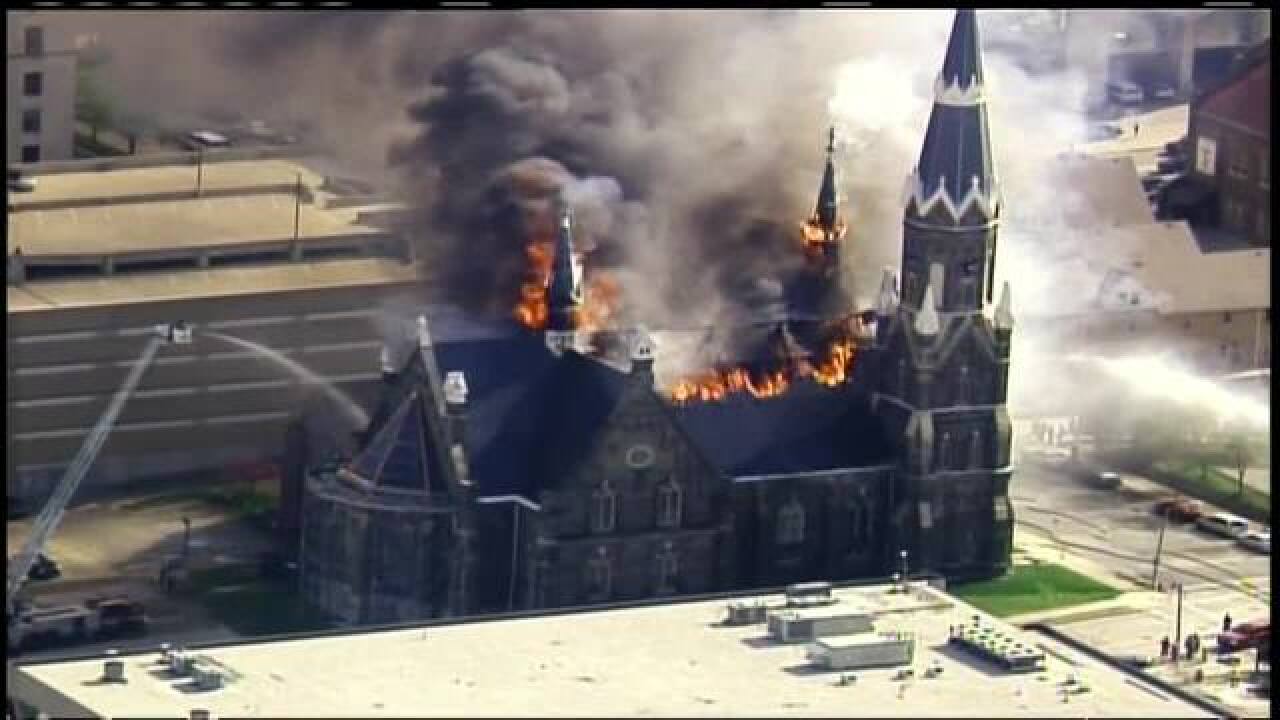 Some items, like friezes from behind the altar and pastoral vestments, were able to be salvaged and removed after a small group from the congregation toured the damage Wednesday afternoon.

Pastor Edward May noted many of the church’s pews were in good condition.

“Our purpose is to communicate and to share the news of Christ,” May said. “Anything he preserves in the building to help us do that is simply an asset.”

Members of the community will meet Thursday night to discuss where the church will hold services and meetings in the coming weeks.

“We’ve had several churches in the immediate area, who are part of our church body, who have offered their facilities up for meeting space, and for worship space,” said Rev. Jonah Burakowski, Mission Executive with the South Wisconsin District of the Lutheran Church - Missouri Synod.

Burakowski added Trinity Evangelical Lutheran Church is made up of roughly 300 families who are members.

“I’m sure we’re going to have service on Sunday, we just don’t know where yet,” said 60-year old Lydia Beasley, a lifetime parishioner.

“I know it’s just a building, but that building is somehow weaved into the fabric of who we are,” she added.

Beasley said the community was relying on faith and optimism to make it through a tough time.

“Somehow, I just believe we’re all going to be stronger because of this,” Beasley said.

At a Wednesday afternoon news conference, Rohlfing declined to specify the cause of the fire.

He acknowledged that construction workers who were working on the building’s roof were using heating tools.

“We know there were roofers here and they had the equipment, and we know the fire started in the roof area,” the chief said. “But we haven’t put it together so we can say that, yes, we know (the equipment) is the cause.”

The chief said he didn’t know which company was working on the project.

Burakowski said it’s too early to know if the church can be rebuilt or the whole structure has to come down. But he estimated either process would take roughly three years.

May said the church has no plans to move the community elsewhere.

“We want to stay here in Milwaukee, and we believe God has put us here in this spot,” May said. “We’re going to rebuild this thing.”