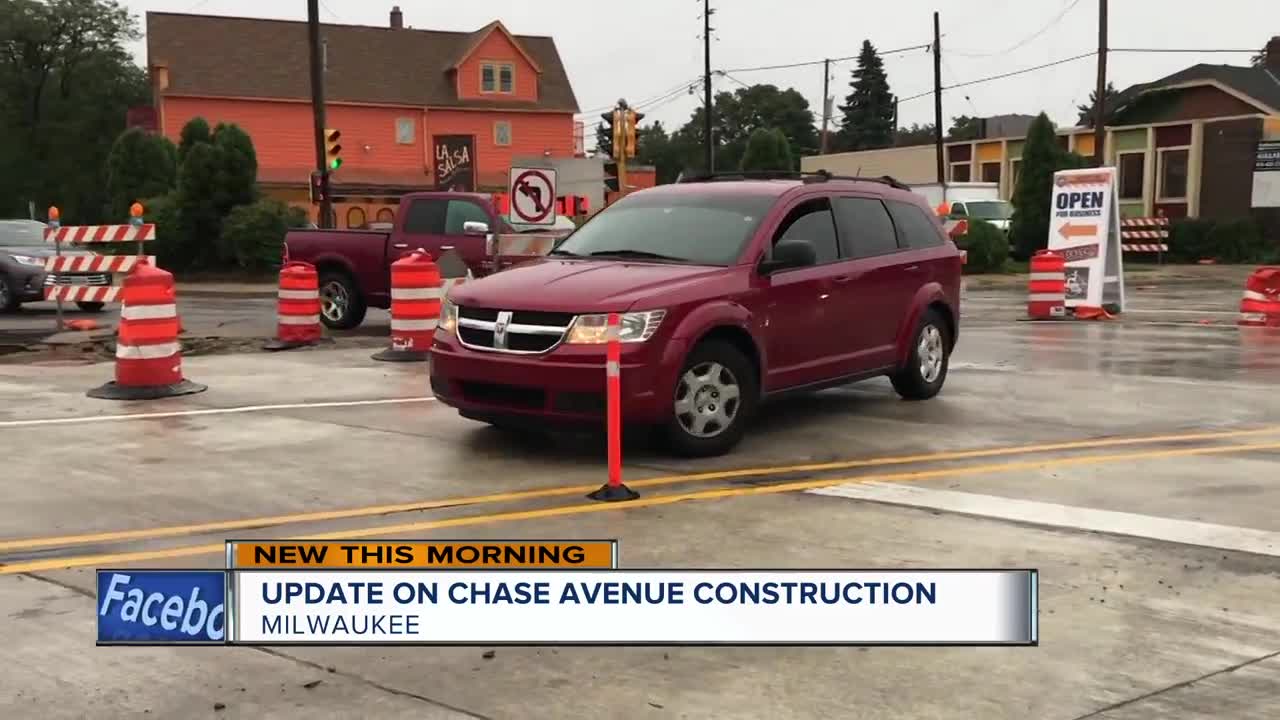 TODAY'S TMJ4 first reported on pothole problems along the stretch of Chase Avenue from Lincoln to Ohio in February.

According to the latest update from Milwaukee's Department of Public Works, "The east side (northbound lanes) of South Chase Avenue from West Lincoln Avenue to East Ohio Avenue will be closed. One lane of traffic in each direction will be maintained on the newly constructed roadway on the west side of South Chase Avenue."

It's the same technique crews used to reconstruct the southbound lanes of Chase Avenue earlier this year.

That phase of the project recently wrapped up after beginning in May.

During the second stage of the project, the intersection at 1st and Chase will remain closed, DPW officials said.

Because portions of the work zone are tight, especially at Chase and Oklahoma, Construction Management Engineer Anthony Kotecki said semi-truck drivers are advised to avoid the area.

"It'll stop traffic, just one semi making a wrong turn and getting stuck," he said. "So we're encouraging all companies that use this street on a regular basis to try to re-route and just avoid it."

He said phase one of the project moved slightly slower than anticipated because of utility issues.

Kotecki said crews were planning to accelerate work on phase two to keep the reconstruction running on time and finish it by the first week of December.

"Restricting turns there causes a lot of traffic problems because people don't obey the signs. They turn anyway, and traffic backs up. One person who stops to turn creates a backup." — Anthony Kotecki, construction management engineer

A road reconstruction project is much more extensive than a repavement project, DPW officials said.

"We rip out all the curbs, gutters, sidewalks, all the drainage structures and utilities get changed out if they're old enough and need to be replaced," Kotecki said.

"A total reconstruction should last 40-50 years," he said, "with minor maintenance."

For example, a "no left turn" sign stands at the tricky, previously mentioned intersection at Chase and Oklahoma.

"Restricting turns there causes a lot of traffic problems because people don't obey the signs. They turn anyway, and traffic backs up. One person who stops to turn creates a backup," Kotecki said.

"When you do that, it puts all of us (workers) in danger and causes traffic accidents as well," he said. "We've had a few on this job already during our construction around Chase and Oklahoma. Other than that, the rest of the job has been flowing pretty good."