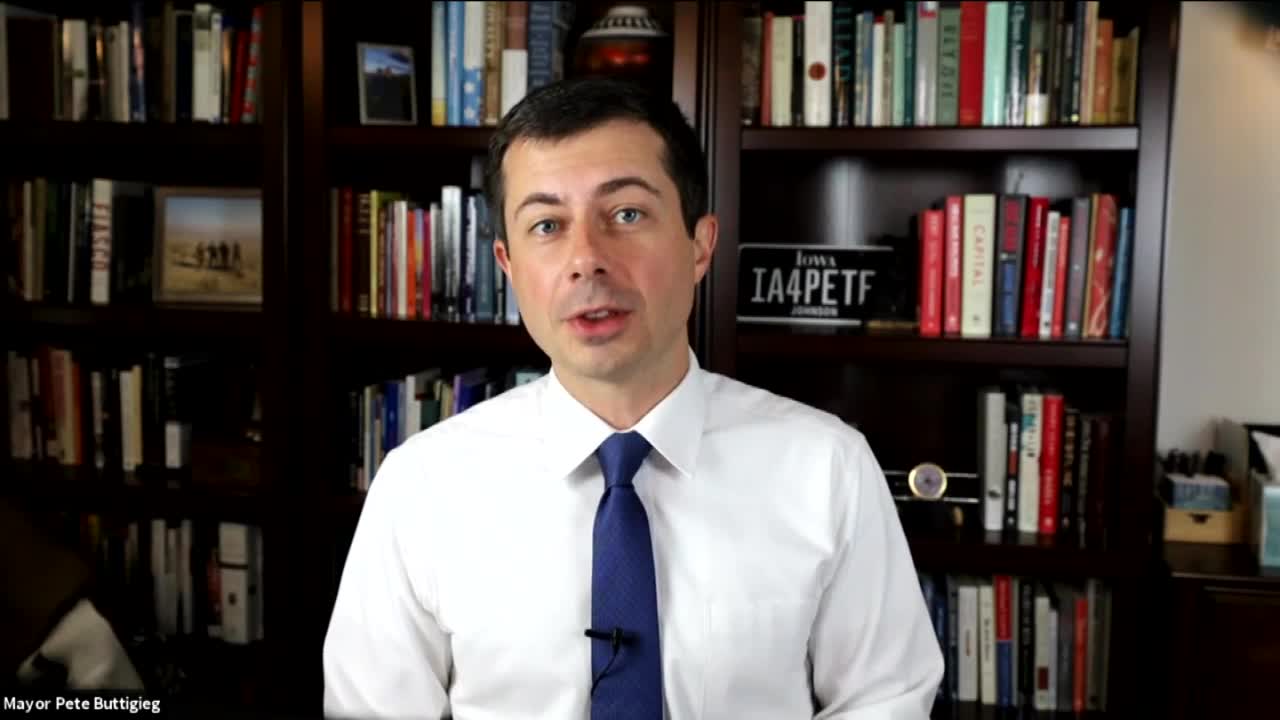 Buttigieg was a former presidential candidate before throwing is support for Joe Biden.

MILWAUKEE — Fifty days until Election Day and Democrats are sending out surrogates to back Joe Biden and Kamala Harris in Wisconsin.

"Well, Joe Biden is winning because the most important issue is leadership and everything else falls under that," said Buttigieg. "We need leadership that will be honest with us about the pandemic."

The Biden - Harris ticket has already made campaign stops in Wisconsin and more visits are expected in the battleground state, where they lead among likely voters by four points 47%-43% in the most recent Marquette Law School Poll.

The pandemic continues to be a big concern for many voters. Democrats remain critical of the president's handling of the virus, accusing him of trying to downplay the virus and the impact on the economy.

"Unless we can get on top of this pandemic, something that this President has repeatedly failed to do, giving us the worst level of death and damage and harm of any country in the developed world," said Buttigieg. "This is no way to run an economy. It's no way to run a country."

The former South Bend Mayor pulled off a stunning first place finish in the very confusing conclusion of the Iowa Caucus but ended his presidential run in March.

Buttigieg says he's skeptical of President Trump record on the economy, despite record employment numbers before the pandemic.

"Well, look, we've got 30 million Americans on unemployment, we've got some of the worst economic statistics in the history of economic statistics," said Buttigieg. "And if you want to talk about before the pandemic, you know, the reality is economic growth under President Trump in his early years was actually slower than it was in the Obama-Biden Administration."