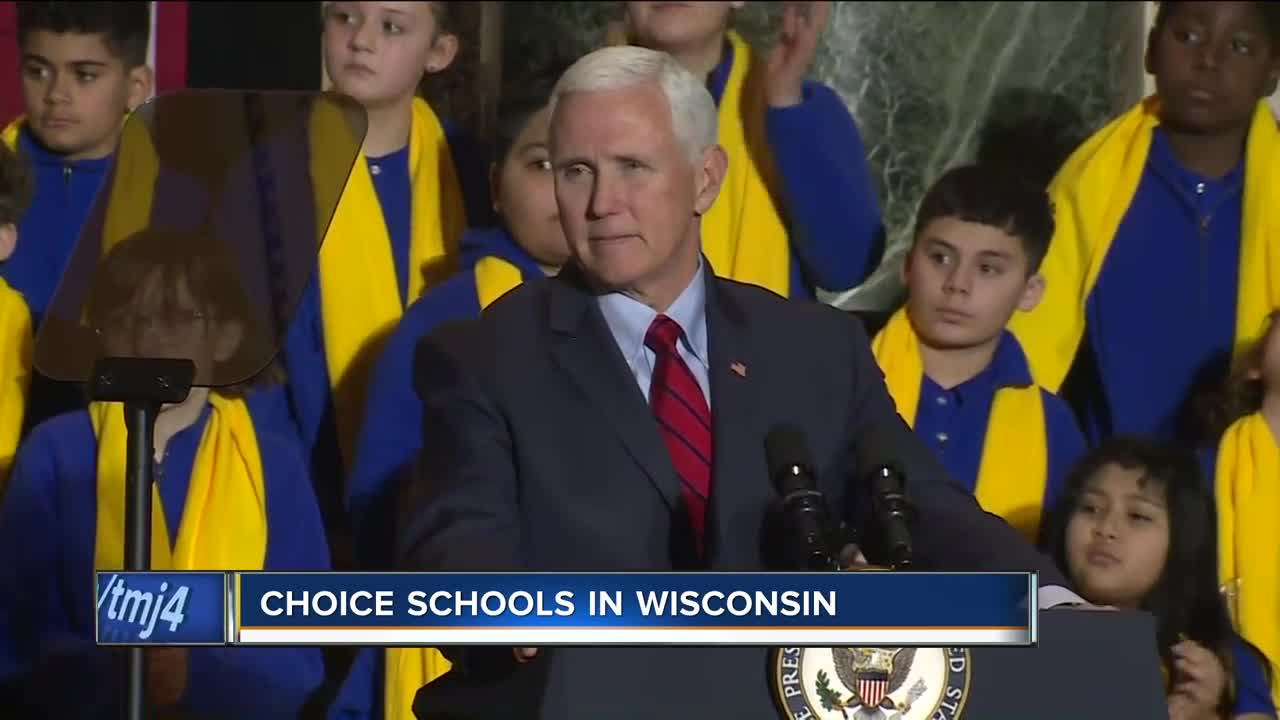 The debate over public schools versus choice schools was center stage in the State Capitol Tuesday with Vice President Mike Pence. It's his second visit to Wisconsin this month. 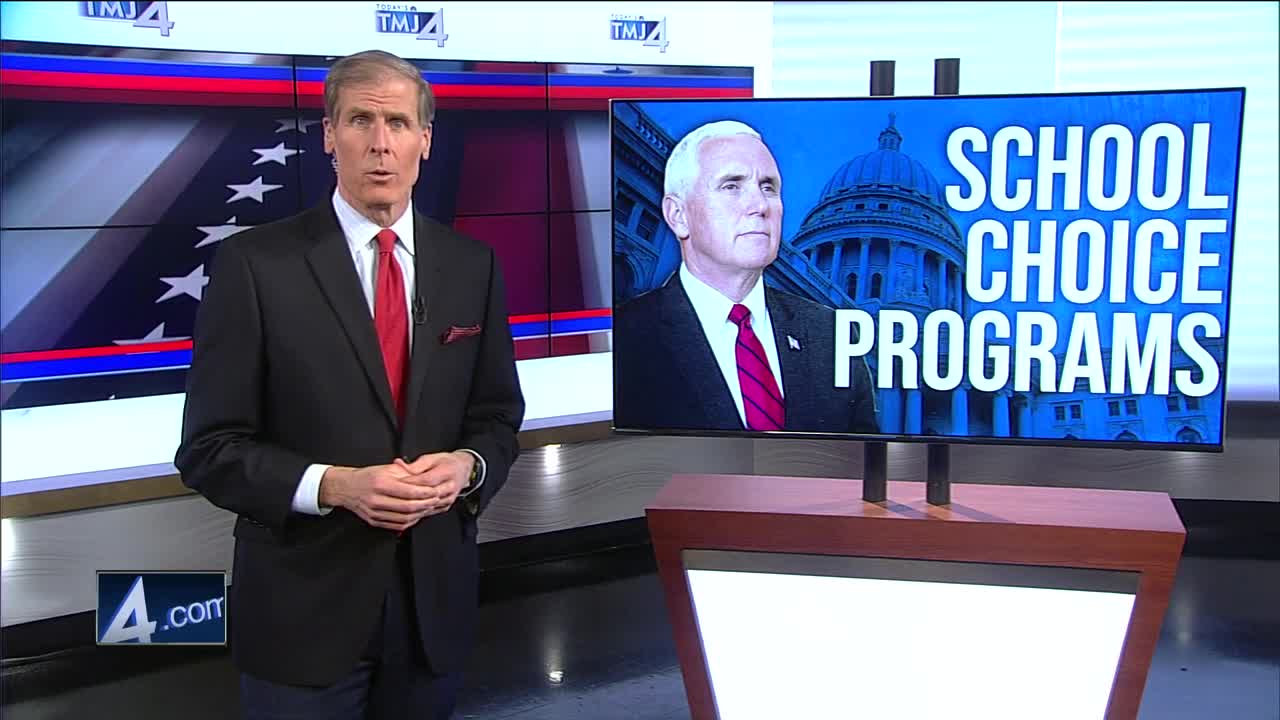 MADISON — The debate over public schools versus choice schools was center stage in the State Capitol Tuesday with Vice President Mike Pence. It's his second visit to Wisconsin this month.

But it's the first time a sitting Vice President has ever been in the State Capitol.

The Vice President was in Madison to celebrate National School Choice Week.

"I'm here in Wisconsin because this is is where it all began," said Vice President Pence.

It has since has expanded to more than 40,000 students statewide.

It allows parents to use taxpayer money to to send their children to private or religious schools.

"Every child - no matter where they go to school, does better when the parents get to choose," said Pence.

But Democrats blame choice schools for taking away badly needed funding for public schools. Governor Tony Evers wants to freeze enrollment in the voucher program, others want to phase it out.

Lt. Governor Mandela Barnes tweeted, "I just think it's really difficult to make a case about supporting all children, especially those marginalized, with Mike Pence as a spokesperson."

"The time for education freedom scholarships is now," said Pence.

But many Democrats in Washington oppose the plan.

Wisconsin Democratic Party Chairman Ben Wikler said President "Trump and his cronies are sabotaging public education because it's not their children who go to public schools."