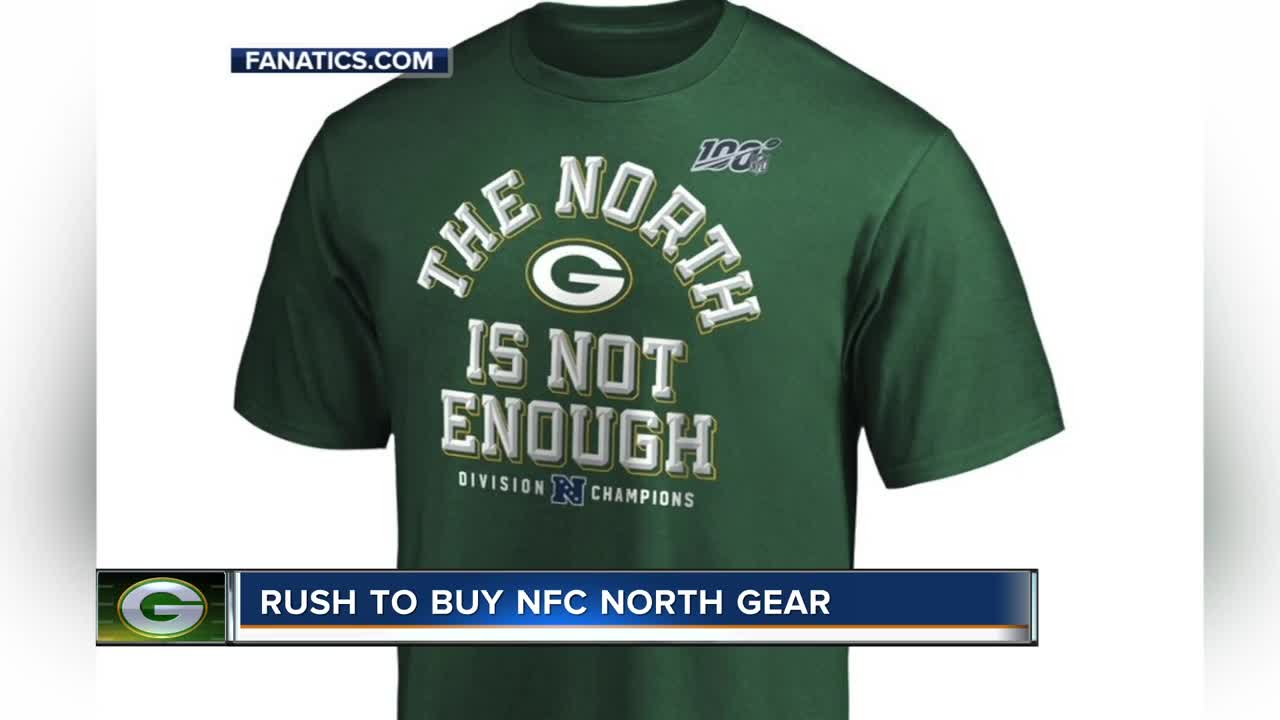 The team celebrated Monday night's win wearing the T-shirt that reads, "The North is Not Enough." Fans rushed out to try to find it Tuesday morning, but many couldn't find it. Big box stores like Dick's Sporting Goods said they hope to have a shipment in Thursday.

"I went to three stores already today and they just don't have them yet," said fan Denise Osterkorn.

Osterkorn went to the Green and Gold Zone in West Allis. All morning fans called in asking for the shirts.

"I knew we'd get a lot of telephone calls," said owner Andrew Hundt. "Everyone's asking about the locker room shirts, and they're on their way, they were printed last night and shipped this morning."

You can also order the shirt and other gear online at sites such as the Packers Pro Shop, NFL Shop and FansEdge.