'Out came a deer out of nowhere:' Deer accidents increase during mating season 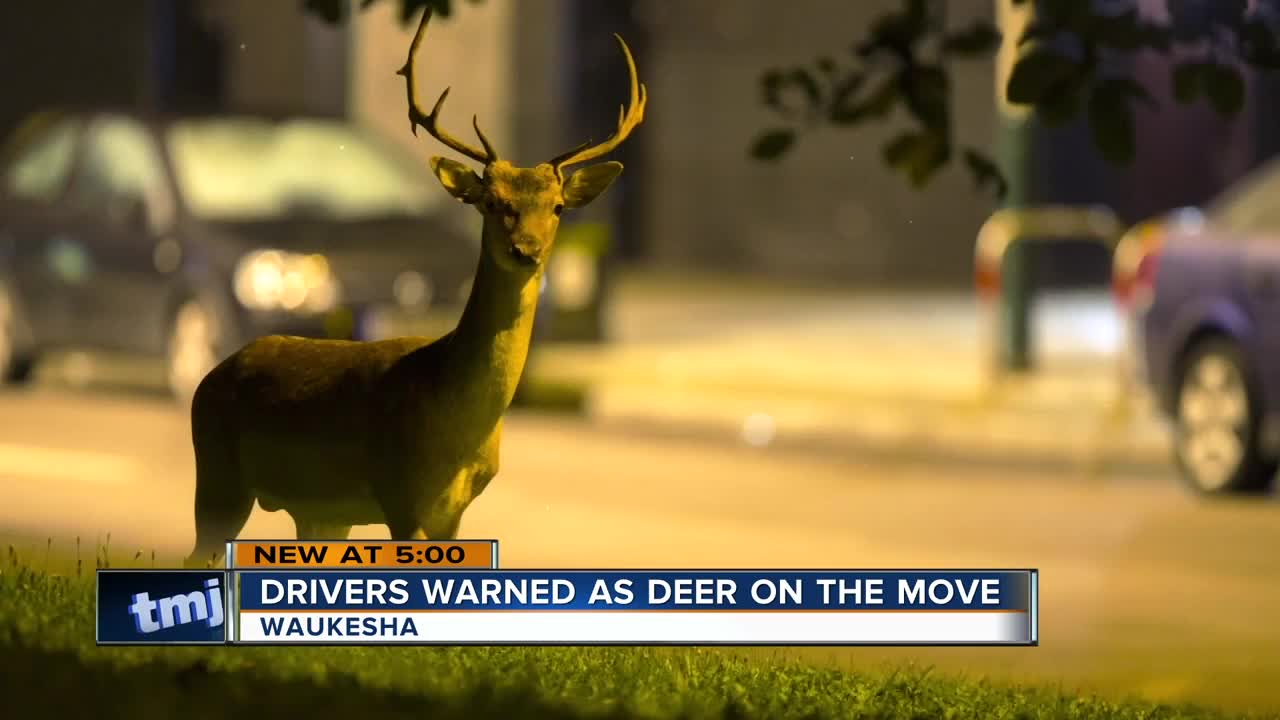 It's the season for deer on the move. Waukesha County officials are warning drivers of possible deer crossings.

WAUKESHA COUNTY — Motorists are urged to be on the lookout for deer as peak "rutting" or mating season begins in the next few weeks.

"It’s important to keep an eye right now anyways because those deer are starting to pick up their movements," said Robinson.

According to the Wisconsin Department of Transportation, last year there were 20,177 deer/vehicle crashes across the state. Waukesha County ranked second for deer-related accidents. Robinson said deer are most active during dusk and when it's dark out.

"They have one thing on their mind, and it’s not cars crossing the road, so they do have a tendency to dart across the road," said Robinson.

Tabitha Dustin is no stranger to hitting deer. She was driving home in Dodge county on Sunday when a deer darted out in front of her car.

"Out came a deer out of nowhere, a nice little sized buck but crashed into the front end," said Dustin.

Tabitha has lived in Dodge County for fifteen years, and since then, she hit three deer, all on County Road S. She is thankful she doesn't have any injuries, but her car is now totaled.

"I was startled a little frazzled, I didn’t hit the breaks immediately my breath was taken away," said Tabitha.

Lieutenant Greg Kaepernick with the Waukesha County Sheriff's Department said the best way to avoid hitting a deer, paying attention to the road and your surroundings.

"If you happen to see some deer on the side of the road, slow down and as that one passes, always keep watching the ditch for more," said Lieutenant Kaepernick.

A long horn blast might scare a deer away but if you know you're going to hit a deer, Lt. Kaepernick said to drive straight through.

"Don’t swerve because you don’t want to end up in the oncoming lane and obviously wear your seat belt if you do hit a deer safely pull over to the shoulder and call 911," said Lt. Kaepernick.