Sheboygan hopes to break ground this year on its planned, FreshTech Innovation District near the lakefront. 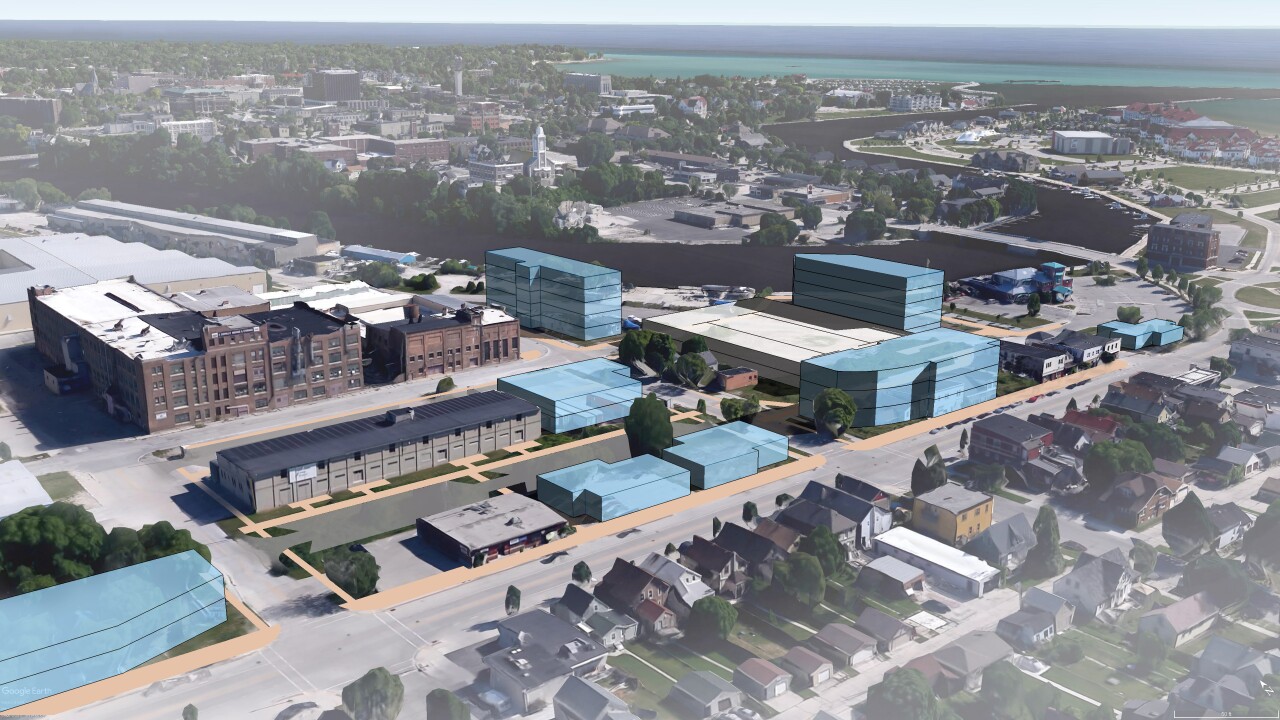 SHEBOYGAN COUNTY — Sheboygan hopes to break ground this year on its planned FreshTech Innovation District near the lakefront.

The innovation district isn't a new idea. City leaders first began the necessary planning and work to set up a Tax Increment Finance (TIF) District to fund FreshTech approximately two years ago, according to Chad Pelishek, the city's director of planning and development.

Pelishek said the planned hub of the district will be a four-story building at 10th & Indiana on a plot of land that's currently owned by the redevelopment authority.

Pelishek said local leaders hope to break ground on the building sometime in 2020.

Nick O'Brien, FreshTech's director of innovation and engagement, said the plan is for that building to eventually be used by various local businesses.

"The intent is to have six to 12 different companies with research and development, or satellite offices, conference rooms or maybe co-working spaces, and all these companies can use this building to showcase their innovation efforts," he added.

O'Brien said the goal is for the building at 10th & Indiana to spark further economic growth in Sheboygan County as innovative companies work in close quarters with one another.

But O'Brien said he hopes programming at the FreshTech district will also help draw in individuals who might be working on small-scale projects and not affiliated with one of the area's large companies.

"It could be someone tinkering with something in their garage, or in their basement. That's just as innovative as Kohler's waste lab is," he said. "Those people wouldn't often bump into , but that's the goal here."

O'Brien said while planning continues on the building and infrastructure portion of the project he's working on developing the programming that will spur activity and growth in the FreshTech Innovation District once it's operating.

"Without software, the computer in front of you is just a hunk of metal," O'Brien said.

O'Brien said his current focus is on developing a local student-run business program. He's also working hard on connecting students to business leaders in ways beyond the standard job fair or mock interview, and planning events with a regional appeal to showcase the innovation happening in Sheboygan.

"We're trying to make Wisconsin a hot spot for startups, for technology and Sheboygan is trying to do its part to be part of not only Wisconsin's economic ecosystem but the Midwest's," he said.