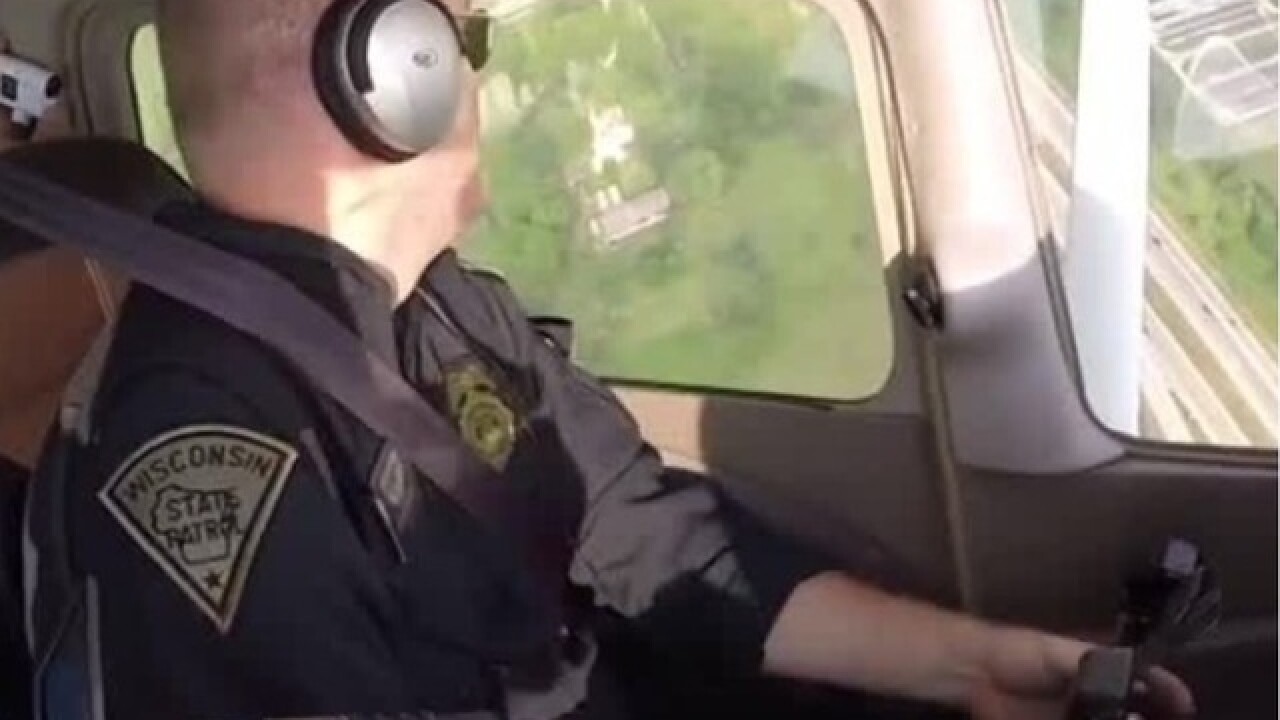 On May 7, the Wisconsin State Patrol conducted an aerial enforcement initiative on I-94 in Waukesha County in order to watch for speeders and other reckless drivers.

Due to the high numbers of traffic citations and other concerns, the westbound stretch near County P was selected for the initiative.

During the aerial enforcement, officers stopped 33 drivers between 11 a.m. and 3 p.m. Not all of the drivers were ticketed. The Wisconsin State Patrol does not have exact numbers at this time.

When the aircraft detected speeders, aggressive or reckless drivers, the passed the message along to officers on the ground to conduct the traffic stops.

Captain Tim Carnahan stated in a news release, “Our goal is public safety and voluntary compliance with traffic laws, but motorists who make irresponsible decisions should expect to be stopped by law enforcement and potentially cited.”

Many alerts about aerial enforcement missions are shared on the Wisconsin Department of Transportation's Facebook page.