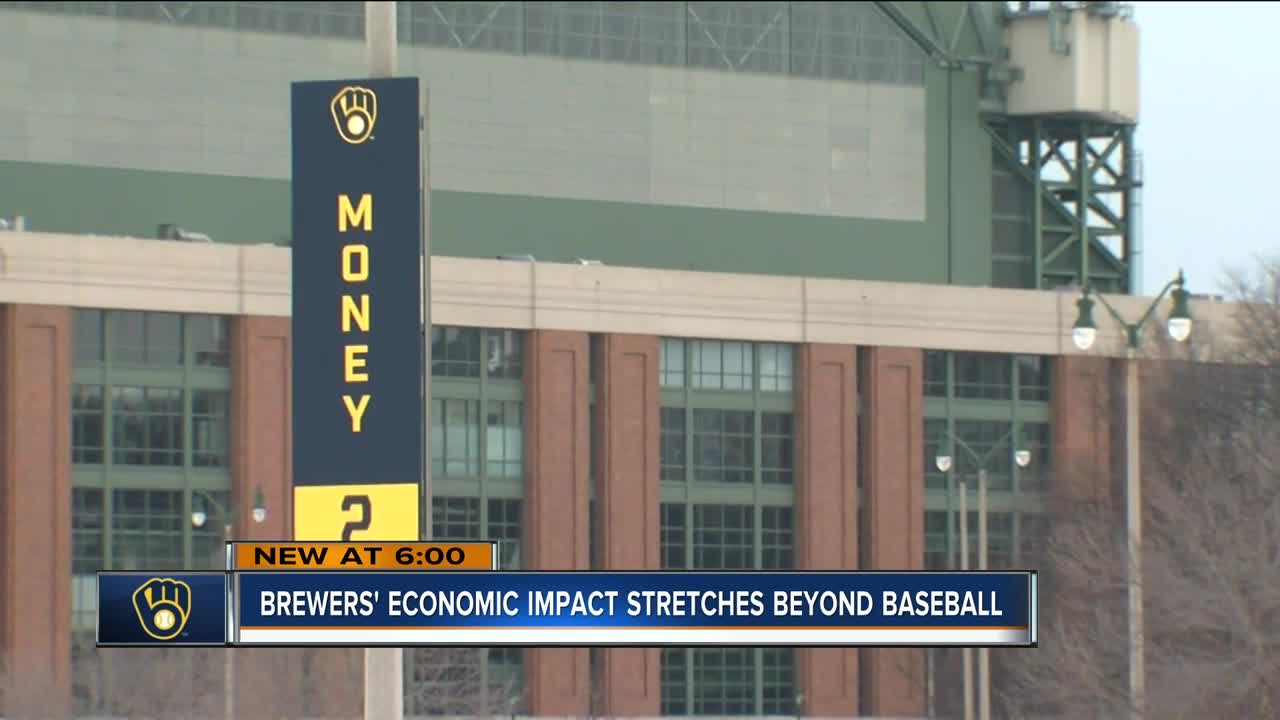 The Milwaukee Brewers are about to kick off their 20th season at Miller Park and a new study shows the team has been a big economic win for Wisconsin.

WISCONSIN — The Milwaukee Brewers are about to kick off their 20th season at Miller Park and a new study shows the team has been a big economic win for Wisconsin.

At Kelley's Bleachers, it's just not about the beer and brats when the Brewers are in town.

"The Brewers are our bread and butter, it was what we built this place on," said Luchini.

They're not alone. The Metropolitan Milwaukee Association of Commerce or MMAC did a deep dive into the economic benefits of building the new stadium that opened in 2001 and what it means to have the Brewers.

The report says the five county one tenth of one percent sales tax contributed roughly $600 million.

"They draw more of their attendance from outside the metro area than any other team, "said Sheehy. "And when you look at the economic impact you can seen people from around the state and outside the state coming here to enjoy baseball."

Back at Kelley's Bleachers, they've added more TV's over the years and more shuttles to Miller Park. In 2002, 50 people would hitch a ride on a good day: Luchini says the average was 340 a game last year.

"We live and breathe off those Brewers," said Luchini. "Any event they do down there we try to shuttle down."

"The impact that Miller Park has on our local community and regional economy only adds to that pride," said Rick Schlesinger, President of Business Operations for the Milwaukee Brewers in a statement. "And the Brewers will do all we can to continue to provide a great fan experience and economic opportunity for Wisconsin families."