New construction by IKEA may include hotel and conference center 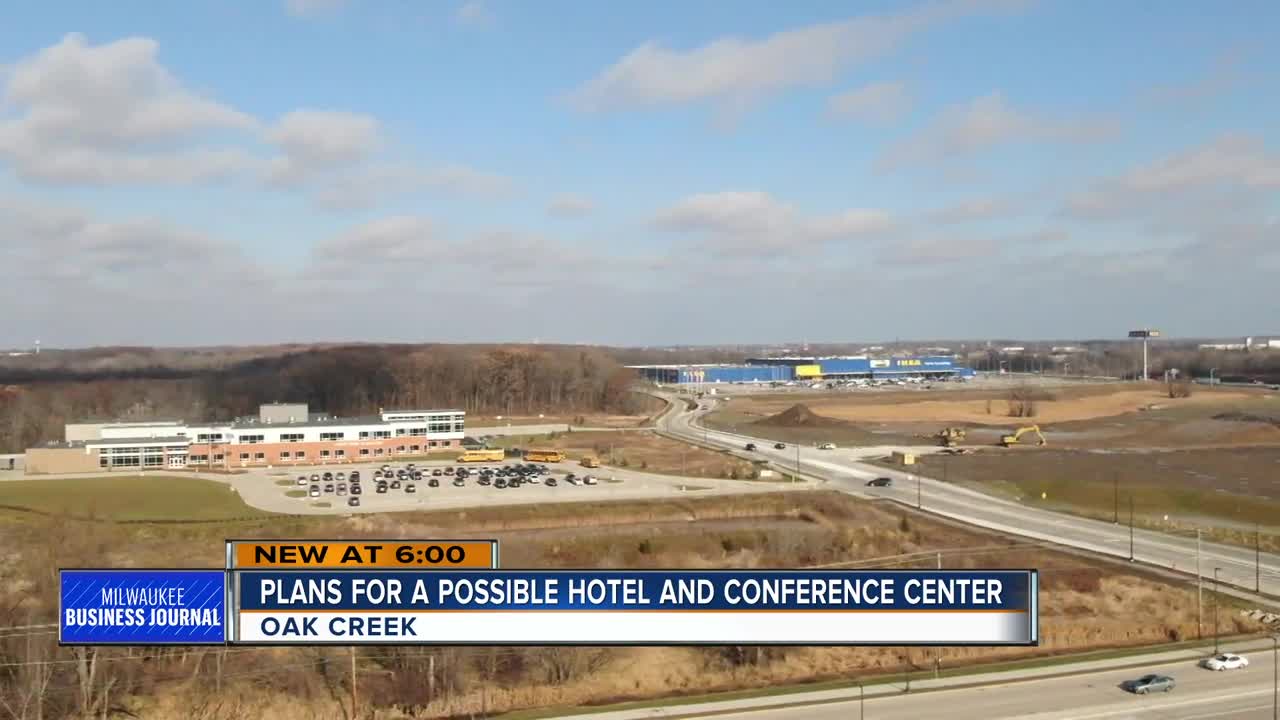 A new hotel and conference center could be going up near Ikea.

OAK CREEK — A new hotel and conference center could be going up near IKEA.

In a story first reported by our partners at the Milwaukee Business Journal, Oak Creek's Common Council is scheduled to consider the proposal Tuesday night.

The hotel would stand between IKEA and Drexel avenue then I-94 and Forest Ridge Elementary School.

"There's great visibility and it's right off the interstate," said Sean Ryan, a reporter with Milwaukee Business Journal.

Ryan says there have long been talks about developing this land, and the city has separately been studying the need for convention space.

"They didn't find a lot of new convention hall products south of the airport. So they saw a market opportunity there which is one of the reasons these discussions are underway right now," said Ryan.

Those talks are with Stand Rock Hospitality, a hotel developer best known for building the Wilderness Hotel and Resort in Wisconsin Dells.

Ryan says a hotel and convention space are just pieces of a bigger vision for Cak Creek and the Drexel interchange.

"They want us to be a place you could do more than just stay in a hotel room or go to IKEA. They're using IKEA as an anchor to attract more shopping and more other buildings around it," said Ryan.

"I'd rather see more green space," said Hans Ribbens who lives in Oak Creek. He has mixed feelings about the proposed development.

"I understand the need from an economic perspective and that's kind of like the highest use value. It's not gonna make the place look any better and that's what I'm gonna miss," said Ribbens.

Sarah Rachelle Beier sees the proposed development as a sign of progress for the city.

We reached out to Oak Creek's city administrator for comment on the project, but we did not hear back.