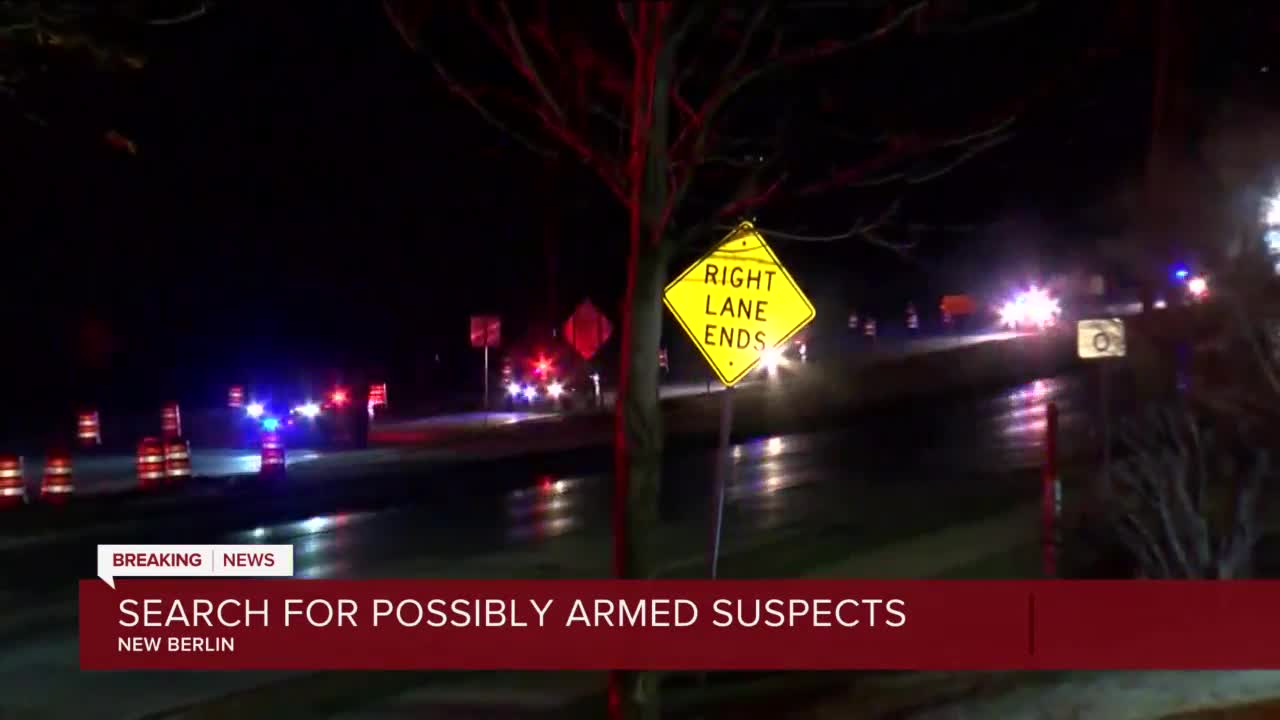 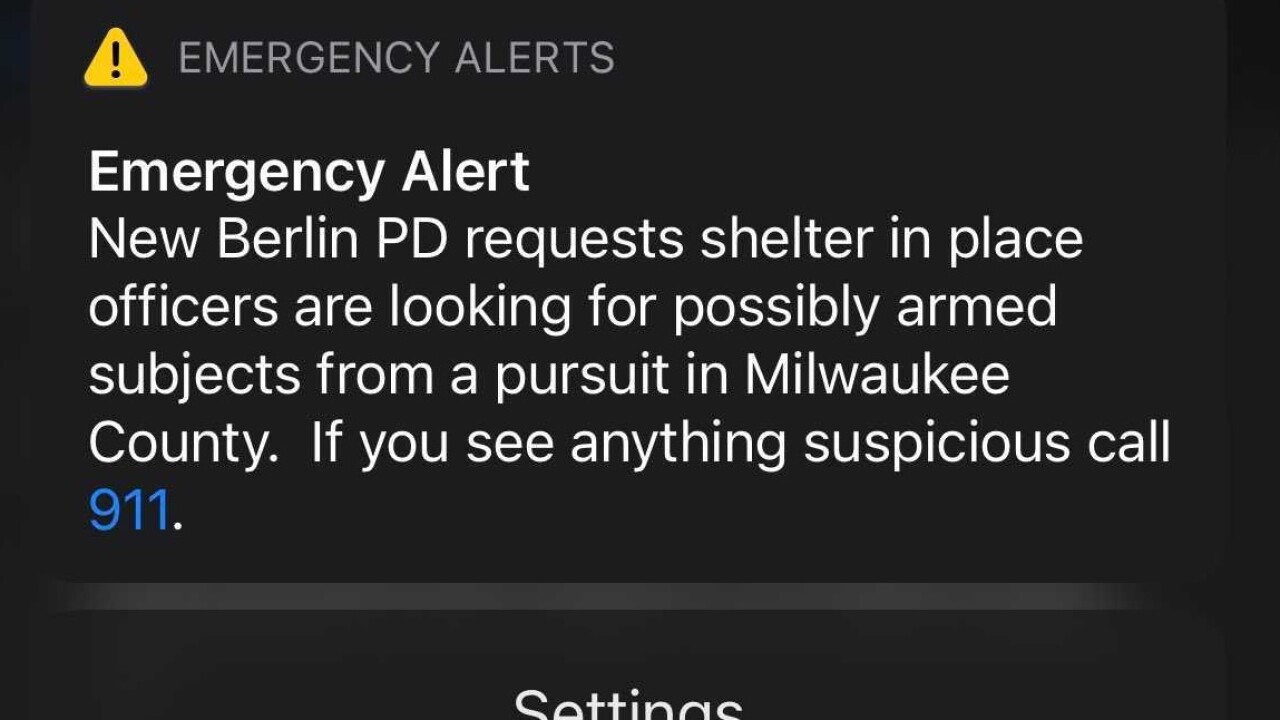 The New Berlin Police Department asks if you see anything suspicious to call 911.

The department says the suspects were in a pursuit from Milwaukee County.

It remains unclear if it is connected to the Mayfair Mall shooting, that left eight people injured Friday afternoon.

Also Friday night, all southbound lanes on I-894 from Oklahoma Avenue were closed due to a shots fired investigation, according to the Milwaukee County Sheriff's Office.