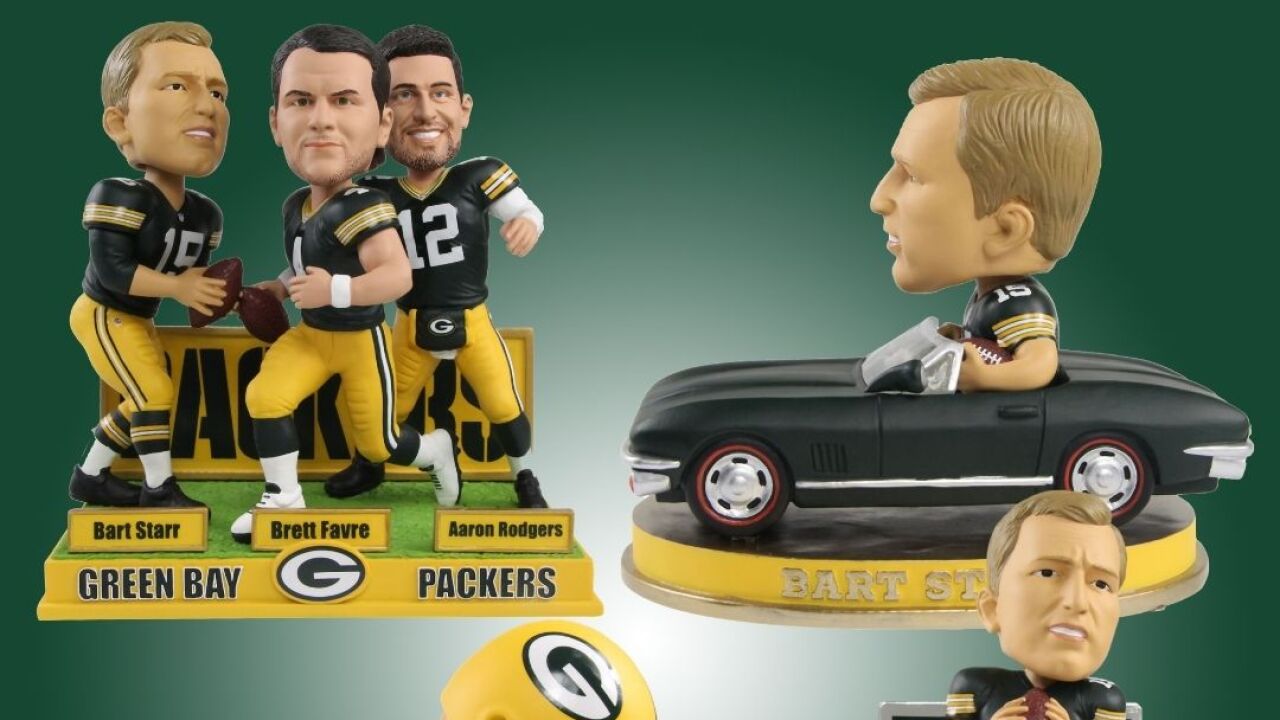 Each special edition bobblehead uniquely captured the playing career of the Hall of Fame quarterback that played 16 seasons with the Packers.

The bobbleheads were produced exclusively for the National Bobblehead Hall of Fame and Museum by FOCO, an official licensee and manufacturer of Green Bay Packers and NFL merchandise.

"Bart Starr is one of the greatest players in the storied history of the Green Bay Packers and the NFL,” National Bobblehead Hall of Fame and Museum co-founder and CEO Phil Sklar said. “We wanted to honor Starr with a series of bobbleheads that pays tribute to his remarkable football career and tremendous life. These will become keepsakes that are passed on to future generations of Packers fans!”

The second features Starr crossing the goal line and scoring the winning touchdown during the famed Ice Bowl in the 1967 NFL Championship Game.t

Each bobblehead is individually numbered, and they are only available through the National Bobblehead Hall of Fame and Museum’s Online Store.

The bobbleheads are $50 each, $85 for the triple bobblehead or $225 for the complete set plus a flat-rate shipping charge of $8 per order.