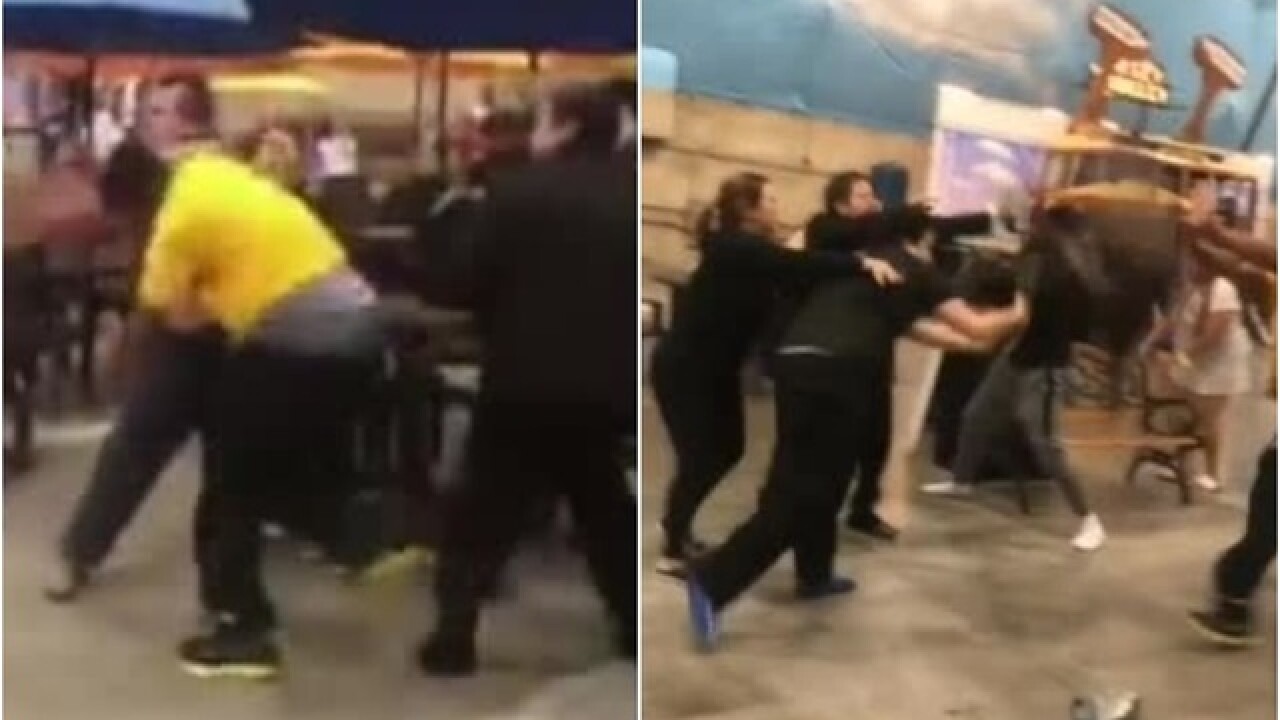 LAKE DELTON, Wis. – Police in Lake Delton are investigating a weekend brawl caught on video at Mount Olympus Resort in the Wisconsin Dells.

The melee was caught on cell phone video by Joey Ney. In the video, it appears a group of people was fighting in the indoor theme park of the resort. The brawl got so heated – people started hitting each other with chairs.

Police say the brawl possibly began with an argument over a chair, after someone reportedly took a chair from another group's table and the argument escalated into the fight.

Police are investigating this incident further. There is no other information at this time. Police predict the people involved will face charges for the incident.