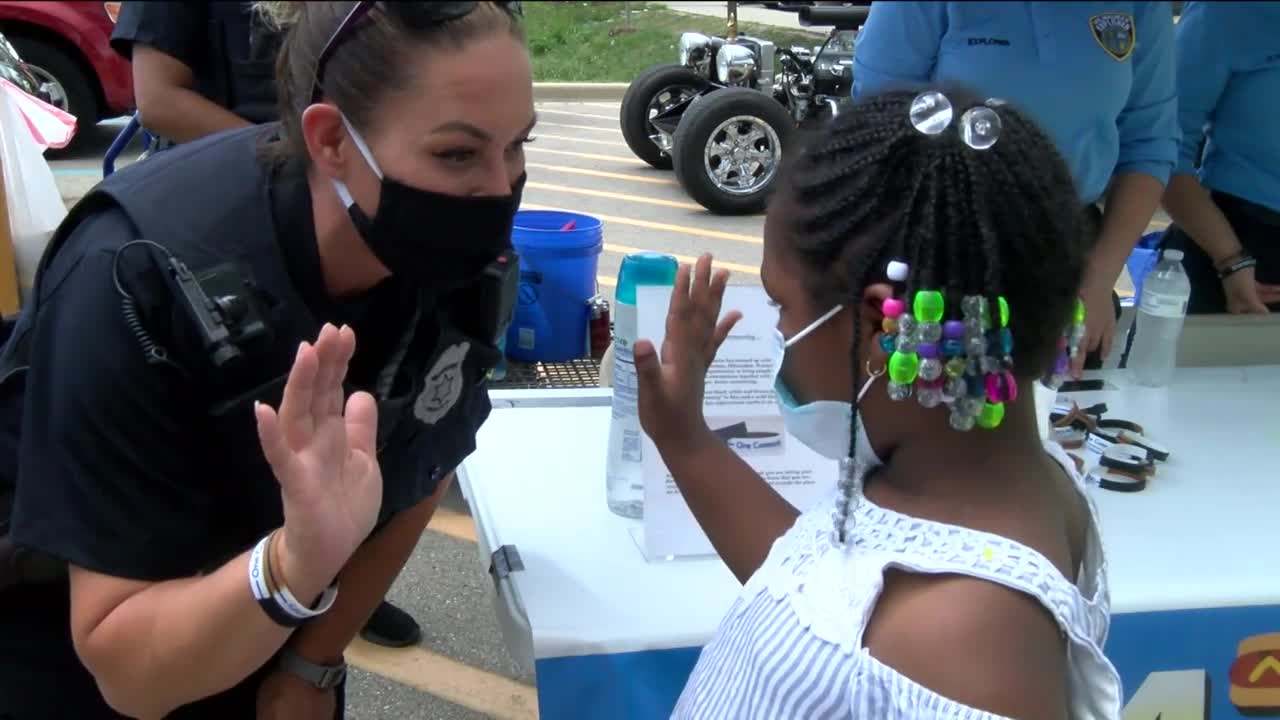 Officers from District 4 and members with The Cops and Kids Foundation spent their afternoon handing out free meals and bracelets to community members at the Sams Club in Milwaukee.

MILWAUKEE — Officers from District 4 and members with The Cops and Kids Foundation spent their afternoon handing out free meals and bracelets to community members at the Sams Club in Milwaukee.

Bob Kramer, President of the Cops and Kids Foundation said most of their outing events this year were canceled due to COVID-19, so giving away free brats was an opportunity to do something outside and something positive.

“Just to promote those positive relationships that need to be moving forward,” said Kramer.

“Handing out one community bracelets over here showing that despite our skin color we are all one community,” said Officer Jason Janotta with MPD District 4.

The event was about more than just a free meal, it was an opportunity to find common ground with the community and create an open dialogue.

“As far as community engagement, we just need the opportunities to bridge that gap and this is one step,” said Officer Janotta.

“Just letting them know their concerns and an officer can explain what they are doing and have been doing it’s nothing but positive,” said Kramer.

Kramer realizes one event won’t charge current tensions, but he believes it’s a start and already had a positive impact on 5-year-old Armani. She said she wants to be an officer when she grows up and was given the opportunity to join the force as a junior police officer.

“They keep people safe in Milwaukee and look out for people,” said Armani.