More kids testing positive for THC than nicotine, according to vaping expert 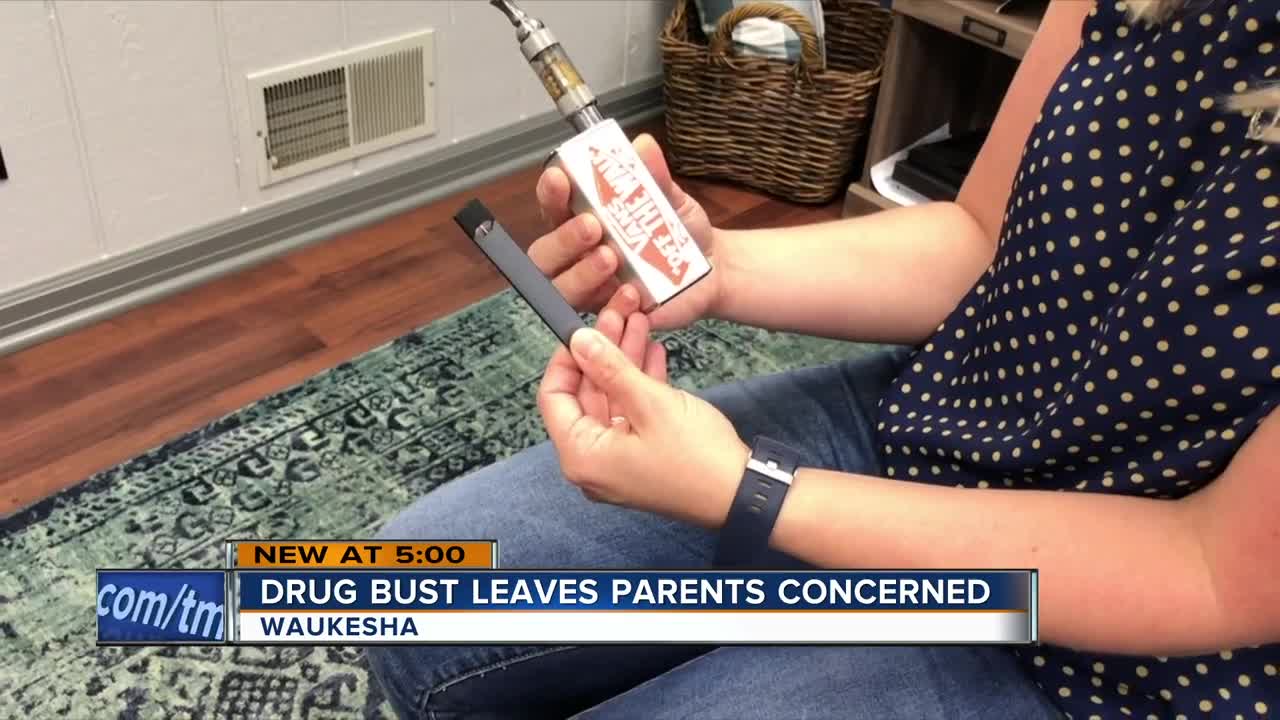 Local parents are concerned about their kids vaping after major THC bust.

After news of what law enforcement is calling the largest THC bust in the country, one woman says more e-cigarettes are testing positive for the drug than nicotine in some high school.

"Some schools report they test them and more are testing positive for THC than nicotine," Ashleigh Nowakowski, executive director for Your Choice to Live said.

Your Choice to Live is a drug and alcohol awareness group. They go into schools in Wisconsin, Illinois and Indiana to teach kids about the dangerous effects of things like vaping.

This most recent news has Nowakowski's concern growing.

"It was really shocking," she said. "I know it's in the high school and I know kids are doing it, but I didn't realize the magnitude of where it's coming from."

Capt. Dan Baumann with the Waukesha Police Department says two parents came forward in July when they found something questionable in their teenager's possession. They were able to trace it through five tiers of selling to the operation in Kenosha County.

Tyler Huffhines allegedly had an operation where 10 people were filling vape cartridges with highly concentrated THC oil. Not only is the product illegal in Wisconsin, but it's also unregulated and Nowakowski has concerns about anyone using it because there is no telling what else could be in it.

"They fill the cartridges with nicotine juice they buy online or they can put anything in there," Nowakowski said. "They put vegetable glycerine, which is an additive they put in there. Really anything they can get hands on that's liquid."

Kenosha County Sheriff David Beth says they have sent the cartridges and mason jars filled with THC to the lab for testing to see what else is in those cartridges. He says the packaging listed the THC content at 5 milligrams but believes it is a higher concentrated level near 1,000 milligrams.

It's an issue that has parents in the Waukesha School District concerned. Capt. Baumann says the drug is all in the high schools.

"I think they're going to die from using it because they do," Annette Sprader, a grandmother in the school district said.

"It's kind of a bit alarming when it hits that close to home," Keith Schnick, a father in the school district said.

The difficulty lies in catching those who do it. Vaping causes no familiar scent to traditional tobacco or marijuana use and the products used to vape can be highly inconspicuous.

Nowakowski had several devices that look like everyday products. Many are familiar with the flash drive shape and look of the popular Juul vaping products, but there are much more sophisticated products.

"This is a fidget spinner vape device," Nowakowski said while spinning the product. "This one looks like a makeup compact but it's actually a dual chamber. [And,] I did an entire presentation wearing this watch and then at the end, I was like, by the way, I'm wearing vaping devices."

She also had other products that look like key fobs for cars. All of the products are not only easily concealed but can hide in plain sight. So if students get their hands on a product like this, they could easily go into a bathroom, stairwell or other semi-private place in school to use it.

Because they don't know how strong the THC product is, Nowakowski says some kids are having adverse reactions in schools she goes to around the midwest.

"Schools are reporting, they're going to the bathroom, hitting their dab pen, hitting their THC cartridge and they're blacking out," Nowakowski said. "They call it greening out because the THC concentration is so high, their brain can't handle it. They're getting med alerts for kids who pass out in the bathroom or cafeteria because of the high concentration of THC. That's obviously very concerning for parents and schools."

Nowakowski says many schools are implementing ways of catching kids in the act by putting faculty in bathrooms or even banning the use of scented plugins because it can hide the fruity scents some vape products give off. She says some schools are fining kids up to $250 and getting police involved if they find THC. But it all comes down to parents getting involved if they find something suspicious.

"As parents, we don't know if they're using it or not," Nowakowski said. "We recommend using nicotine tests. It stays in the system for three days. There are also drug tests out there just to make sure they're not using. Parents will say, 'I don't want to invade my child's privacy.' But if you find something early on it could prevent a lifetime of addiction. So if you can, search their room, look for things, find things and if you find them, police are all really great working with families."