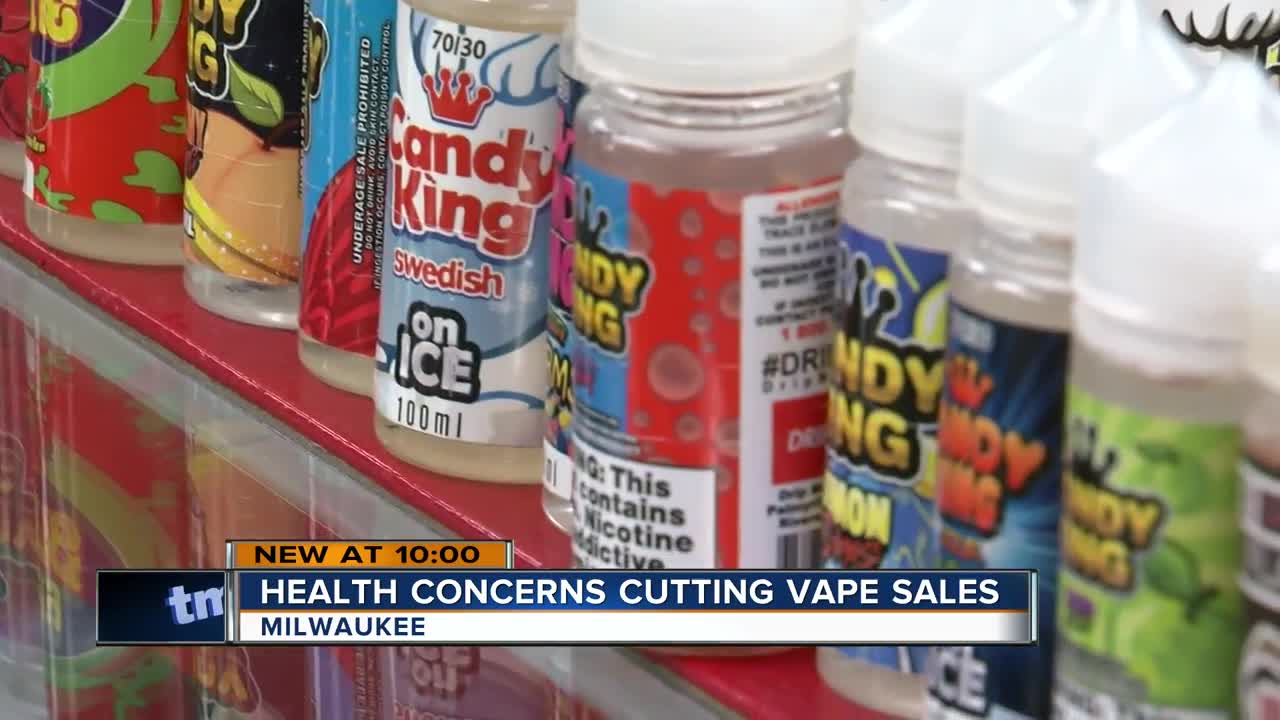 It's a dramatic step to regulate the devices linked to six deaths and hundreds of reported lung injuries across the country.

The owner of Lakeview Vapor said people are afraid of purchasing e-cigarette products now, but he believes banning flavors is misguided.

Matthew Murphy knows the vast majority of e-cigarette juice would have to be pulled from his shelf if the feds issue a ban targeting flavored vapes.

Murphy has owned his shop for about seven years, but he didn't start seeing sales significantly drop until the last month. That's as news spread of a nationwide outbreak tied to vaping.

"It's sad. It may be chasing a potential customer that would use it to save their lives to get off of cigarettes away from the product and that's what I'm seeing at this point," he said.

While Murphy disagrees with the flavor ban, Paul Billings with the American Lung Association says it's about time.

"There are nearly 10,000 different flavors and brands of e-cigarettes out there like cotton candy and gummy bears, these are all designed to hook kids," Billings said.

Billings said Wisconsin was one of the first states to identify the problem. The Wisconsin Department of Health Services has investigated 34 cases of severe lung disease.

"The majority of cases reported using e-cigarettes or other vaping devices to inhale THC-containing products, such as waxes and oils," reads the DHS website on the outbreak.

While it's still unclear which products are to blame, Billings suggests staying away from all vaping devices.

"We do know there are reported cases linked to all kinds of different products, so we don't know what's causing all the problems," he said.

Murphy believes the president would be better off limiting the percentage of nicotine that's allowed in vaping cartridges rather than flavors.