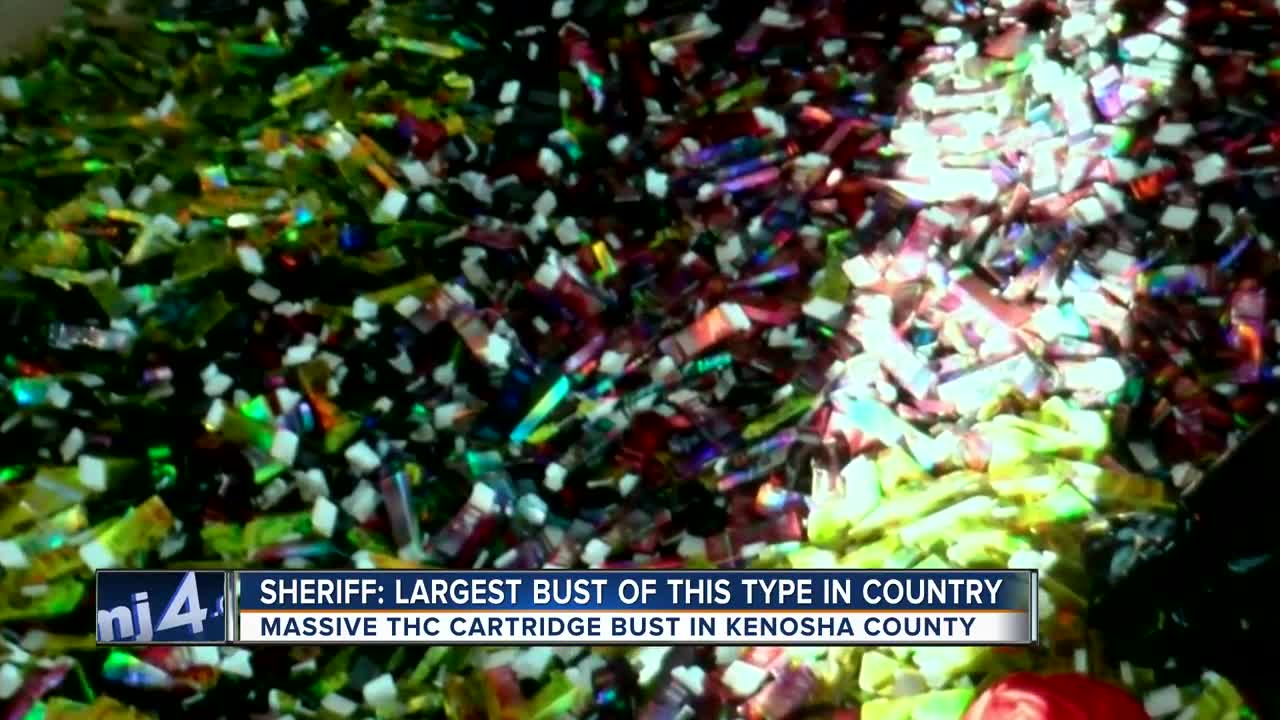 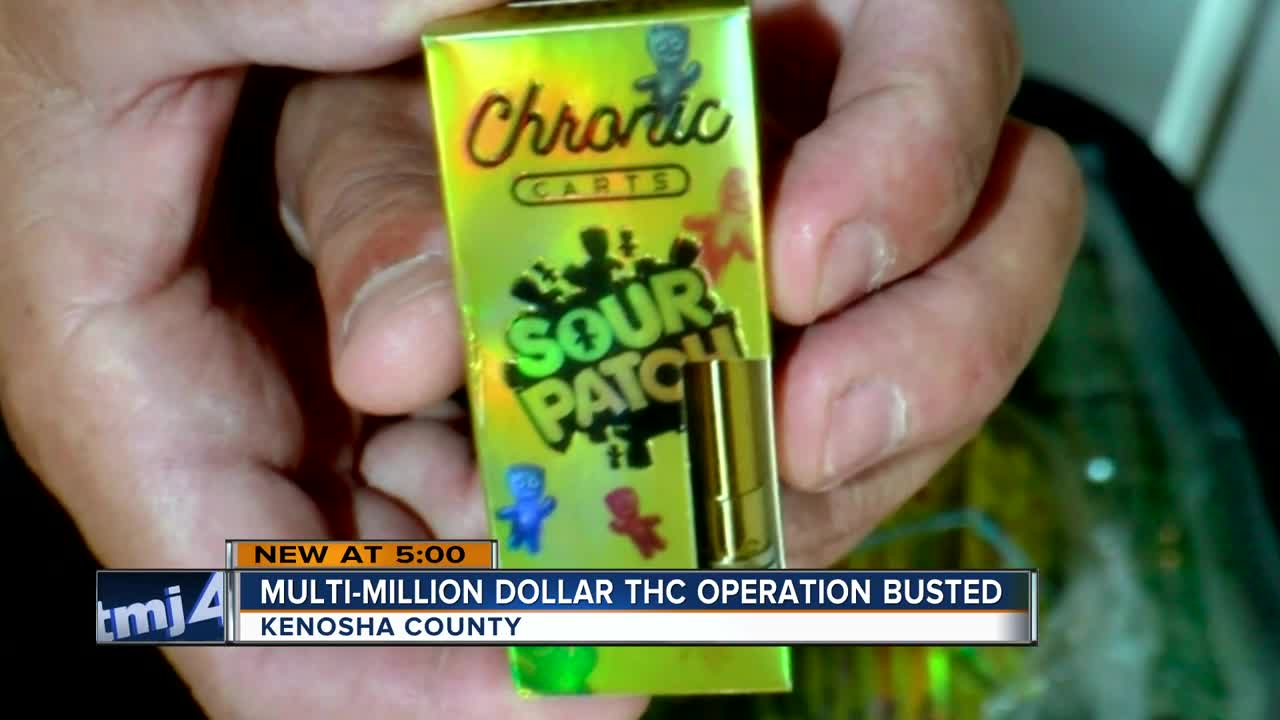 Investigators say that 20-year-old Tyler Huffhines was manufacturing the bogus cartridges to be used with vape pens. His employees filled about 3,000-5,000 cartridges per day for the last two years, police said.

"Based on how everything was set up, this was a very high-tech operation that was running for some time," said Andrew Burgoyne, Kenosha County assistant district attorney.

Police conducted a search warrant of Huffhines' home in partnership with the DEA last week, seizing 18 pounds of marijuana, 31,200 cartridges filled with THC, along with 57 mason jars filled with THC oil, eight firearms and nearly $20,000 in cash. Sheriff Beth says the THC seized has a street value in excess of $1.5 million.

Sheriff Beth said this is likely the largest bust of this kind in the country. With news of deaths and severe illnesses linked to vaping, the sheriff thinks Huffhines could be at the center of the deadly vaping crisis across the country.

"Of this type, it's the largest we've had," Beth said. "As far as I know, probably one of the largest in the country. This is not recreational use. This is a major marijuana operation that deals with distribution across the country and people are getting hurt and dying every single day."

The investigation started in July when two parents in Waukesha went to police after finding THC products their son had. Investigators were able to figure out where he got it and who supplied it. They say their investigation lead to Huffhines.

"If it wasn't for the parents coming through and holding their son accountable, we wouldn't be here today to give information on the gravity of this vaping epidemic going on in the nation right now," Capt. Dan Baumann said. "We were able to work five tiers up through Waukesha, Waukesha County and lead us to Kenosha County."

Law Enforcement says the operation put the cartridges in packaging with candy logos and fruit flavors. They also say the amount of THC in these cartridges was significantly higher than what the packaging said and law enforcement is investigating whether they're being sold incognito or under the counter at vape shops and gas stations in the area.

"On the back, it does say it has THC in a very small amount," Beth said. "I think it was five milligrams if I remember right. They're packaging them with 1,000 milligrams of THC. It's not candy. It's highly potent drugs."

Because of the size of this bust, Beth says they're encouraging other agencies across the country to contact them and see if Huffhines could be connected to their issues.

"Across the nation, we've lost six people," Beth said. "Hundreds and hundreds have been hurt. I'm very curious and willing to work with any agency throughout the country to what they have anyone was hurt in. We want to bring all involved, whether here in Southeast Wisconsin or anywhere across the nation, we want to put the people involved and hurting others, we want to lock them up. We want to take care of this."

Huffhines was arrested Thursday. He was being held on a $500,000 cash bond on charges of manufacturing/delivering THC, drug possession, maintaining a drug trafficking place and misusing identifying materials.

Jacob Huffhines, Tyler's brother, is also in custody on a probation violation, possession of a firearm by a felon and possession of cocaine (2nd offense). However, Beth says he believes he could be involved as well. Both men are expected in court on Friday.