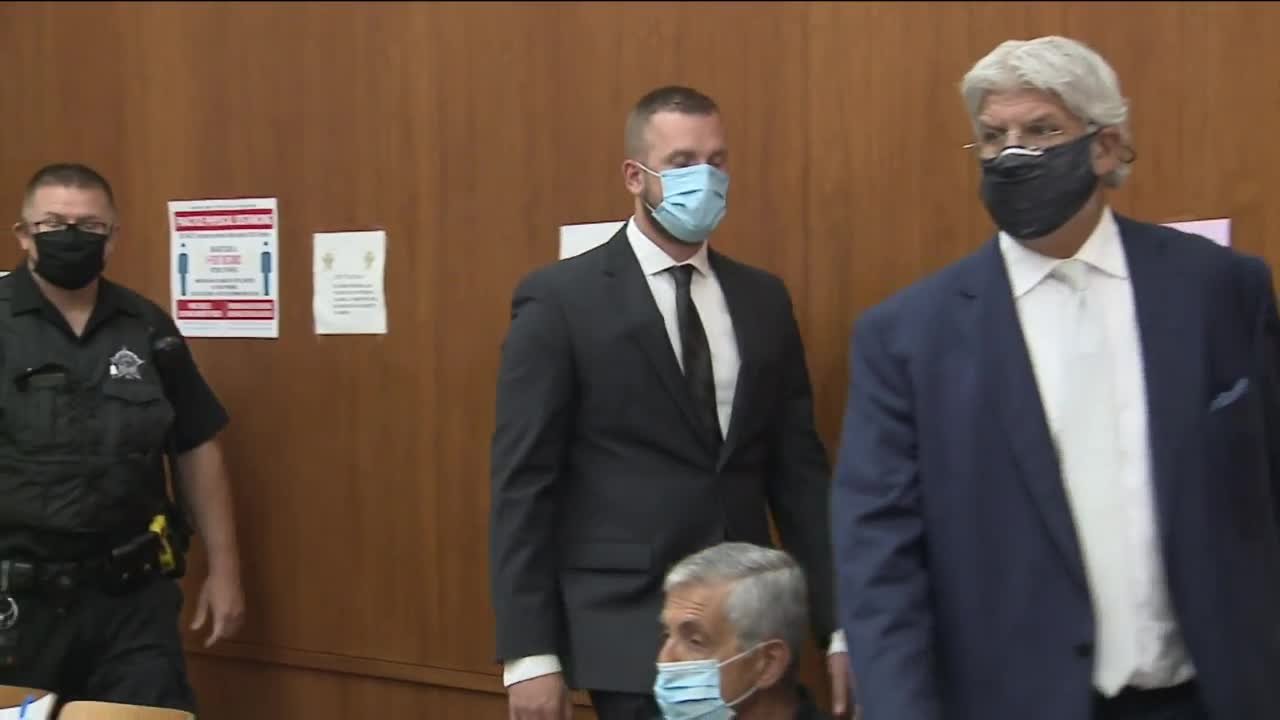 An off-duty officer charged with killing Joel Acevedo after putting him in a chokehold now faces new consequences. Disciplinary charges have been issued by the Milwaukee Fire and Police Commission.

MILWAUKEE — An off-duty officer charged with killing Joel Acevedo after putting him in a chokehold now faces new consequences. Disciplinary charges have been issued by the Milwaukee Fire and Police Commission.

Mattioli is accused of killing Joel Acevedo while off duty in April during a party at his home. Court records say he held Acevedo in a chokehold after an argument.

Mattioli faces a criminal trial and now a disciplinary trial that could result in his termination. The attorneys for Acevado’s family say this has been a long time coming.

“The tragedy of this is there is a confession by the killer that he choked Joel Acevedo for 10 minutes. That’s what he told the investigator,” said Ben Crump, attorney for the Acevedo.

“It’s almost been three months and he has been receiving a paycheck from the City of Milwaukee for almost 3 months so we think it is well overdue,” said B'Ivory LaMarr, attorney for the Acevedo Family.

The Milwaukee Police Department issued this statement following the charges by the Fire and Police Commission.

“The Milwaukee Police Department appreciates that the community is seeking immediate resolution of this employment matter. As of May 19, 2020, the Milwaukee Fire and Police Commission is the only entity that has the authority to discipline, including discharge, Officer Mattioli for his off duty actions.”

Along with Acevado’s attorneys, others including Milwaukee Mayor Tom Barrett have called for Matiolli’s immediate termination. An issue Mattioli’s attorney Michael Hart says makes it hard for his client to get a fair trial.

“These charges were expected. The mayor has repeatedly called for Mattioli’s firing. And in discussions with the Fire and Police Commission’s executive director in scheduling Mattioli’s interview. She proudly proclaimed she was in constant communication with District Attorney John Chisholm about the matter. Such behavior is in direct conflict with Mr. Mattioli’s due process rights and left him with no choice but not to participate in what has all the makings of a shame proceeding,” said Hart.

Attorneys for Acevedo’s family are now asking for the body cams from the responding officers.

“I do believe the Acevedo family believes this is a step in the right direction to getting justice,” said Crump. “We are going to bring legal action to get the video and the 911 tapes released.”