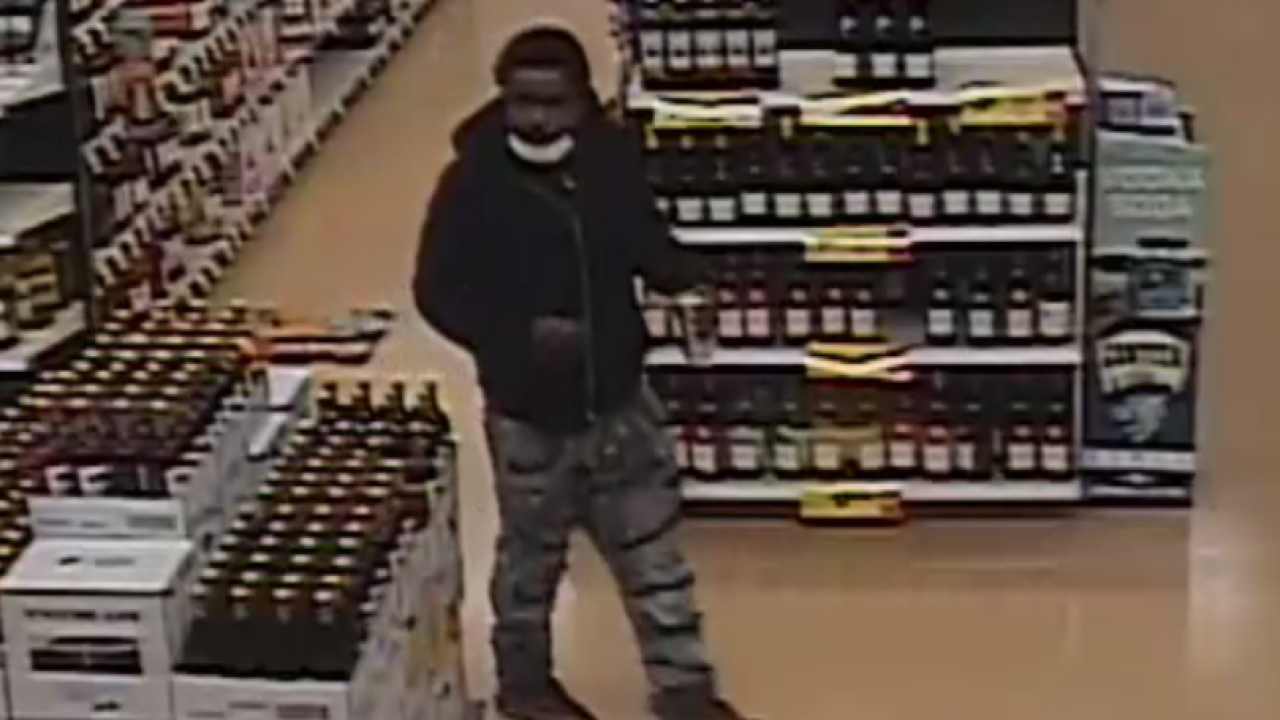 The suspect, according to police.

MILWAUKEE — Milwaukee police are asking for your help locating a suspect accused of robbing a business on 35th Street Tuesday.

MPD says the armed robbery happened at what appears to be a convenience store in the 2300 block of North 35th Street around 9:27 a.m.

The suspect entered the business and stole property, police say. When confronted by a worker, the suspect revealed a knife and then left, according to police.

The suspect is described as male, 35-40 years of age with short hair. He was last seen wearing a white facemask, black hooded sweatshirt, blue jeans and red with white shoes. He was armed with a knife, according to MPD.