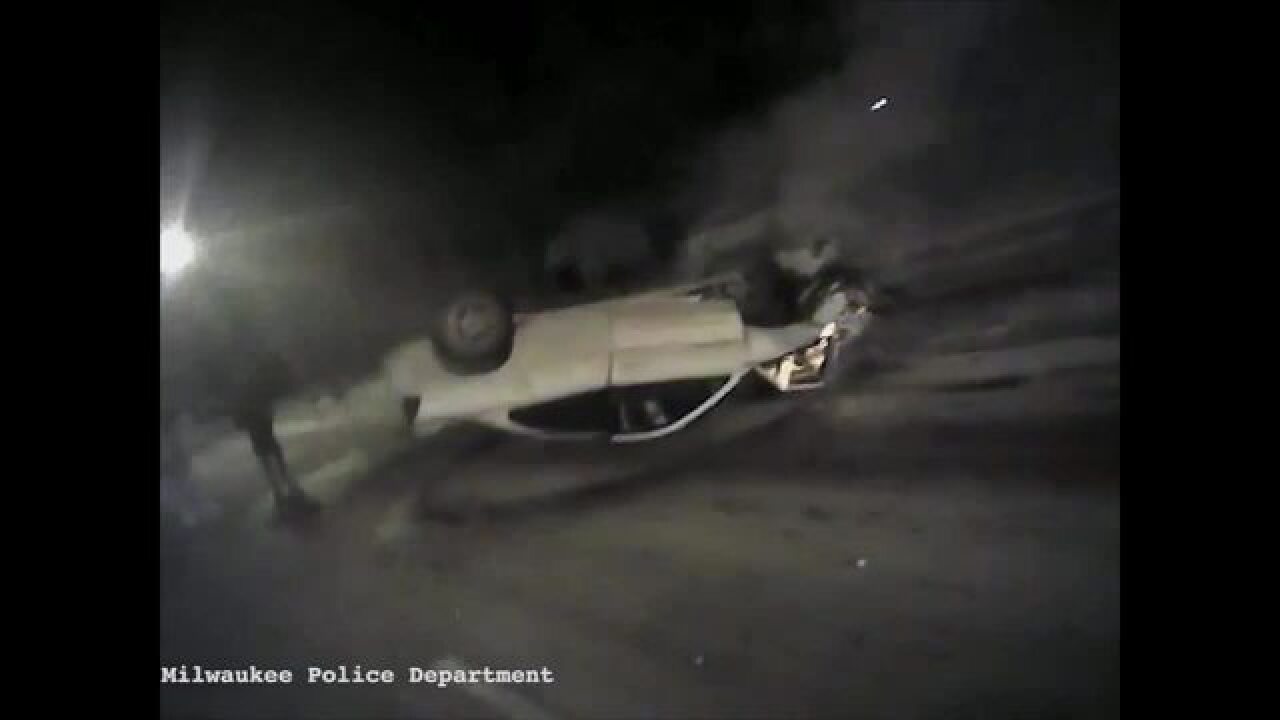 Officers from the Milwaukee Police Department risked their lives rescuing two people from a burning vehicle.

According to MPD, officers were chasing a car sped away from an attempted traffic stop when they came upon another car, overturned and on fire Tuesday evening.

District Four officers rescued the driver and a passenger from the burning car. The driver was a 16-year-old male from Milwaukee and the passenger was also a teenage male. Though officers only pulled the two out of the vehicle, a third teenage passenger was found nearby. All three were transported to the hospital for treatment.

The officers on scene will be nominated for awards within the Milwaukee Police Department for their heroic actions.