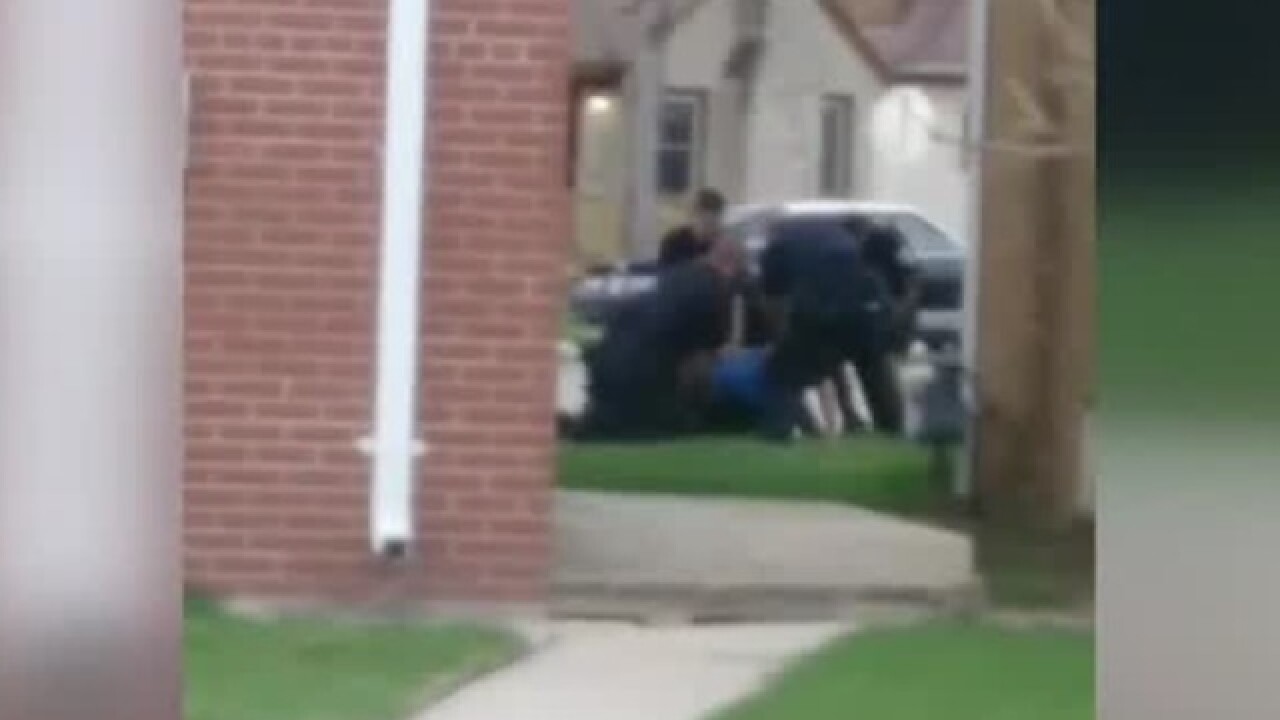 Milwaukee police have released body camera footage of the altercation near 51st and Capitol.

Four police officers that responded were hospitalized, as well as the person they arrested.

Police say a 25-year-old man suffering from a mental health episode had become extremely violent toward his family members and other individuals in the neighborhood.

The officers located the man walking in the 5100 block of W. Medford and attempted to speak with him. Police say the man responded incoherently and refused to cooperate with the officers.

After the officers attempted to arrest the man, police say he ”assumed a fighting stance and physically attacked an officer.”

The man is accused of physically charging and throwing multiple punches at the officers. The incident continued for several minutes until the suspect was eventually taken into custody.