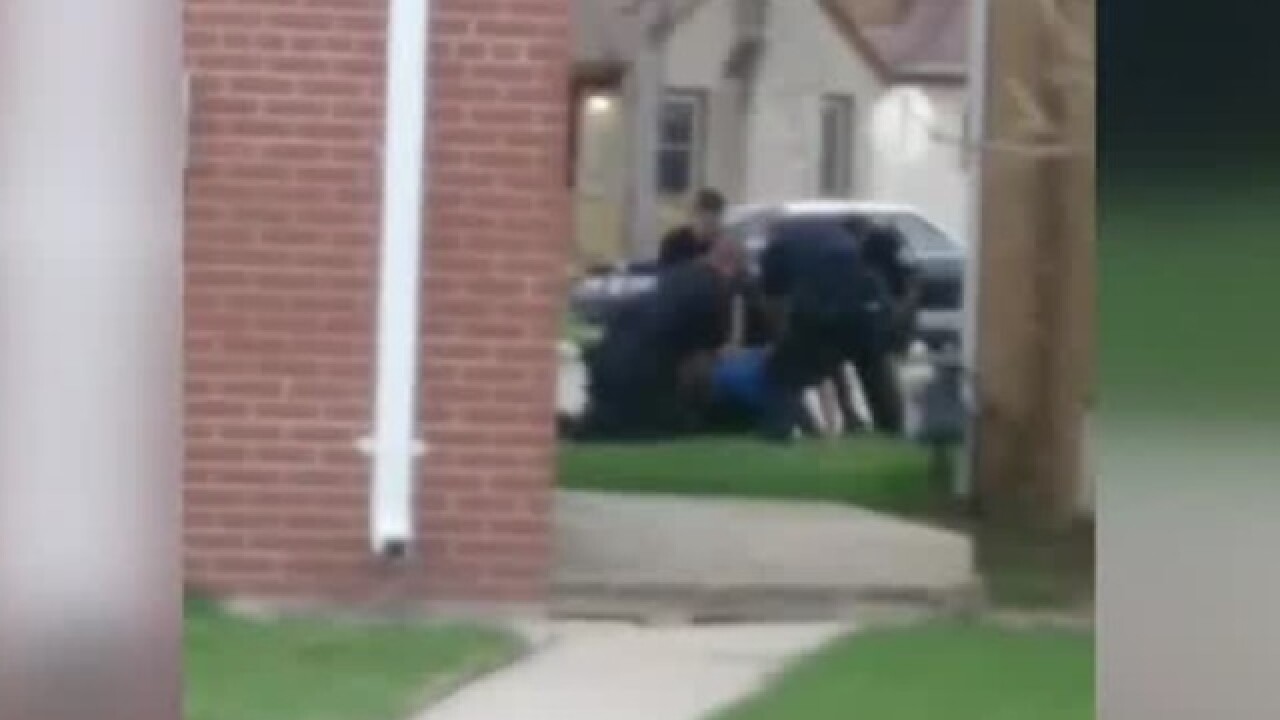 Four Milwaukee Police officers are recovering after getting into a fight with a man after responding to a domestic violence call Wednesday.

Police say a 25-year-old man suffering from a mental health episode had become extremely violent toward his family members and other individuals in the neighborhood.

The officers located the man walking in the 5100 block of W. Medford and attempted to speak with him. Police say the man responded incoherently and refused to cooperate with the officers.

After the officers attempted to arrest the man, police say he ”assumed a fighting stance and physically attacked an officer.”

The man is accused of physically charging and throwing multiple punches at the officers. The incident continued for several minutes until the suspect was eventually taken into custody.

The four officers received a variety of injuries ranging from significant facial injuries sustained from punches, to swelling and contusions to the head, face and body.

"There’s so much chaos going on -- I don’t even know what to make of it anymore," bystander Paula Greenlaw said.

Ann, who lives in the area but didn't want to give her last name, said her children witnessed most of the commotion.

“[My kids said], 'the police outside they got that boy, they got that man,'" Ann said. "[I asked] what man and they said some man they were chasing —they caught him," she continued.

Police say the suspect was taken to a local hospital with minor injuries and will receive a mental health evaluation.

Anyone with further information about the incident is asked to call the Milwaukee Police Department at 414-935-7360.