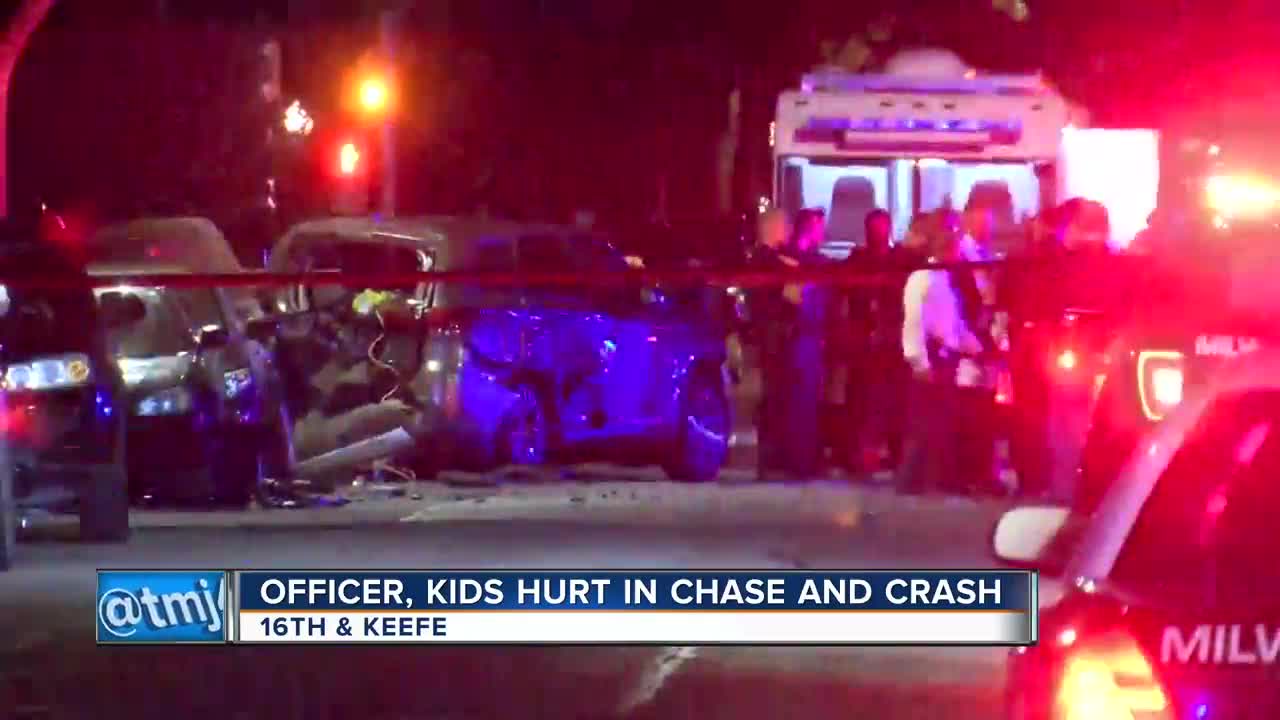 A Milwaukee police officer and two children are in the hospital with serious injuries after a crash late Tuesday night.

Milwaukee, WI - A Milwaukee police officer is in serious condition after a chase involving a reckless driver.

The crash ended near 16th and Keefe right across the street from a school.

“It was bad, it was bad,” Vincent Luckett said.

Vincent Luckett said he and his family were outside grilling when a violent crash changed the course of their night. His 7-year-old nephew was one of two young boys injured when the driver speeding from police collided with another vehicle. That vehicle crashed into a parked car that was forced onto the sidewalk, slamming into the two boys.

“It was like unbelievable," said Luckett. "I was just like stunned at first, and I had to run and grab him."

In all, six people were injured in Tuesday night’s police chase turned crash.

According to Police Chief Alfonso Morales, officers spotted a “suspicious” looking car near 15th & Capitol-- and they believed it had been part of a robbery. Officers tried to stop it-- but the suspect took off. The chase eventually ended near 16th & Keefe when the suspect crashed.

“It’s pretty sad because people just think they can do whatever they want when they drive a vehicle,” Matt Thomas, a neighbor, said.

One of the responding officers was struck by another squad as it arrived on the scene. The suspect and his passenger were also injured, taken to the hospital, and they’re now in custody.