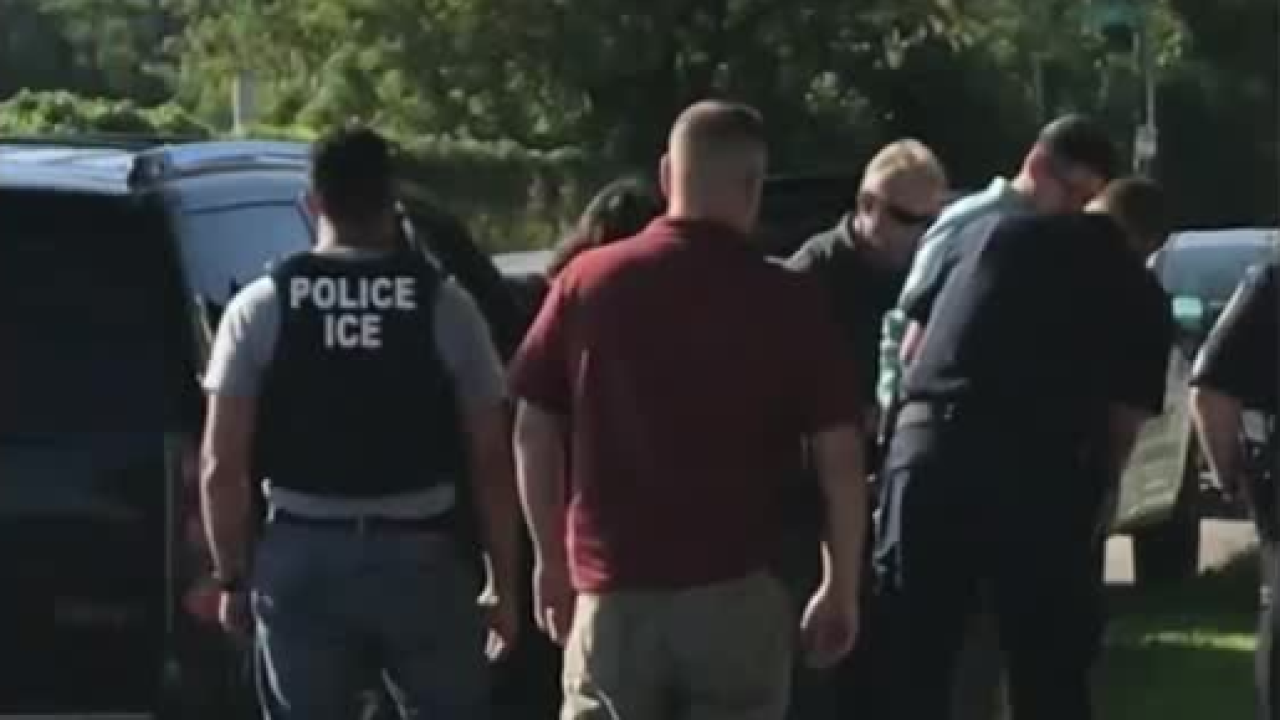 MILWAUKEE — The Milwaukee Fire and Police Commission has suggested changes to Milwaukee Police Department's procedure for working with ICE.

Milwaukee Police did not elaborate on the possible policy changes. They are currently under legal review by the Milwaukee City Attorney's Office.

The department has been under fire from immigrant rights groups, after they were involved in an arrest with U.S. Immigration and Customs Enforcement (ICE) officers. On September 23rd, officers with the department assisted ICE in apprehending Jose De La Cruz, who was in violation of his probation and had an active federal warrant. That appeared to go against department policy that officers would not participate in immigration enforcement.

Reports of the recent incident with Immigrations and Customs Enforcement (ICE) should not be used to undermine these efforts. On Monday, September 23, 2019, the Milwaukee Police Department responded to a request for assistance from law enforcement officers from ICE. Officers assisted ICE in their apprehension of Mr. Jose De La Cruz, who was in violation of probation and had an active federal warrant. Mr. De La Cruz has a criminal history of firearms possession, delivery of controlled substances, battery, receiving stolen property, disorderly conduct, and obstructing. Officers from the Milwaukee Police Department were able to engage in active dialog with Mr. De La Cruz which de-escalated the situation and allowed him to be taken into custody without incident.

The Milwaukee Police Department does not engage in ICE sweeps and actively works with various immigrant communities to ensure their safety and security while living, working, and raising their families in the city of Milwaukee. This department will continue to engage the immigrant communities in an effort to reduce fear and we invite Voces De La Frontera to join us in our efforts.