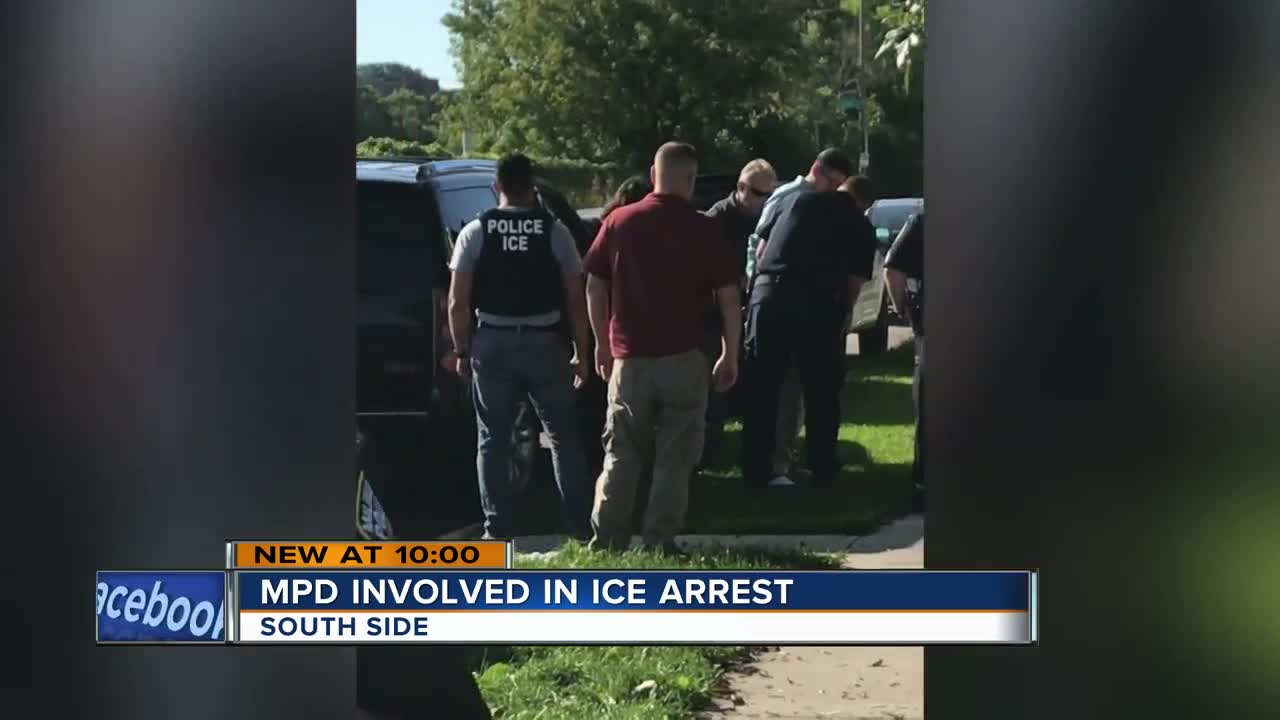 Jose De La Cruz was arrested Monday morning on Milwaukee's south side. His wife Kristine De La Cruz says she and her husband were in their SUV in front of their home when ICE agents approached. The family asked for an arrest warrant and when the agents did not have one, De La Cruz said she waited in the car and called the hotline for immigrant rights group Voces De La Frontera. Advocates from that group arrived on scene and recorded the incident.

De La Cruz says Milwaukee Police Officers arrived and said they were there to make an arrest for a probation violation.

"Another officer reached his arm and unlocked my car door and opened the doors, pulled my younger daughter out and pulled my husband out of the car," said De La Cruz.

She says her husband has been in the country illegally since 2001 and was in the process of trying to become a legal resident. She and her three daughters are all citizens.

De La Cruz had been on probation for a 2017 gun violation, an incident where De La Cruz says her husband was driving her vehicle with her legal handgun inside.

At the time of his arrest Monday, De La Cruz said her husband's probation officer said there were no active warrants for his arrest, but that she was issuing one at that moment.

As of right now, MPD and ICE have not said what the probation violation was that prompted the arrest.

"The way they went about doing it, I think that is important. That there is collaboration here with ICE here in Milwaukee," said Torres.

"Enforcement of the nation's immigration laws is the responsibility of the federal government, particularly the United States Bureau of Immigrations and Customs Enforcement (ICE). Accordingly, the Milwaukee Police Department does not unilaterally undertake immigration - related investigations and does not routinely inquire into the immigration status of persons encountered during police operations. This prohibition does not preclude the department from cooperating with federal immigration officials when requested, or from notifying those officials in serious situations where a potential threat to the public is perceived."

Milwaukee Police directed all questions about the warrant to ICE officials. ICE officials did not return TODAY'S TMJ4's request for information.