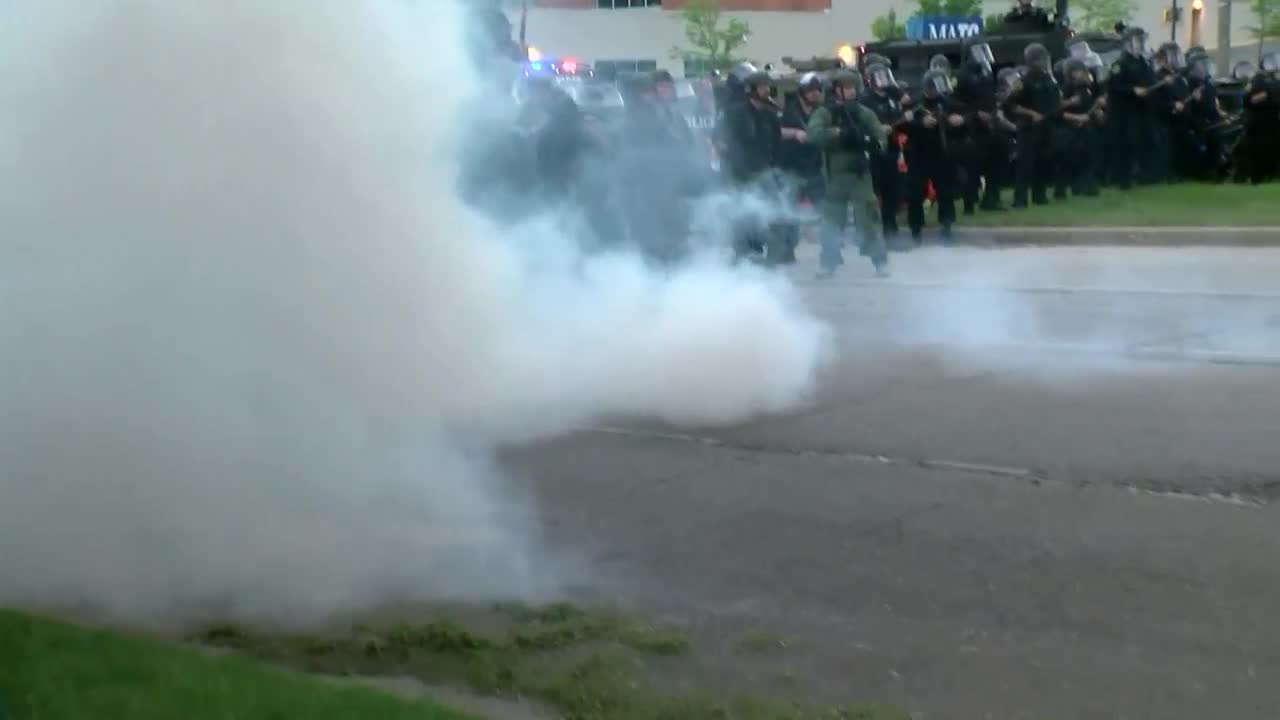 Minutes after Milwaukee Police declared a gathering of protesters 'unlawful,' officers use gas to disperse a crowd north of downtown Milwaukee that until then had been chanting "we are peaceful." 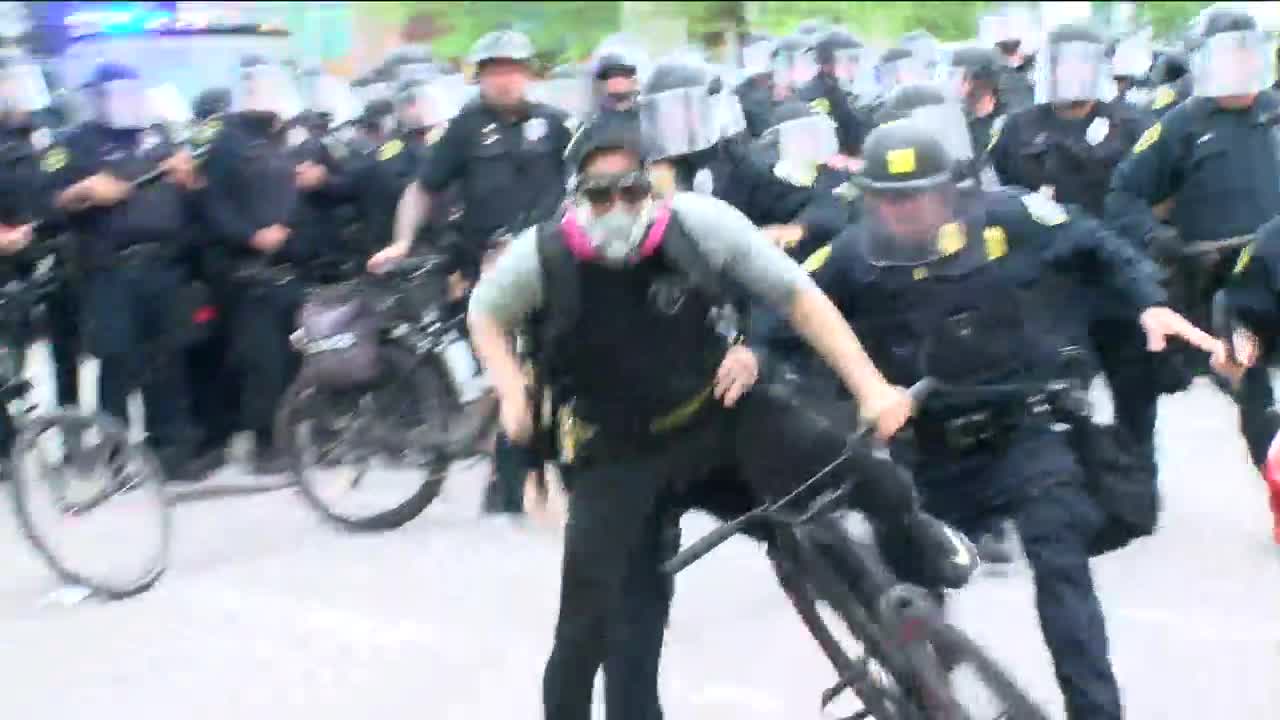 MILWAUKEE — Minutes after Milwaukee Police declared a gathering of protesters 'unlawful,' officers used tear gas to disperse a crowd north of downtown Milwaukee that until then had been chanting "we are peaceful."

As protesters chanted, police moved to detain a man standing near the police line with his bicycle. That's when officers began using gas to disperse the crowd.

In an emailed statement, police said the assembly was declared unlawful after protesters were "throwing rocks and glass at our officers." They also said a man in the crowd with a gun was taken into custody.

The interaction follows hours of peaceful protest that saw the group march throughout the streets of Milwaukee, beginning in Bay View's Humboldt Park.

Milwaukee Mayor Tom Barrett has said there is no curfew for 9 p.m. tonight at this time, but did mention he reserved the right to institute one with little to no warning.