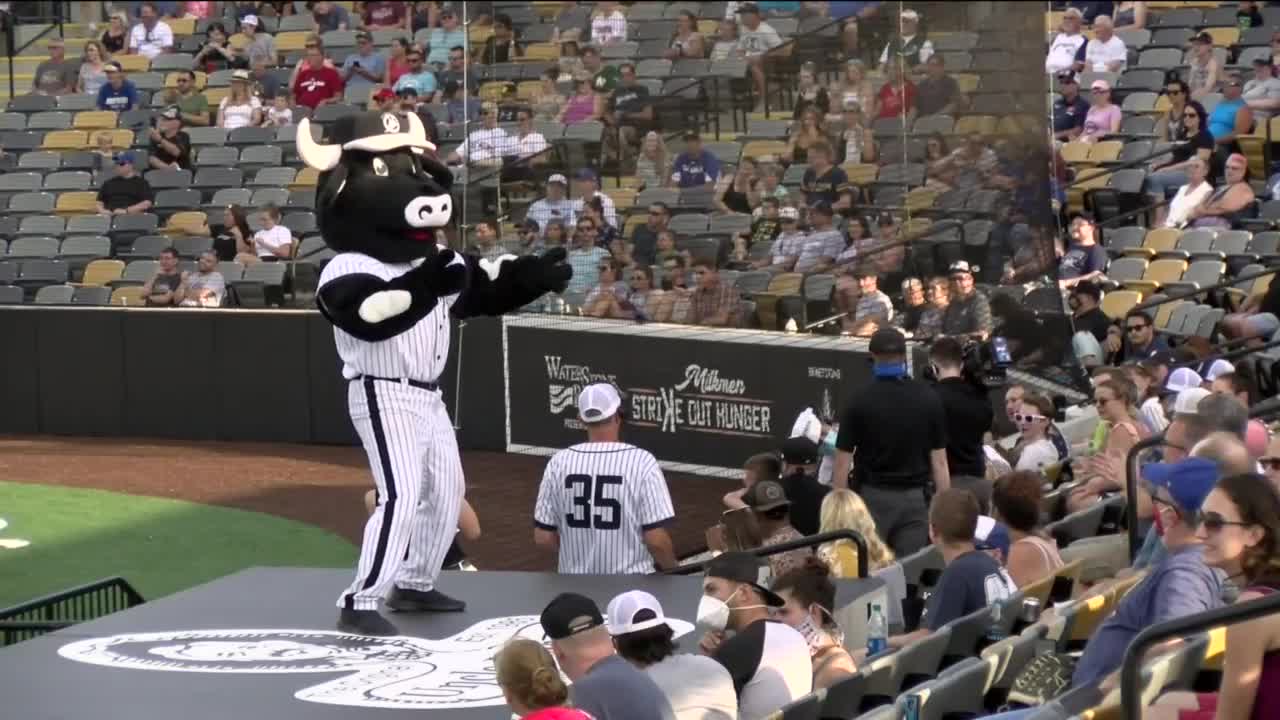 The Milwaukee Milkmen returned to the field Friday night for their season opener against their rival, the Chicago Dogs.

MILWAUKEE — The Milwaukee Milkmen returned to the field Friday night for their season opener against their rival, the Chicago Dogs.

Unfortunately, the Milkmen fell short to the Dogs 2-1 with their only run coming in the ninth and final inning.

The Dogs scored their first run in the third inning off of a home run hit from Tony Rosselli. Their second and final run came in the fifth inning after a stolen base and error on Milwaukee.

Even with the loss, fans were thrilled to be back at the ballpark. Some even said that this may be their only opportunity in 2020 to watch a professional baseball game in person.

"It's really crazy just to think it's 45 minutes from my home, just being able to come out here, the first one of the year, it's a great feeling," said baseball fan Johnny Rowe.

Some fans even showed up not in Milkmen gear, but Brewers gear.

"We hope to be at opening day for the Brewers, but any baseball we can get we'll take. Baseball fans are starved for some baseball, so we're ready," said one fan at the game.

While Friday night's game was sold out, there's still hope for the Saturday and Sunday games. To get tickets, click here.

The Milkmen continue their series against the Dogs Saturday, with first pitch at 1 p.m.