Middleton, the Bucks prepare for their return 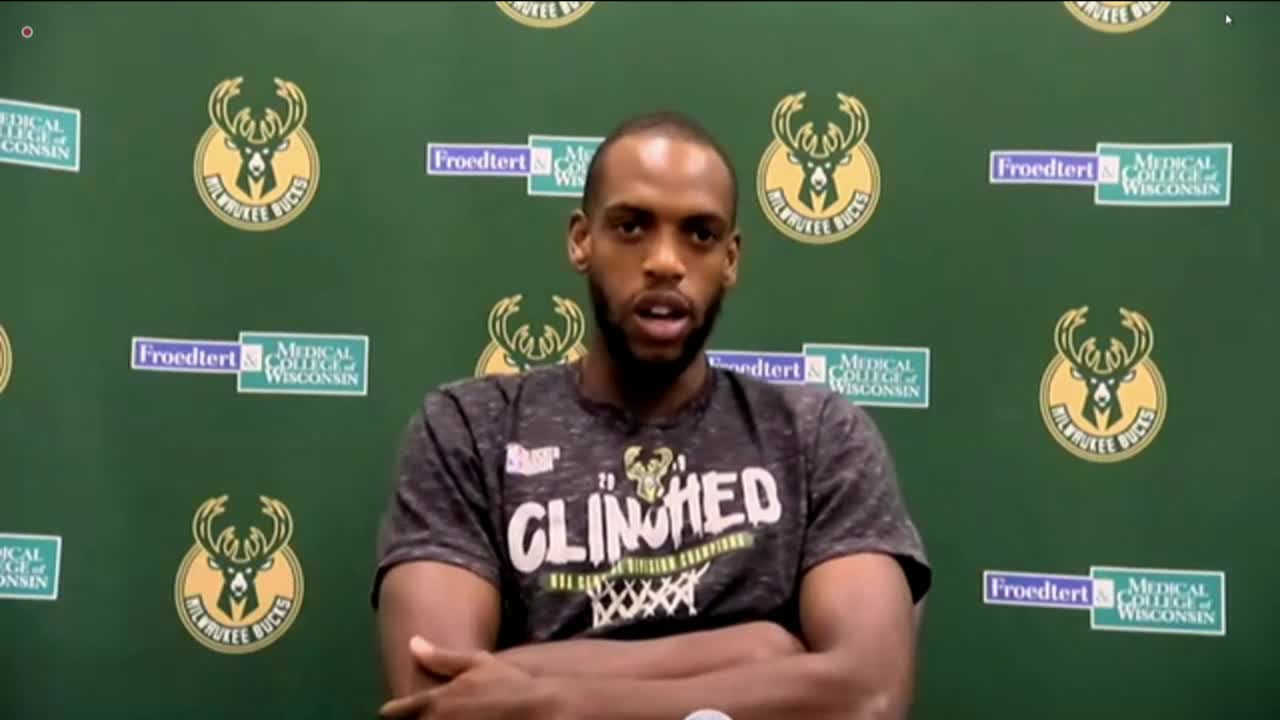 We're used to seeing the Bucks together, but as of right now, they can only do individual workouts.

We're used to seeing the Bucks together, but as of right now, they can only do individual workouts.

I asked Khris Middleton on what it will be like, when they can finally go 5 on 5. Is it going to be a little weird, when they first get out there and try to do 5 on 5 stuff, and what are some of the things that they're going to have to get used to, once again, going forward?

"Oh for sure. I mean, one, you have to be comfortable around being around people again," Khris Middleton says. "I think for so long, we've been told to stay away from pretty much everybody. Which you know, can play mental games more than anything. And then when you add actually playing basketball games against you know, physical contact. It takes a while to get used to that physical pounding. Get used to that physicality, all that type of stuff, run up and down the court. It's not something that usually comes back within a week or two. It takes a little bit longer but, the way this whole thing in Orlando is set up? The, you know, the team that can, you know, pull it together the fastest or the quickest is going to have the best shot."

"Honestly, at the end of the day, it's basketball. And everybody here has been playing basketball their whole life, and when we were younger? We've gone times this long without playing basketball some of us. So when we get back into it, we just gotta be mentally prepared that there's going to be little bumps," Donte DiVincenzo says.

Middleton admits when the pandemic first hit, it threw him off his game.

"I think I was probably not able to touch a basketball for maybe two, three months. Which is definitely the longest I've been without a basketball, since I can't remember," Khris Middleton says.

Middleton, DiVincenzo, and the Bucks sure to have plenty more adjustments along the way to Orlando.