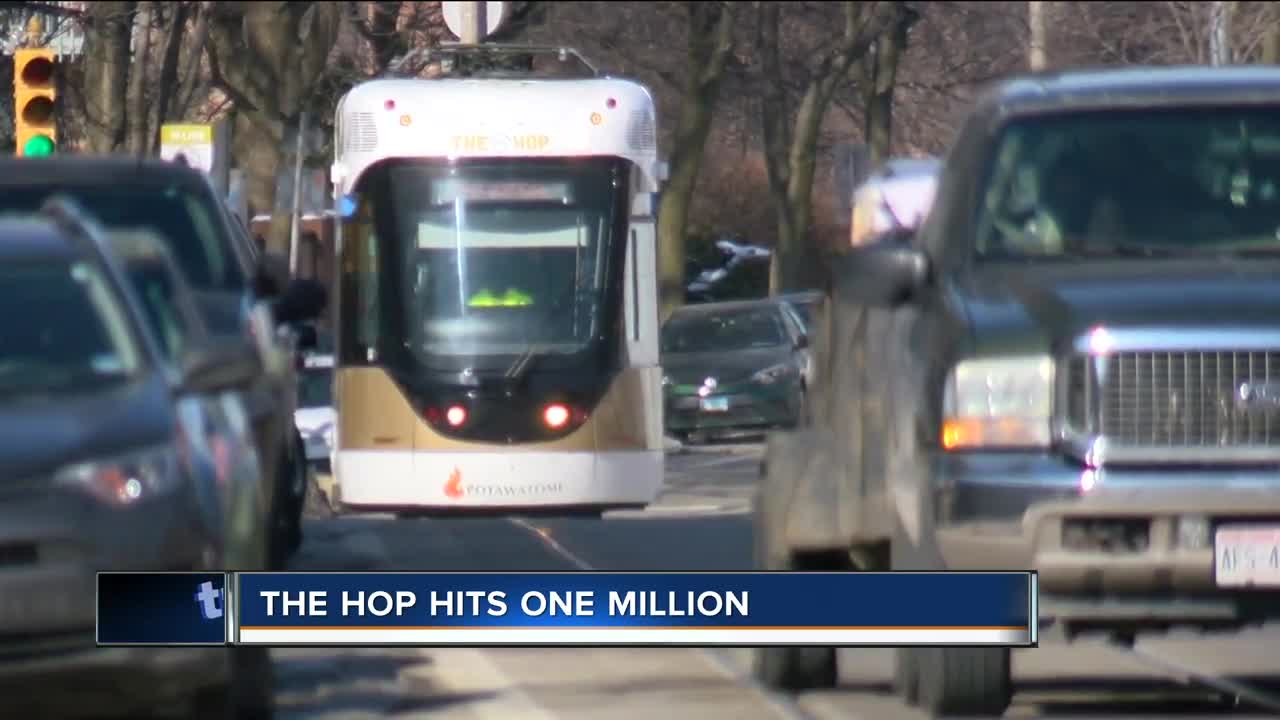 Milwaukee Mayor Tom Barrett surprised passengers aboard The Hop on Friday afternoon in celebration of reaching one million riders.

MILWAUKEE — Milwaukee Mayor Tom Barrett surprised passengers aboard The Hop on Friday afternoon in celebration of reaching one million riders.

The Mayor, alongside Alderman Bob Bauman, who represents the 4th District, and other supporters, handed out coupons to businesses along the route.

"We certainly want to get it extended into the neighborhoods, that's my goal," Mayor Barrett said.

A proposal to extend The Hop would take it from Dr. Martin Luther King Drive and North Avenue in Bronzeville to at least 1st Street and Pittsburgh Avenue in Walker's Point.

Brandon Tolbert, who lives in Bronzeville, takes the bus every day to get to and from work downtown.

"The Hop would help if that was a secondary mode," Tolbert said.

Plans to expand The Hop to the Wisconsin Center failed to pass through the Common Council last summer. The Hop would have made it just south of Fiserv Forum in time for the Democratic National Convention. That expansion, including the planning portion for Bronzeville and Walker's Point, would cost about $46.8 million. The Common Council approved $20 million in 2016.

Some critics say The Hop is not worth the money.

"We don't have the population density to make it work, okay, from a financial standpoint it's a fiasco," said Ald. Mark Borkowski, who represents the 11th District. "We've got higher priorities, potholes, police officers, firefighters, that kind of stuff."

"I think it's pretty cool," said Anthony Eibes, who uses the streetcar to get to his internship. "I don't have to walk as far, but the intervals are very cold."

For now, The Hop remains free until the city installs infrastructure for ticketing.