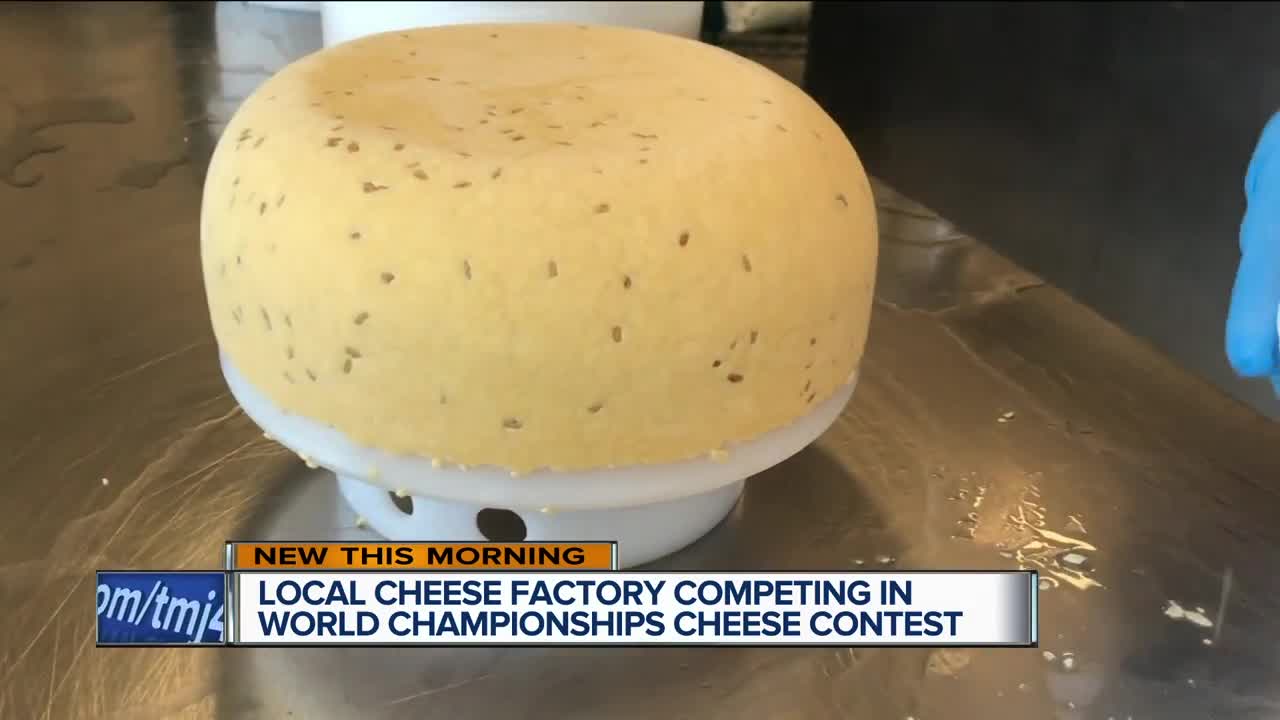 A Milwaukee creamery is hoping to win big at the World Championship Cheese Contest that will happen March 3 to March 5 in Madison.

MILWAUKEE — A Milwaukee creamery is hoping to win big at the World Championship Cheese Contest that will happen March 3 to March 5 in Madison.

The contest, which dates back to 1957, is the largest technical cheese, butter, and yogurt competition in the world.

The Wisconsin Cheese Makers Association said the field of entries has grown this year to 3,667 dairy products from 26 different countries.

The United States is strongly represented with entries from 36 states.

The group said the field of entries is judged by a team of "skilled technical dairy product judges" from across the globe.

Judges consider flavor, body and texture, salt, color, finish, packaging and other attributes before awarding a gold, silver, and bronze medal to the three highest-scoring entries in each class/category of cheeses.

Clock Shadow Creamery, in Milwaukee, will enter at least two cheeses into the contest.

Owner Robert Wills said Clock Shadow will submit one of its quark cheeses, as well as its double cream Colby cheese.

"We're maybe the only company that makes it," said Wills of the double cream Colby. "It's not quite double, but it's a higher, butter fat level than regular Colby."

Wills said Clock Shadow Creamery may be a smaller operation than some of its competitors, but he's confident his product can compete.

"All the cheese here is being stacked and churned by hand," Wills said. "We can produce cheeses, by hand, at least as good as what the machines can do."

But the public can attend the contest on March 3 and March 4. For details, click here.

Since opening in Milwaukee roughly eight years ago, Clock Shadow Creamery hasn't managed to secure a medal in the contest.

"Clock Shadow hasn't broken into this one yet, but this is the hardest competition there is in the world," Wills said. "Anyone can enter. But the real tough thing is getting a medal out of it."

Wills believes it's fitting that the World Cheese Championships will happen right here in Wisconsin.

"Wisconsin is the center of the cheese universe," he said. "We have a long tradition here of making cheese, but we also have programs like the Wisconsin master cheese maker program, and the Center for Dairy Research at the University of Wisconsin, which have taken us to a level of quality where we can really compete with any company, or any country, in the world."