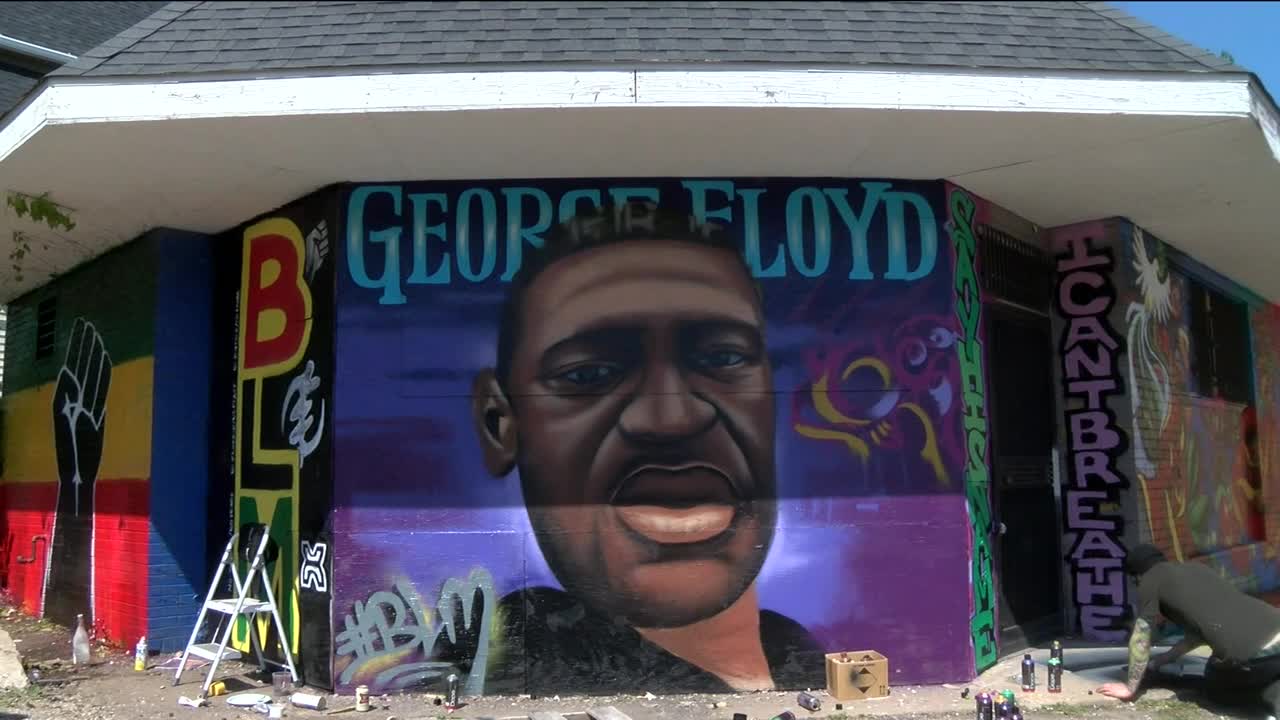 Milwaukee artists paint a mural of George Floyd and Dontre Hamilton to stand up to racial injustices.

MILWAUKEE — Artists from across the City of Milwaukee united together to stand for change by painting a mural of George Floyd on a building at the corner of North Avenue and Holton Street. The mural is meant to honor the memory of Floyd but also be a place where people can reflect.

"It starts with ourselves. We need to think and reflect on what implicit biases we have about different kinds of people...whoever they are we cannot be judging based on color of skin," said Alondra Garcia.

As Dom Whitehurst painted the letters 'BLM' standing for Black Lives Matter, he said this is one of the ways he is standing up to injustices across our nation.

"Our voices can’t be silenced we are out here strong in numbers," said Whitehurst.

For Gabreilla West, the emotions were raw as she reflected on what the mural meant to her. She said what happened to Floyd, could have happened to any one of her family members, and she refuses to stay silent.

"I have to take every chance that I have, use every breath I have, to breathe for the people who cannot breathe," said West.

Happening now: artist from across the City of Milwauke are working on transforming an abandoned building into a memorial mural for George Floyd. pic.twitter.com/nxWaIxc7bX

Artists also painted an image of Dontre Hamilton on the side of the building. Hamilton was shot and killed by a former Milwaukee Police officer in 2014.

The artists hope the mural will paint a picture of the need for equality and a country free of racism.