Miller Park, home of the Milwaukee Brewers, to be renamed 'American Family Field' 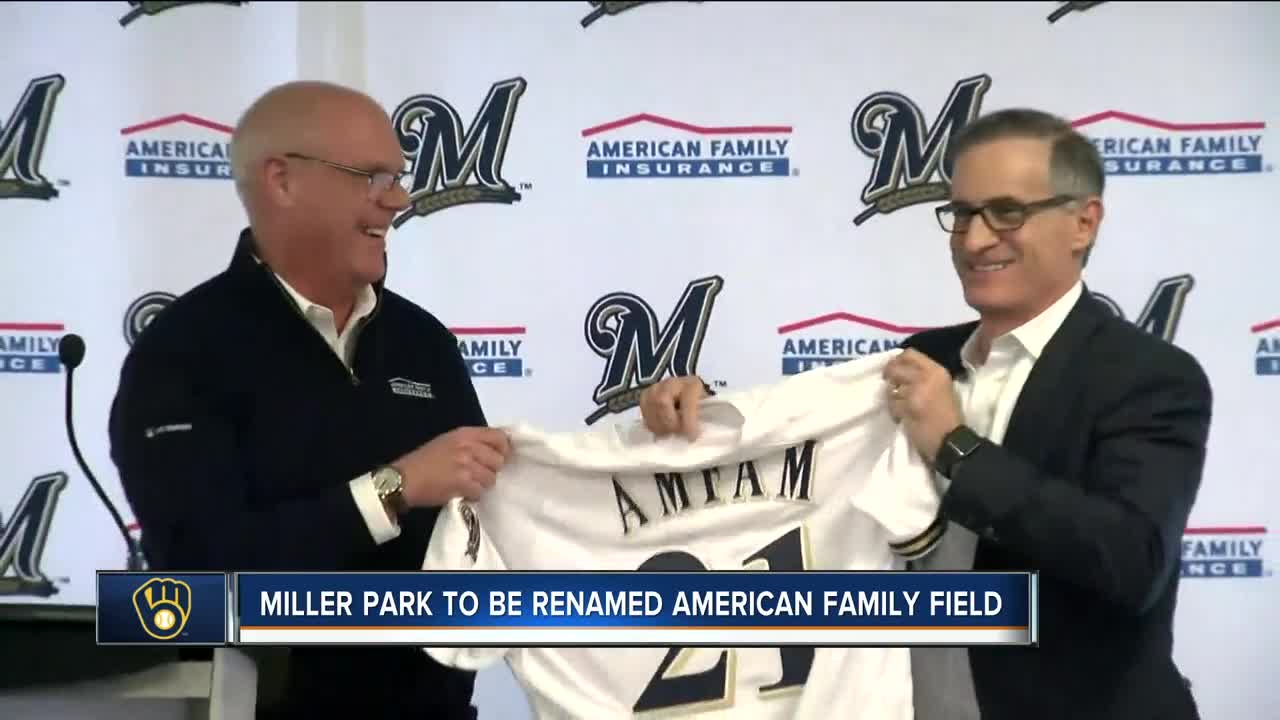 Miller Park will now be known as "American Family Field."

The Milwaukee Brewers announced a 15-year partnership with American Family Insurance nearly one year ago. The long-term partnership begins in 2021, as Miller Park's current naming rights contract expires at the end of this year.

“The name American Family Field incorporates what we learned from fans, the Brewers and marketing research that included analysis of our brand and other sporting venue names,” said Jack Salzwedel, American Family chair and executive officer.

We have reached out to the Milwaukee Brewers for comment, and are waiting for a response.

According to a press release, the ballpark logo and other branding elements will be announced later this year.