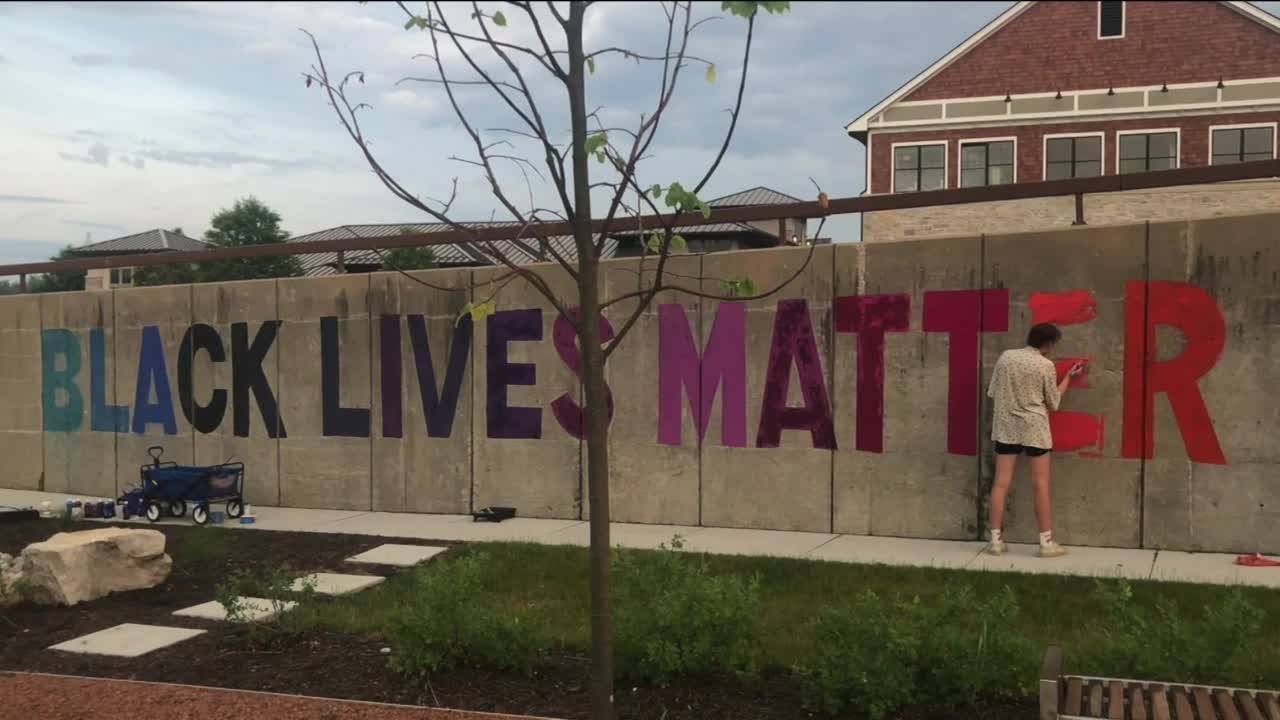 A Black Lives Matter mural in Mequon was taken down by the city. Both the mural organizer and the city’s mayor say they did the right thing based on what they were told.

MEQUON — A Black Lives Matter mural in Mequon was taken down by the city. Both the mural organizer and the city’s mayor say they did the right thing based on what they were told.

There is still a faint outline of where the Black Lives Matter mural was painted in chalk on the wall outside the Mequon Public Market at 6300 W. Mequon Rd. It was washed off without any warning to the mural’s organizer.

“It was a very inhumane thing to do and it really speaks to the level of racism that still exists in Mequon and the surrounding areas,” said Jessica Key, mural organizer.

Key says before the mural went up, she went to the city’s mayor to get permission. Mayor John Wirth says when she asked him, he told her he could not give her permission because it was private property.

But according to Wirth, he believed Key was asking for the mural to be chalked on the sidewalks of the Mequon Public Market, not the wall. Those sidewalks are privately owned. The wall is not. The wall is public property because it is considered to be part of the road.

In a statement the city said:

"Earlier today, a mural on City-owned property along Mequon Road between Buntrock Avenue and Weston Drive was removed by a City contractor. The mural, which was painted on a retaining wall adjacent to Mequon Road and the Spur 16 mixed-use development, was originally installed on Saturday, June 20, following a march coordinated by the organization Black Lives Matter. Presently, City ordinances do not allow for the installation of signage, art, or other visual displays without a proper permit. It is the City’s understanding that if it were to allow the mural to remain on City property, equal consideration would have to be provided to all parties interested in displaying other messages of any kind.

The decision to remove the mural, which comes nearly three weeks after installation, does not in any way reflect the City’s position relative to the message it portrays. Consistent with its longstanding tradition of being an open and welcoming community, the City seeks to treat every individual, business and organization with dignity, fairness, honesty, and respect, and to apply all laws, statutes, and ordinances equally and consistently, without exception."

The mural had been up since June 20th. The organizer says it was made of chalk and would have washed away.

“I feel there is no reason to have the mural removed. It was going to remove itself anyway because it was temporary,” said Key.

Key says she still hopes to put up other murals that spread the Black Lives Matter message around Mequon.