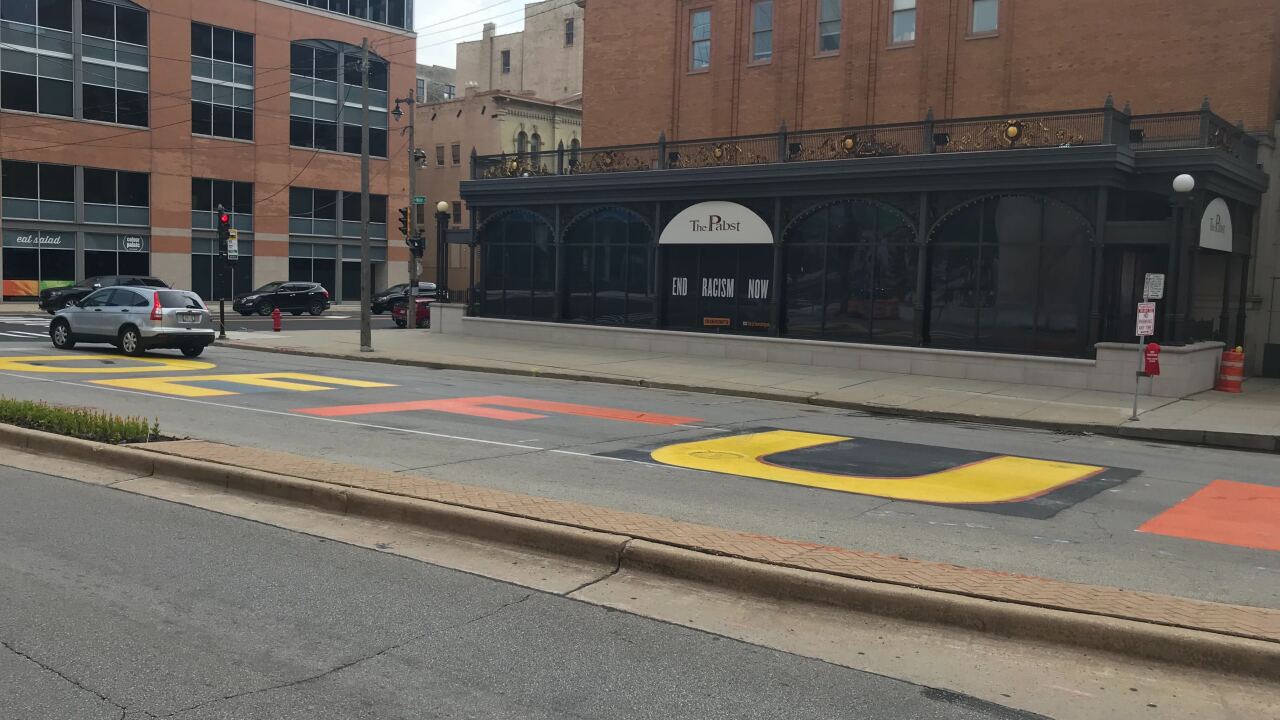 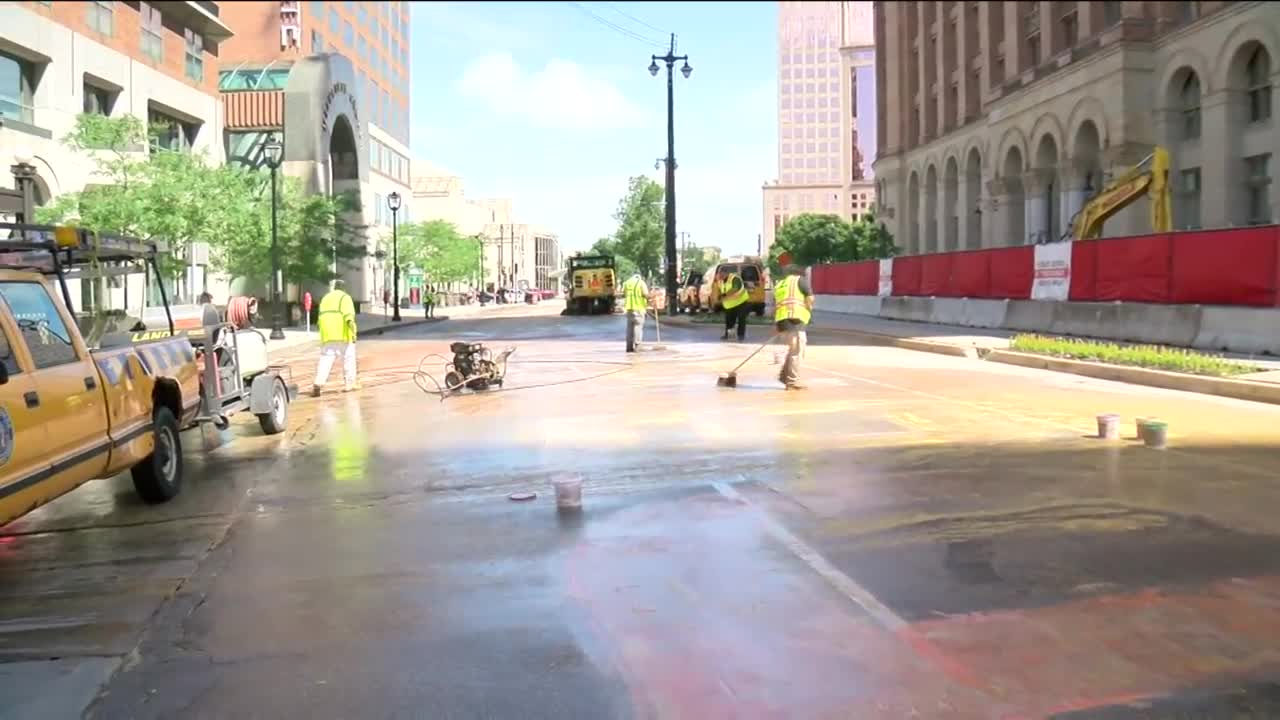 A street mural painted across a street downtown Milwaukee is being removed due to safety concerns from the city.

City officials said that "serious traffic safety concerns" had recently come to light over the painted protest message on North Water Street. The message reads "Defund the Police" and takes up an entire block of the southbound lanes of Water Street.

The mural read "Defund the Police" and at one point was painted over to read "Defend the Police." The city says the mural covers some of Water Street's traffic control pavement markings and is very slick when wet.

“The message painted on Water Street has been heard loud and clear by policymakers in city government, and the Department of Public Works has no intention to diminish the voices calling for change,” said Commissioner of Public Works Jeff Polenske in a press release. “Our concern for unauthorized street art including the current mural on Water Street is solely about safety.”

The mural, which stretches on N. Water Street from E. Wells Street to Kilbourn Avenue will be removed on July 10.