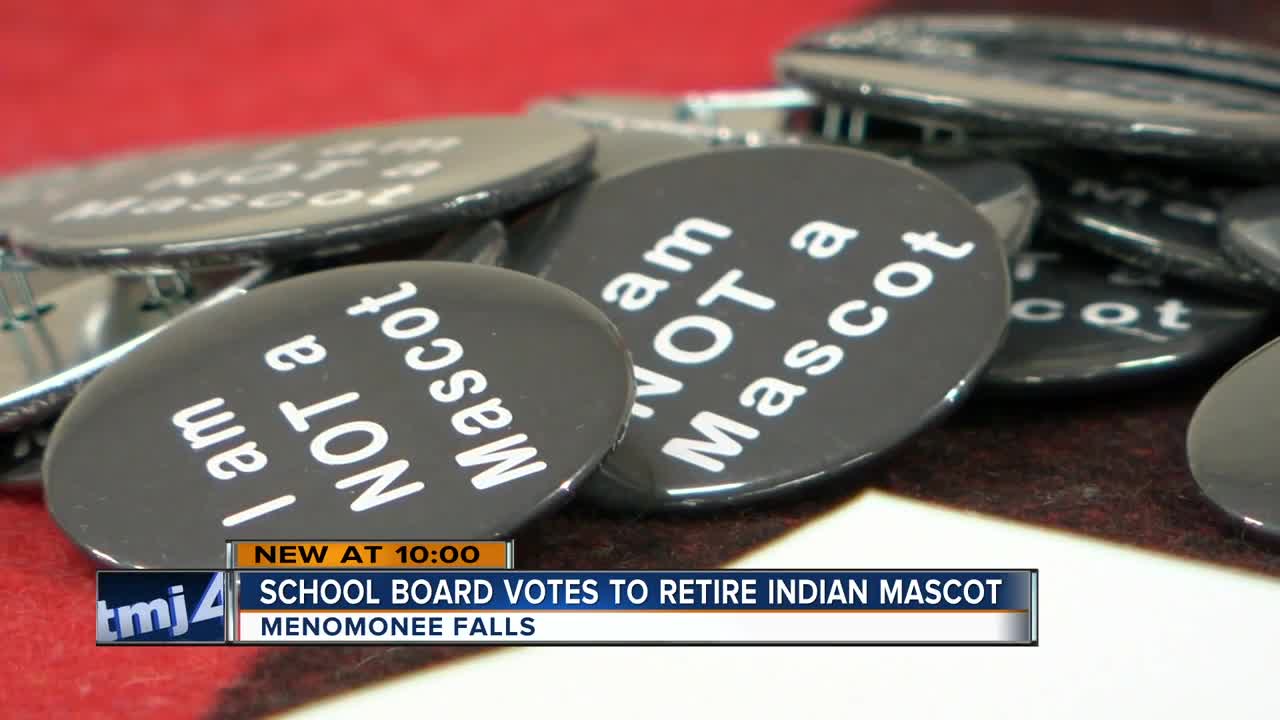 The Menomonee Falls School Board has voted to retire the Indians mascot at a school board meeting Monday night.

MENOMONEE FALLS — The Menomonee Falls School Board has voted to retire the Indians mascot at a school board meeting Monday night in a 5-2 vote.

The Menomonee Falls School Board heard months of debate on whether the name should stay or go leading up to Monday night's vote.

Board President Faith VanderHorst says the issue of the nickname/mascot The Indians keeps coming up. She says her aim is to make “all students feel like they belong. The key is all students, not some.” @tmj4 pic.twitter.com/dhRUNWlokj

Some of the school members who voted to retire the mascot said they consider it racist.

School board member Michele Divelbiss is choking back tears as she spoke. She said her Native American friend is not offended by the Indians nickname. @tmj4 pic.twitter.com/PXzMWmImTA

This has been an emotional and passionate debate on both sides. The members of both the school board and Oneida Nation say loving the name does not make anyone racist, but it is time to move on from it.

"It's not us. Columbus was wrong. And so was Menomonee Falls for so many years," said Mark Denning, member of the Oneida Nation. "It's not the fault of kids. It is the fault of administrative leadership and they fixed it and that I celebrate."

Superintendent Corey Golla recommended retiring the mascot last month, saying he doesn't believe it is in the best interest "for our students, our families and our district to continue to compel our students to be represented by a mascot that is regarded as harmful, offensive or disrespectful."

The school board members say this vote was about making all students feel welcome in Menomonee Falls.

"If the president had put to the vote in the south separate but equal for the African Americans, you can pretty much rest assured that the majority would have said 'no, we are going to keep it," said Faith VanderHorst, school board president. "So sometimes leaders have to do what's hard and make the decision."

The mascot name will be dropped at the end of the school year. They will now create a committee made up of mainly students to decide a new mascot and nickname.

"We are pleased with the decision by the Menomonee Falls School board to end the perpetuation of negative and damaging stereotypes about indigenous people through the use of a racist mascot. Our schools should be fostering safe and inclusive learning environments for all students – not promoting racist stereotypes and imagery, and retiring their mascot is a step in the right direction. Menomonee Falls is sending a positive message to its students and community, and we hope that other Wisconsin school districts follow suit."