Menomonee Falls debates getting rid of the Indians mascot 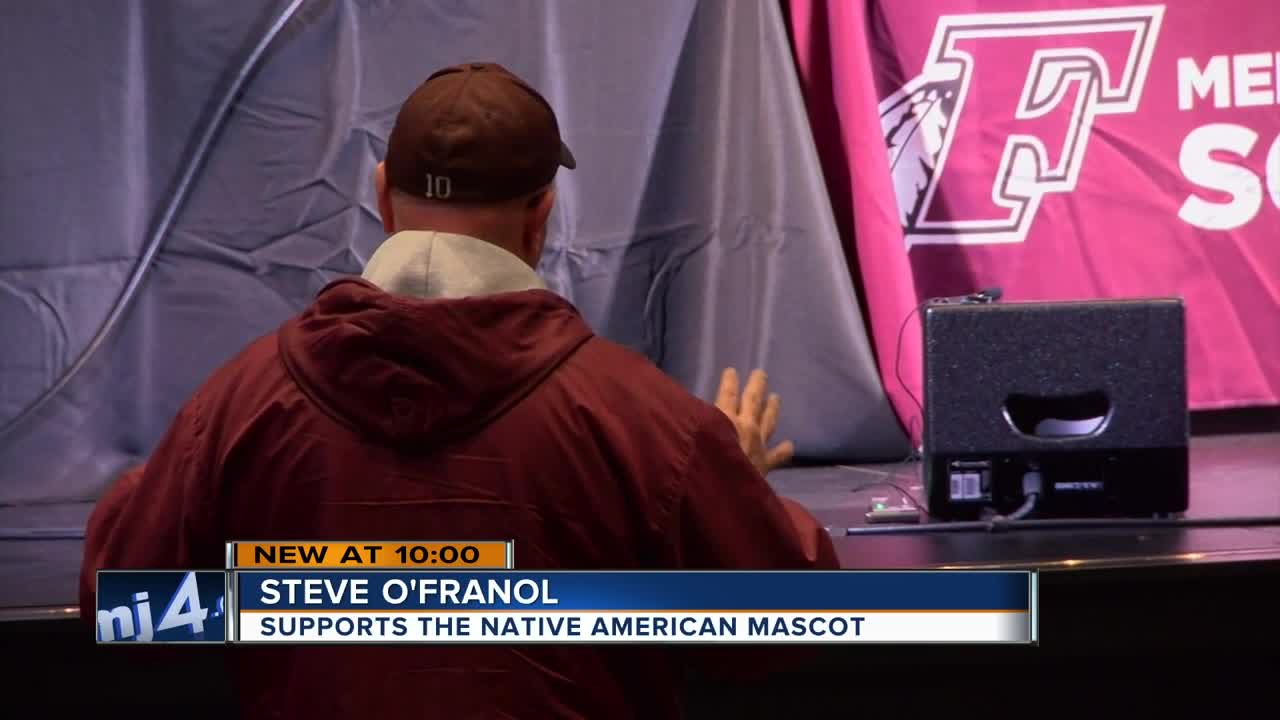 A source of pride or racist? That's the debate over Menomonee Falls High School's Indian mascot.

MENOMONEE FALLS — The Menomonee Falls School Board listened to the community on whether the name “Indians” as a mascot should stay or go. They invited members of the Oneida Nation to weigh in on the potential name change.

The members who attended the meeting called it derogatory, promoting stereotypes and hurtful to Native Americans.

"How I am represented as an Indigenous person is a serious matter to me,” said Mark Powless, member of Oneida Nation.

“Public school is about educating all children not just some children,” said Mark Denning, a member of the Oneida Nation.

Community members also got the chance to speak. Some parents who are Native American spoke out.

“I had a conversation with my son and he said, it was degrading and he didn't want to get involved in sports,” said Menomonee Falls mother to the board.

While others believe strongly in the mascot. You can even find signs in yards urging people to keep the mascot.

They asked instead the school put the mascot up for a referendum instead of deciding it themselves.

“There is a lot that feel, I don't want to say honored. That's probably not the right word but do not look at a mascot at being discriminatory. So I think we have to look at it in a lot of different lights,” said Bonnie, a Menomonee Falls resident.

The superintendent will give his recommendation on the mascot at the next meeting, November 11th. The school board will vote December 9th.