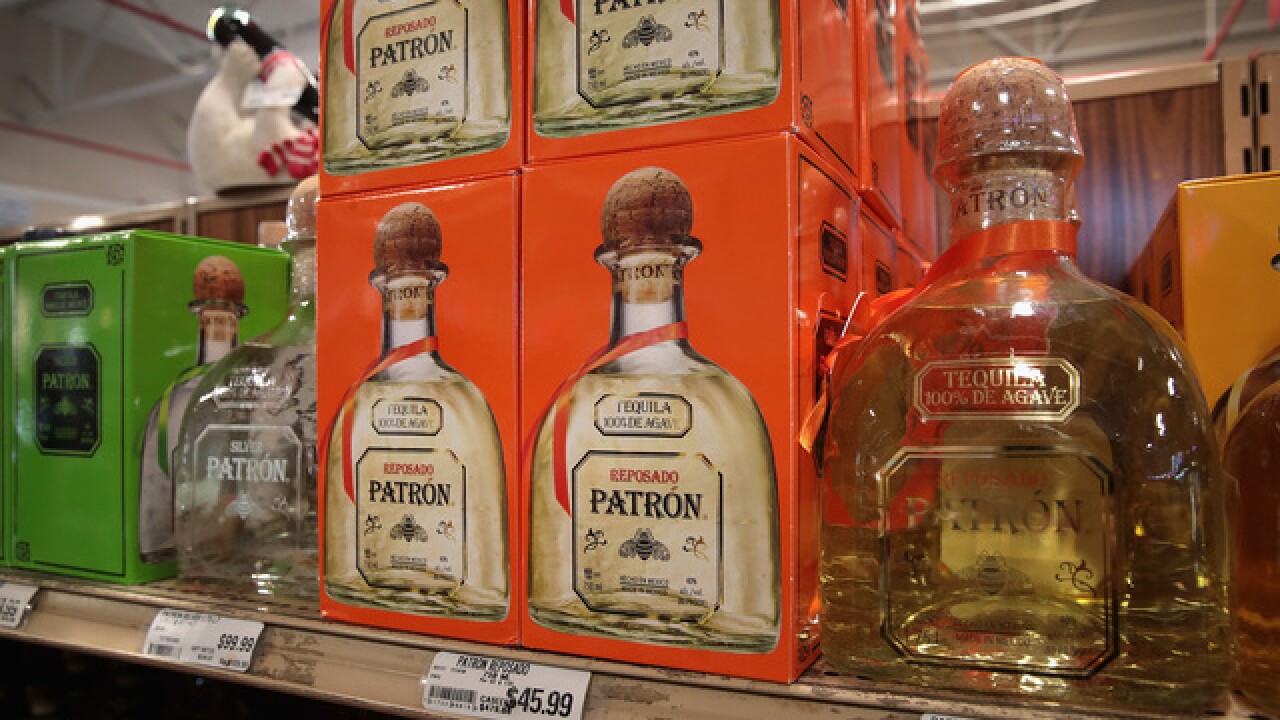 Copyright Getty Images
Scott Olson
<p>CHICAGO, IL - JANUARY 22: Patrón tequila is offered for sale at a liquor store on January 22, 2018 in Chicago, Illinois. Rum giant Bacardi Ltd., which currently has a 30 percent interest in Patrón Spirits International AG, has made a deal to purchase a controlling interest in the premium tequila maker. (Photo by Scott Olson/Getty Images)</p>

The Menomonee Falls Police Department is looking for the suspects in multiple liquor robberies at Metro Market.

On Monday, a black woman wearing a maroon and white hooded sweatshirt and black and white leggings entered Metro Market and left the store with four bottles of Hennessey liquor.

The same suspect, along with three other people, went back to the Metro Market on Tuesday. One of the suspects, a black female wearing a Wisconsin Badgers top and black leggings, left the store concealing two bottles of Tangueray gin and one bottle of Absolut vodka. Another suspect, black male wearing a dark blue zippered jacket and black pants, took one bottle of Patron tequila.

There was one other man with the group, black male with a long ponytail and black hooded sweatshirt, who did not take any merchandise from the store.

The suspects left without paying in a late 1990s or early 2000s gold Chevrolet/GMC pickup truck without license plates.

Anyone with information on the vehicle or the suspects can contact MFPD Officer Cychosz at 262-532-8700 or jcychosz@menominee-falls.org