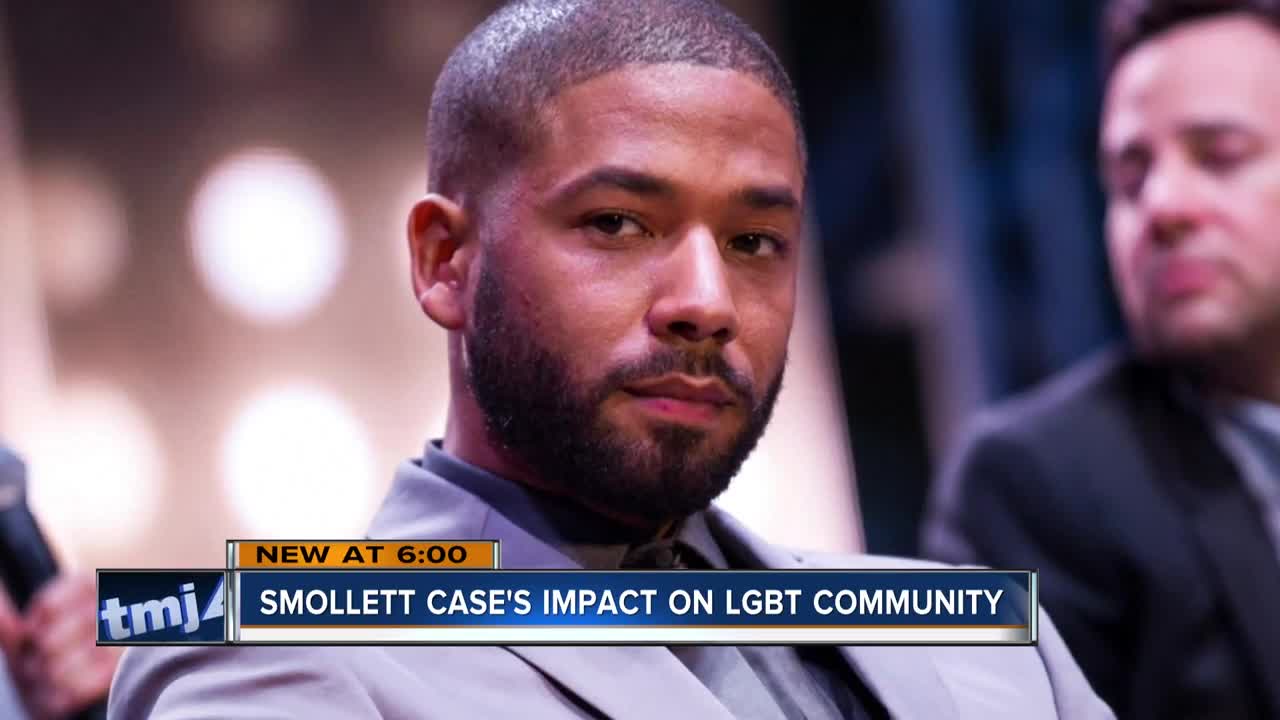 He hopes to one day be a voice for those in the LGBTQ community, working in policy and transitional housing.

Grayson said seeing the media frenzy, the twists and turns surrounding the Jussie Smollett case is shocking and disappointing.

"It's a shame about what is alleged that he did but it shouldn't take away from the day to day issues and the real hate crimes that are happening to the LGBT community especially queer people of color within the community," said Breen.

Smollett is accused of filing a false police report and claiming to be a victim of a hate crime, something Grayson fears will cast future doubt on actual victims.

"I feel like they already weren't being believed about their hate crimes and issues before and so now we are really not going to be believed if anything happens to us," said Breen.

"The charges against Smollett does not change the ever-growing number of anti-LGBT criminal offenses that are reported to the FBI. Nor does it change the fact that most hate crimes are racially motivated and under-reported. This community has considerable work to do in terms of advocating for LGBT individuals that truly experience violence because of whom they choose to love."

"Many victims don't report abuse due to difficulties surrounding the reporting. If Smollett's attack was staged, future victims of such violence will find it even more challenging to be heard and believed. The MKE LGBT Community Center provides services for those individuals that have experienced harm."

"My concern as the Executive Director of the MKE LGBT Community Center is that this incident may prevent victims from coming forward.

"This situation should not stop any of us from talking about anti-LGBT violence. If anything, we as a community need to be even more mindful that many victims will not come forth."

Professor of Sociology and Criminal Justice for Carthage College, Wayne Thomson said the ramifications of this high profile case could extend beyond the LGBTQ community.

"It could have a public impact if it's a celebrity, in the case of Jussie Smollett in that other people will be less willing to come forward when things happen and that could occur around a wide variety of situations. sexual assault, domestic violence, sexual orientation," said Thompson.

Thompson said there are many reasons why victims don't come forward.

"Fear of shaming, fear of legal action against them, fear of being blamed and especially of being re-traumatized," said Thompson.

Grayson has this message for those who have experienced hate first hand.

"You are loved and valid no matter what. There are a lot of people that love you and support you. For other people outside of the community, just remember LGBTQ people are humans and the same as you and want the same things and just treat us with respect," said Breen.