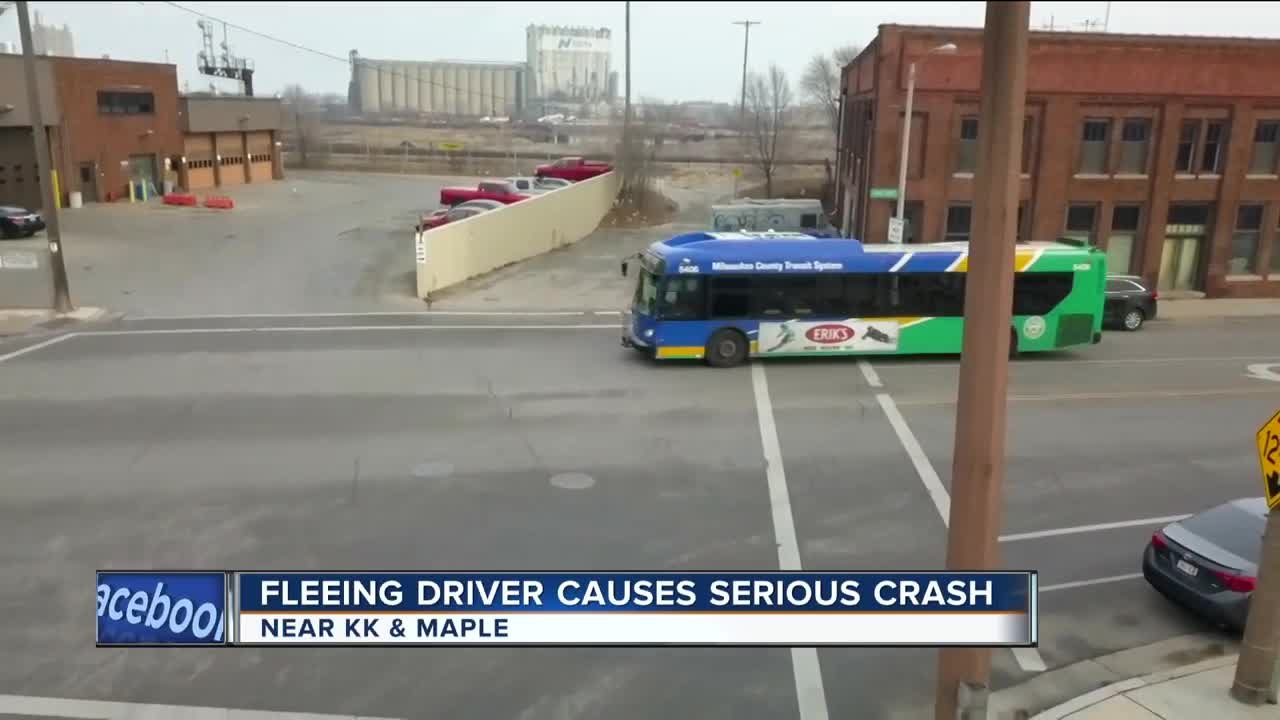 MILWAUKEE — A 58-year-old man was in critical condition after sustaining severe injuries in a Christmas Day crash, according to the Milwaukee Police Department.

The victim had just finished working a shift and was leaving the MCTS lot near Kinnickinnic and Maple when a reckless driver smashed into his personal vehicle.

The horrific crash was caught by a surveillance camera at a nearby business.

"(The MCTS driver) had just finished his shift and was heading home for Christmas," Sliker said.

"He has very serious injuries. He was rushed to the hospital right after the crash and surgery yesterday," he added.

According to MPD, the reckless driver who caused the crash was behind the wheel of a Chevrolet Equinox.

Police spotted the SUV driving erratically and began chasing it.

That chase ended when the Equinox collided with the MCTS driver's car.

"We just heard a bang," said Gary Hartung, who lives next to the intersection where the crash happened.

"Right away, we just hoped (the victim) was alive. He was stuck in the car," Hartung said. "They had to take the doors off."

Investigators said the driver of the Equinox ran from the scene. But police think they know who he is and are searching for him.

Two passengers in the same SUV, a 23-year-old male and a 19-year-old female, received minor injuries in the crash. They were arrested after being treated and released from the hospital.