Millions of Americans will drive on treacherous roads after Christmas 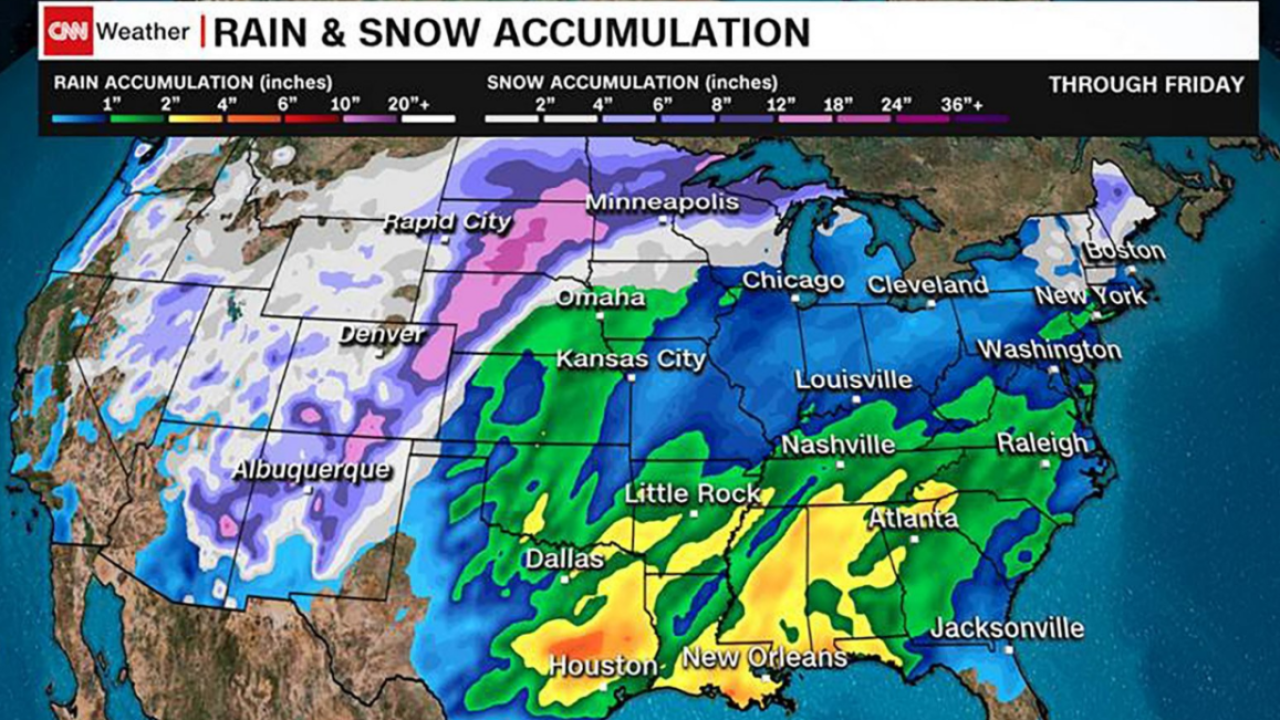 (CNN) — It's a potentially troubling combination: As a record number of Americans are traveling this holiday season, most of them hitting the road, huge swaths of the country will see some nasty winter weather.

Folks traveling through the Plains and Midwest after Christmas dinner and gift exchanges with family and friends will need to be extra cautious as roads throughout the region will remain hazardous into Friday.

A storm descending on the region Wednesday is expected to dump 8 to 12 inches of snow over the course of the week, with up to 2 feet in some areas. Eastern Colorado, western Nebraska and the Dakotas are expected to be hit the hardest.

The storm could also bring blizzard conditions, making travel all the more hazardous. More than 10 million people are under winter weather alerts across the region.

On Christmas night, the storm moved into the Four Corners region, where rain and strong wind gusts affected parts of Arizona, and up toward the North. Denver began to see light snow showers on the outskirts of the city toward the east.

In the South, more than 18 million will be under a slight risk for severe storms Wednesday, possibly bringing strong winds, large hail and isolated tornadoes in the afternoon and evening.

Texas could get walloped, according to forecasts, and Dallas, Fort Worth, Austin, Houston and San Antonio — as well as Shreveport, Louisiana, near the Texas border — all lie within the storm's cross hairs.

Much of the South will see 2 to 4 inches of rain, possibly more in some areas, which could spur the threat of flooding through Friday.

According to a report this month from the American Automobile Association, 112.5 million Americans are expected to travel during the holidays — a record and a 4.4 percent increase over last year.

Of those, about 102.1 million will drive. Another 6.7 million will fly. The rest will take trains, buses or boats, AAA says.