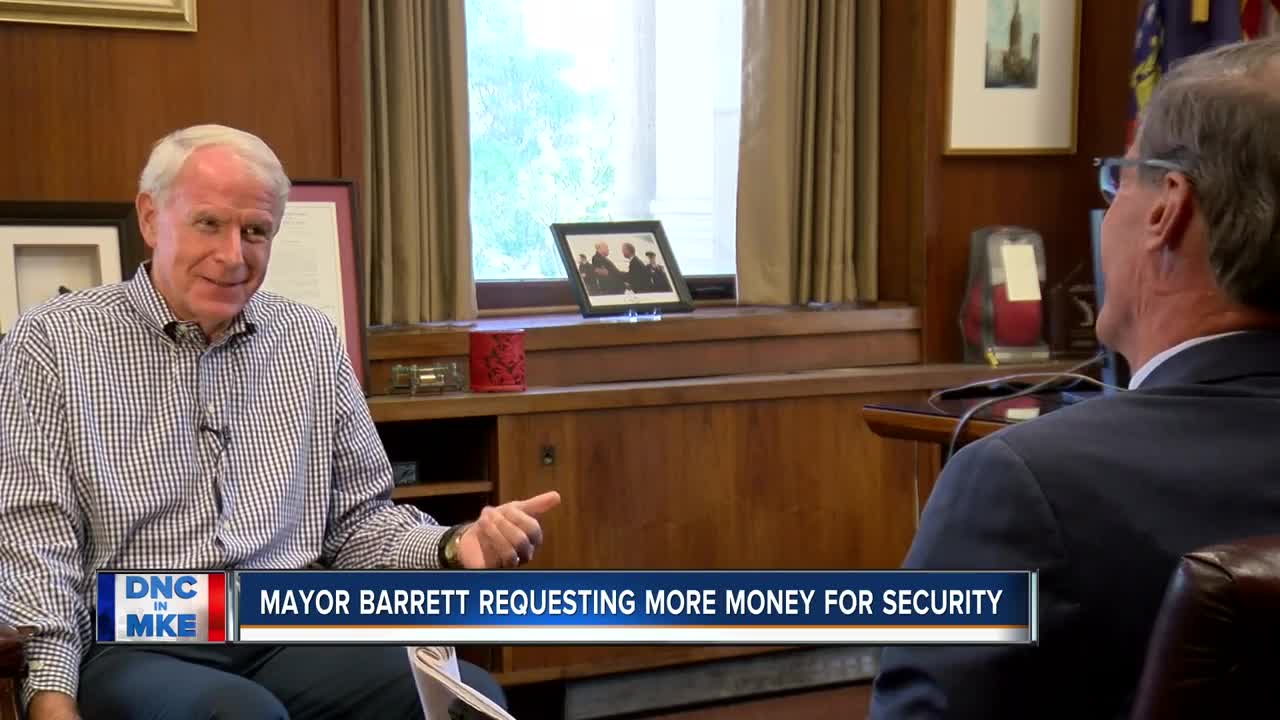 Milwaukee's mayor requesting more money for security ahead of the Democratic National Convention next July.

MILWAUKEE — The Democratic National Convention in Milwaukee is now less than 300 days away, and security costs are expected to be a big bill.

Charles Benson of TODAY'S TMJ4 talked with Milwaukee Mayor Tom Barrett about his efforts to get more financial help from Congress.

Security plans are already underway in Milwaukee for the 2020 Democratic National Convention.

Since 2004, Congress has given the host city for the Democrat and Republican conventions $50 million each to cover security costs.

The Mayor says the city has reached out to both U.S. Senators Tammy Baldwin and Ron Johnson to ask Congress for more money.

"We are trying to see if we can get in essence an inflation adjustment so we can cover the security costs that are necessary."

It's been six months since Milwaukee was picked as the host city for the Democratic National Convention in July.

Barrett says planning is going well as he tries to manage politics and expectations on everyone wanting a share of the $200 million economic impact.

Barrett: I think it's going to allow the city to tell its story and I think we've got a really solid story to tell.

Benson: Have you come up with an idea or a way that would put a stamp on that people will say that was Milwaukee - that was 2020?

Barrett: That's something we've have had a lot of conversations on. I think its going to be more than one thing that's occurring.

Barrett: No, those will come, those are coming attractions. We want you to come back.