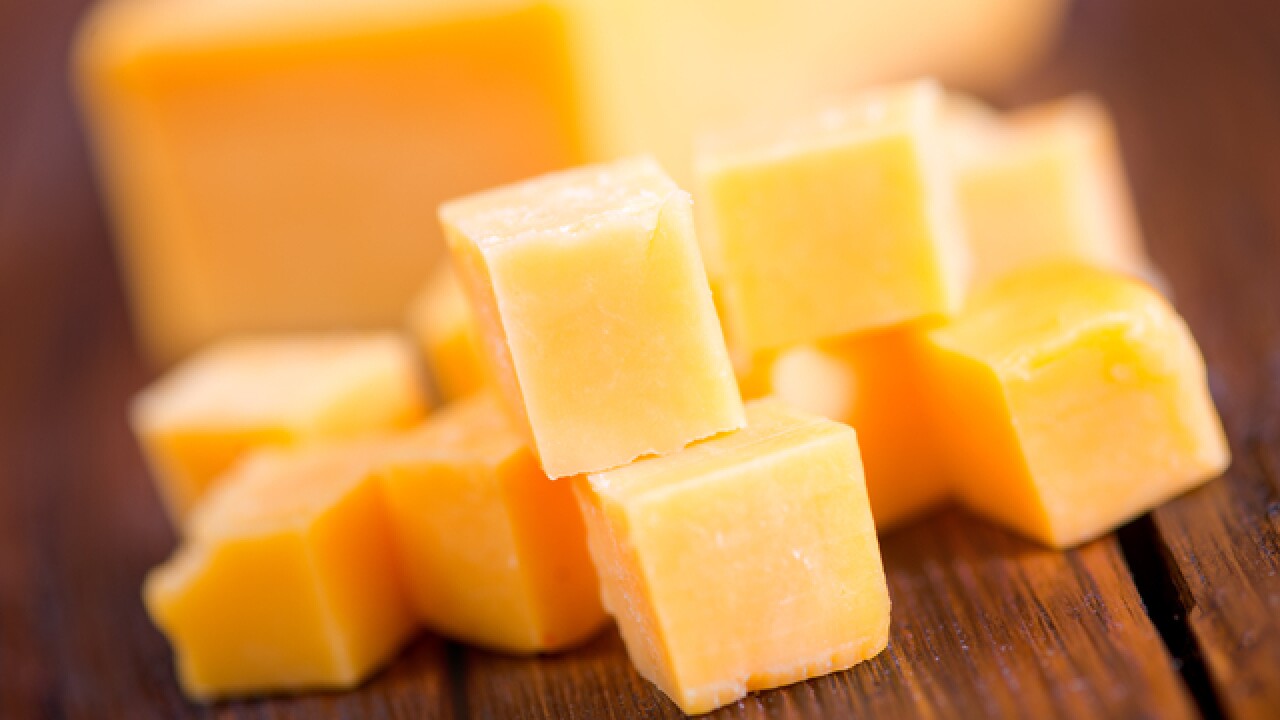 iPhotos
<p><strong>Cheese Please.</strong> In America's Dairyland, our love for cheese is inevitable. However, our favorite is probably curds, fried or fresh, many Wisconsinites would happily turn down dessert for a helping of cheese curds.</p>

The showstopper took over an entire street in downtown Madison, displaying over two tons of Wisconsin's finest cheeses from across the state, topping the previous European record holder by over 1,000 pounds!

Spanning 35 feet long and 7 feet wide, the custom board was officially adorned with 4,437 pounds and 145 different varieties, types and styles of Wisconsin's unique specialty and artisan cheeses- including national and international award-winners.

"We wanted to showcase the amazing breadth of the award-winning cheeses in Wisconsin and we thought- what better way to do that than to create the world's largest cheeseboard," says Suzanne Fanning, Dairy Farmers of Wisconsin VP of Marketing Communications.

"Wisconsin's licensed cheesemakers put the art in artisan, drawing from their rich European heritage, cheese making traditions and impressive innovations, and we're thrilled to share their masterful creations with the world in a unique and fun way."

The gigantic cheeseboard was custom made to fit inside a life-size, digitally fabricated barn, using CNC technology—a computerized process that's a cross between woodcutting and 3-D printing—by Better Block Foundation, a nonprofit that uses urban design to foster community.

The ultimate cheese lover's fantasy was a true team effort- taking over 60 people to prep, transport, house, style and weigh all of the cheeses.

Following the official judging ceremony by a GUINNESS WORLD RECORDS adjudicator, a crowd of over 45,000 enamored attendees got to check out the mouth-watering board and the first 2,000 guests in line, received a curated cheese plate to-go.

In addition, no cheese went to waste. Spectators entered a raffle to win full wheels of cheese with 100% of the proceeds going to the Great American Milk Drive and the remaining cheese was donated to the Second Harvest Foodbank of Southern Wisconsin, both benefiting families in need.