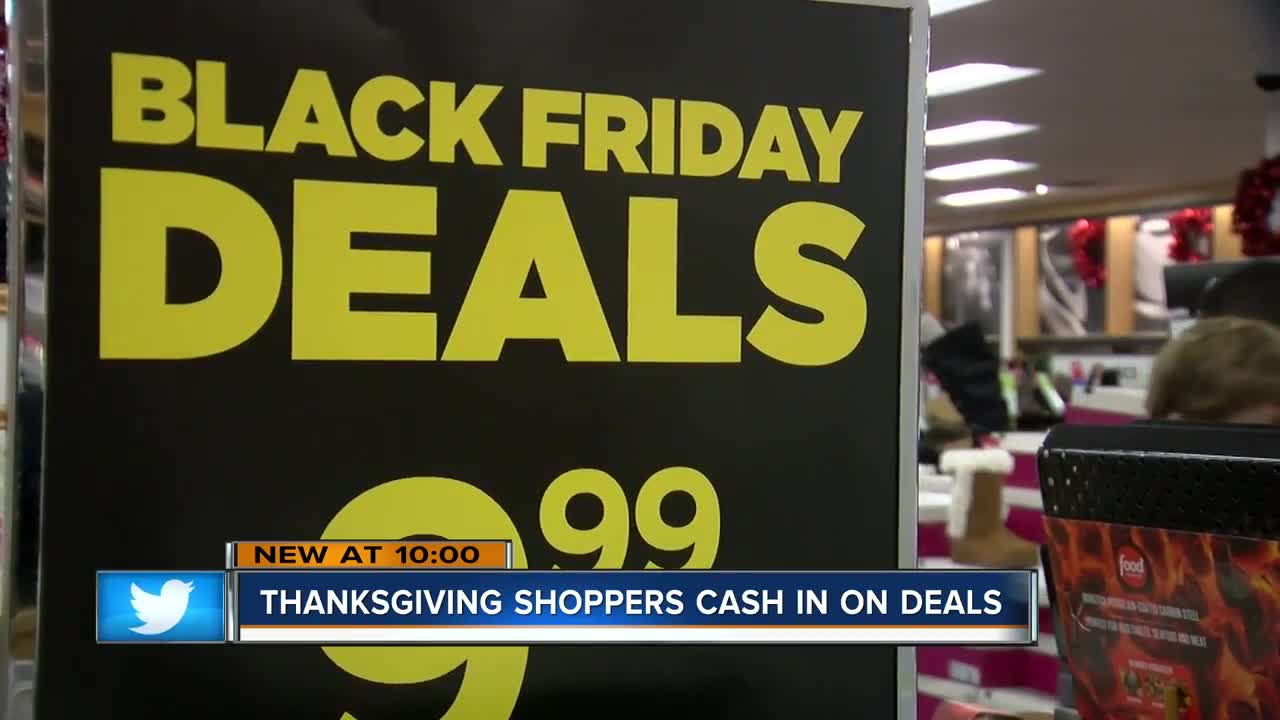 According to employees at the Best Buy in Wauwatosa, the hottest pre 'black friday' deals are on flat screen TVs this year. Many are discounted by several hundred dollars.

Thanksgiving has become more than a feast with family and friends these days. It's also considered the unofficial start of the holiday shopping season for thousands in southeastern Wisconsin.

According to employees at the Best Buy in Wauwatosa, the hottest pre 'black friday' deals are on flat screen TVs this year. Many have been discounted by several hundred dollars.

Some customers believe that shopping on Thanksgiving night is all about beating the Black Friday rush.

"I was off tonight. I said let me go in because I ain't going to be here when they line up early in the morning," said Corey Selders.

A row of discounted 8K big screen TVs caught Selders' eye, but for others like Tayshe Jennings, plenty of research went into loading her cart full of cooking equipment.

"I've been scoping out about a couple of weeks just seeing who has the best deals and this is what I have," Jennings said.

"It's the atmosphere first and foremost and our deals are changing constantly so it's taking advantage of what we have now," Strum said. "There's certainly going to be plenty of additional deals in the days to come, but get them while you can," he said.

At Kohl's Department Store in Bayshore, the deals kept rolling out.

Customers enjoyed at least 15-percent off everything paired with 'Kohl's Cash' for their future purchases.

"Get your stuff quick and get here fast because people are taking them," said employee Chenae Gardiner.

Eugenice Kelly found that out the hard way when she arrived for a specific vacuum.

For Mary Leayman, the tradition is about more than just saving money.

She was out celebrating a smooth transition from one holiday to the next.

"It just kicks you right into the Christmas spirit," Leayman said.

Best Buy plans to keep its doors stay open until 1:00 a.m. Friday morning. Their stores open back up at 8:00 a.m. for plenty more Black Friday deals.