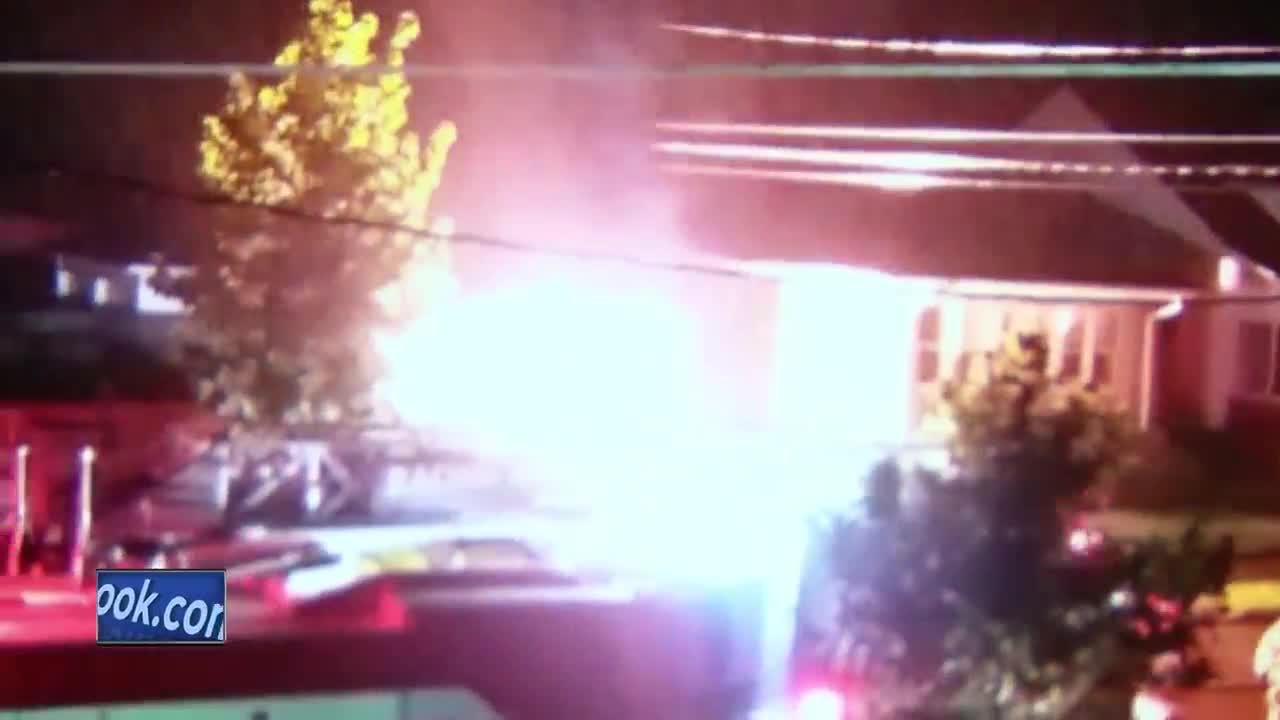 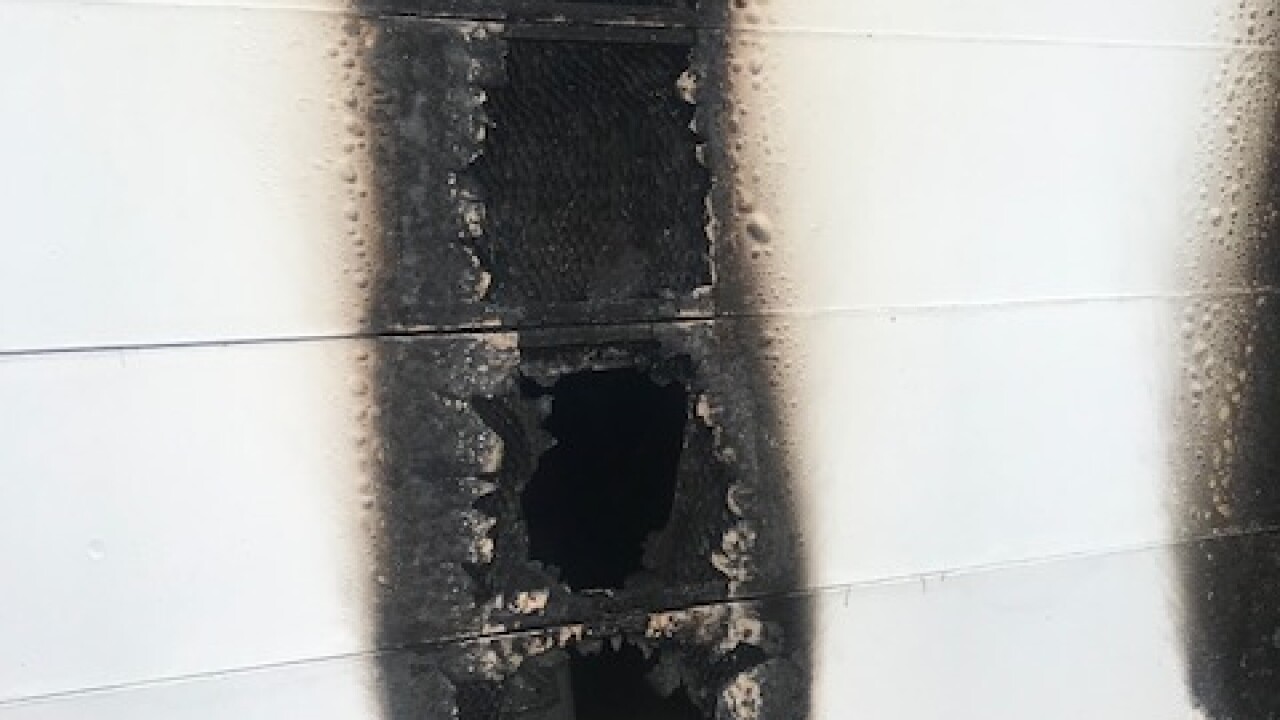 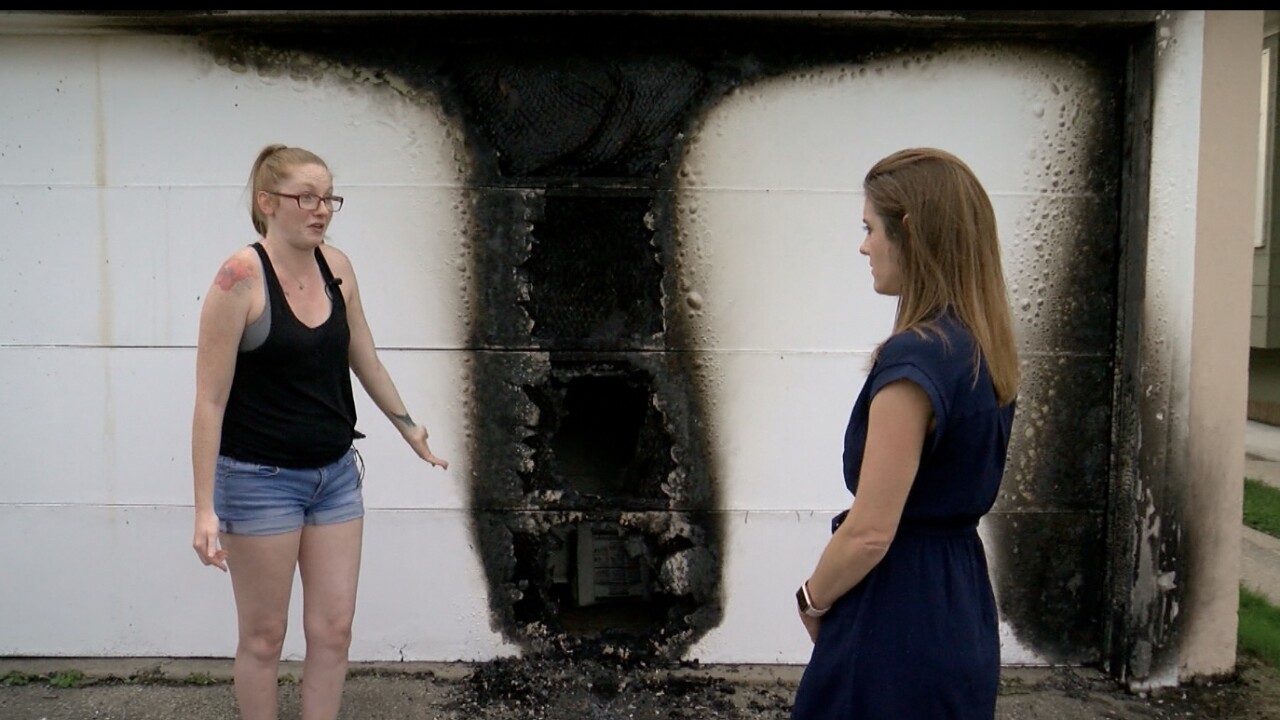 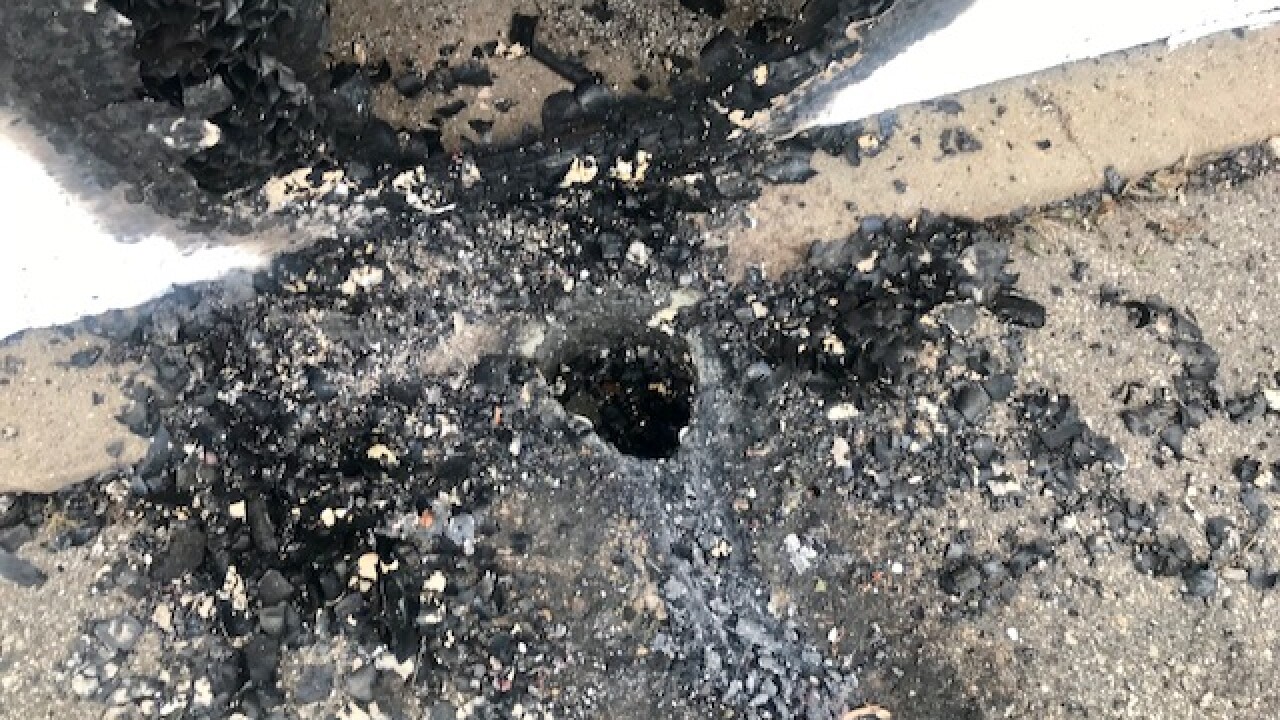 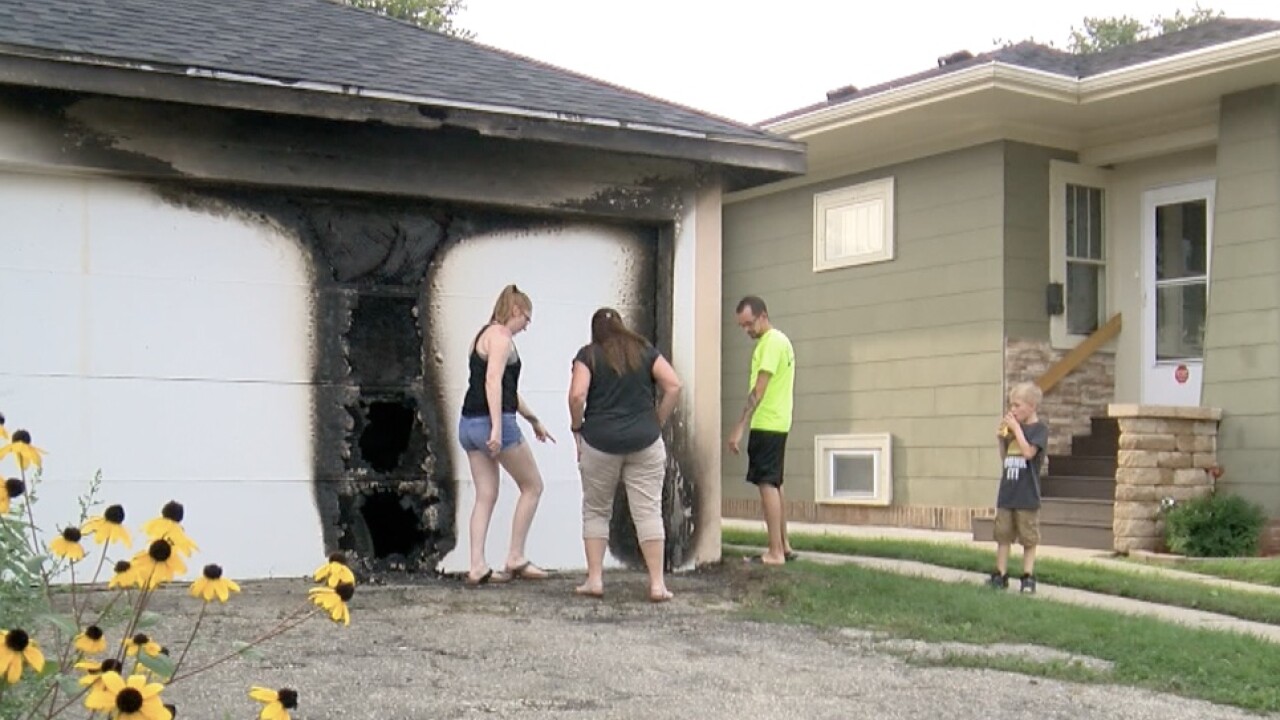 “I woke up to the firemen banging on our window,” said Chelsea Lehmann.

Lehmann and her kids slept through the lightning strike right next to their home near Cleveland and Washington Avenues on Tuesday around 6 a.m. Her friend who lives a half mile away was jolted awake.

"A huge crack boom, shake of the house,” said Cassi Lunde who stopped by Lehmann's home to check on her friend.

A neighbor caught what happened just seconds after the strike on cell phone video. He said you could hear sparking and hissing and there were constant flashes of light from a wire that came down.

Lehmann saw what happened after the fire was out.

“The lightning hit down this way. You can see the hole. It’s a pretty big hole. I can probably put my arm in there," she said.

Crews had them evacuate their home until the fire was under control. It burned along the garage.

Lehmann said the building belongs to her neighbor who luckily was not home at the time.

“I thought they say the thing highest in the sky is going get hit, but this is the ground and it hit the ground so it’s really scary," said Lehmann. "It changes my perspective on storms and lightning."

Her home had some minor smoke damage from the fire. But no one was hurt.