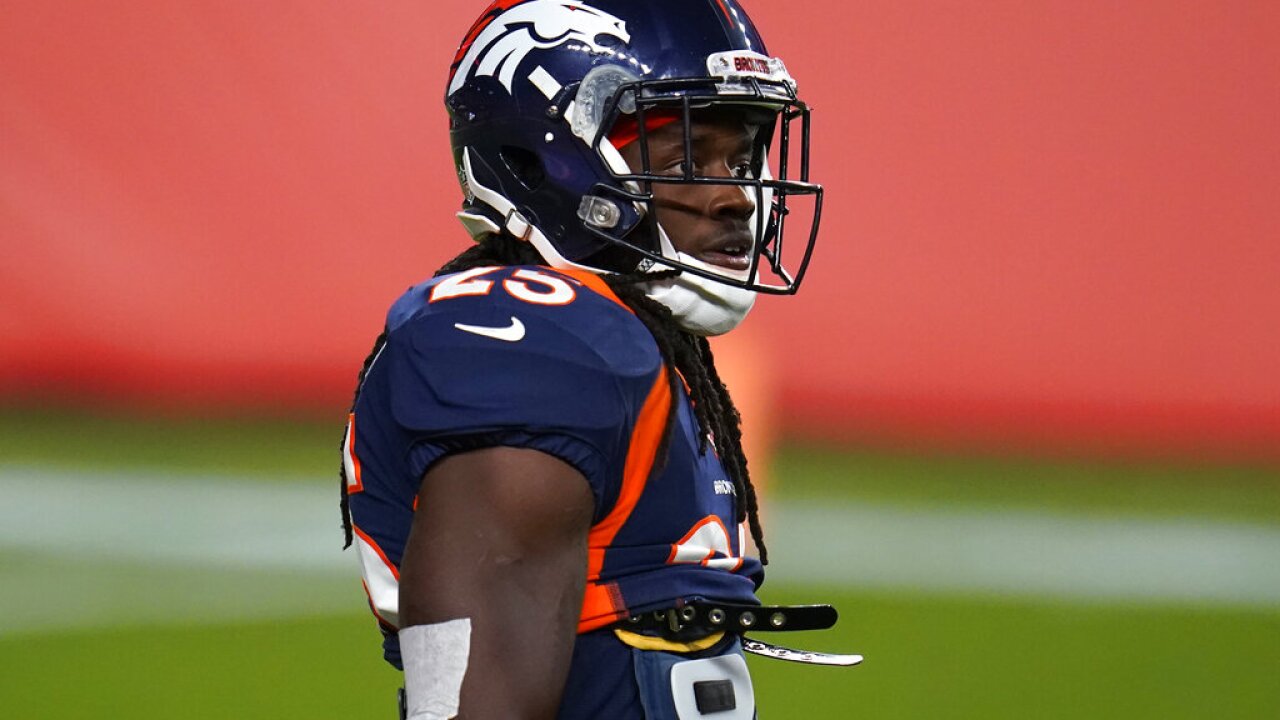 DENVER — Denver Broncos running back and Kenosha native, Melvin Gordon, took a knee during the national anthem of Monday night's game against the Tennessee Titans.

I went to @MarquetteU, but I’ll cheer for this guy all day. Bravo, @Melvingordon25. #Badgers @BadgerFootball pic.twitter.com/87XMTv9Nw2

Gordon was born and raised in Kenosha before playing for the Badgers. Gordon was then drafted by the San Diego / Los Angeles Chargers and later joined the Broncos.

Gordon has been outspoken about his support for protesters in the wake of the police shooting of Jacob Blake. He even came back to his hometown to attend protests to call for change and reform, according to a video from the NFL.

"It's about making a stand, making a difference."

The shooting of Jacob Blake hit home for Kenosha, WI native @Melvingordon25 and encouraged him to stand up. #InspireChange pic.twitter.com/TdpRm6o8gJ

Melvin Gordon taking a knee for the anthem. Respect.