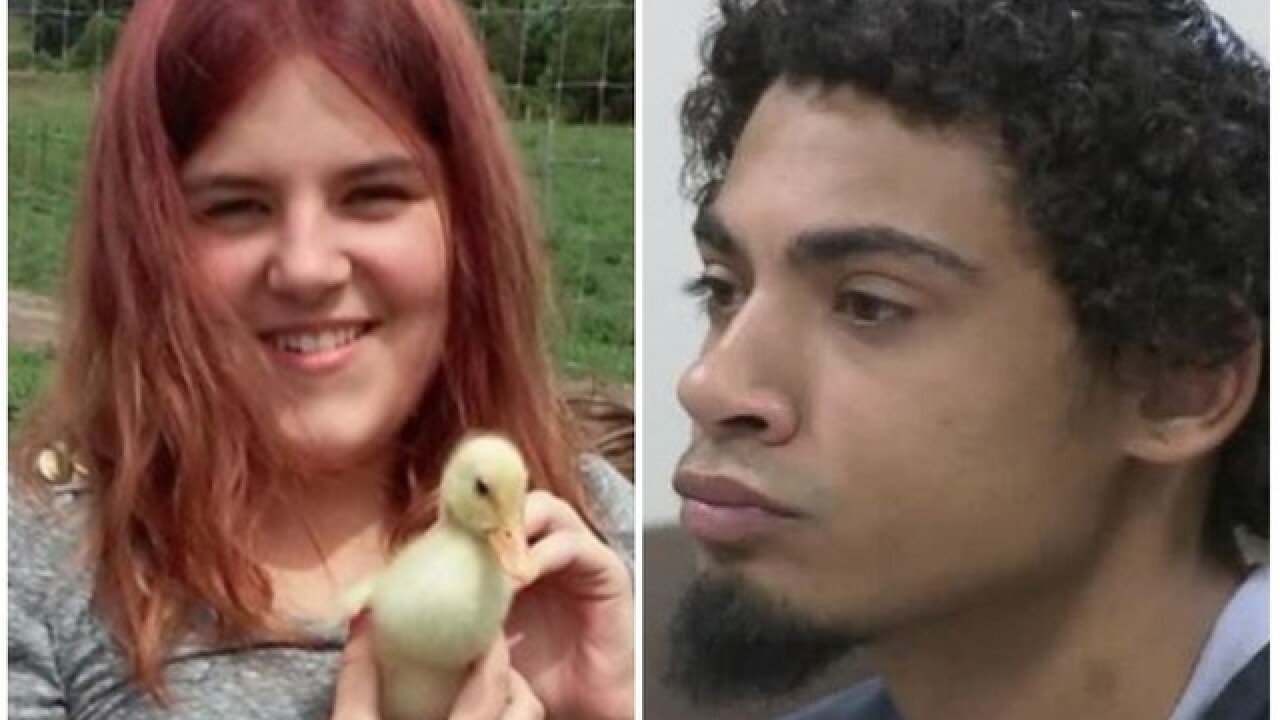 KENOSHA -- A Kenosha man has been sentenced to life in prison with no possibility of parole for killing a 17-year-old who he met online.

Daniel Tate, 20, was sentenced Monday in the July 2017 strangling death of Olivia Mackay.

Tate was convicted in June after his co-defendant, Jamari Cook, testified that he strangled Mackay and that they dumped her remains in Racine County.

Cook pleaded guilty under a plea agreement to hiding a corpse and taking and driving a car without consent. He's scheduled to be sentenced next month.