Jayme Closs: 'I was smarter' than abductor Jake Patterson 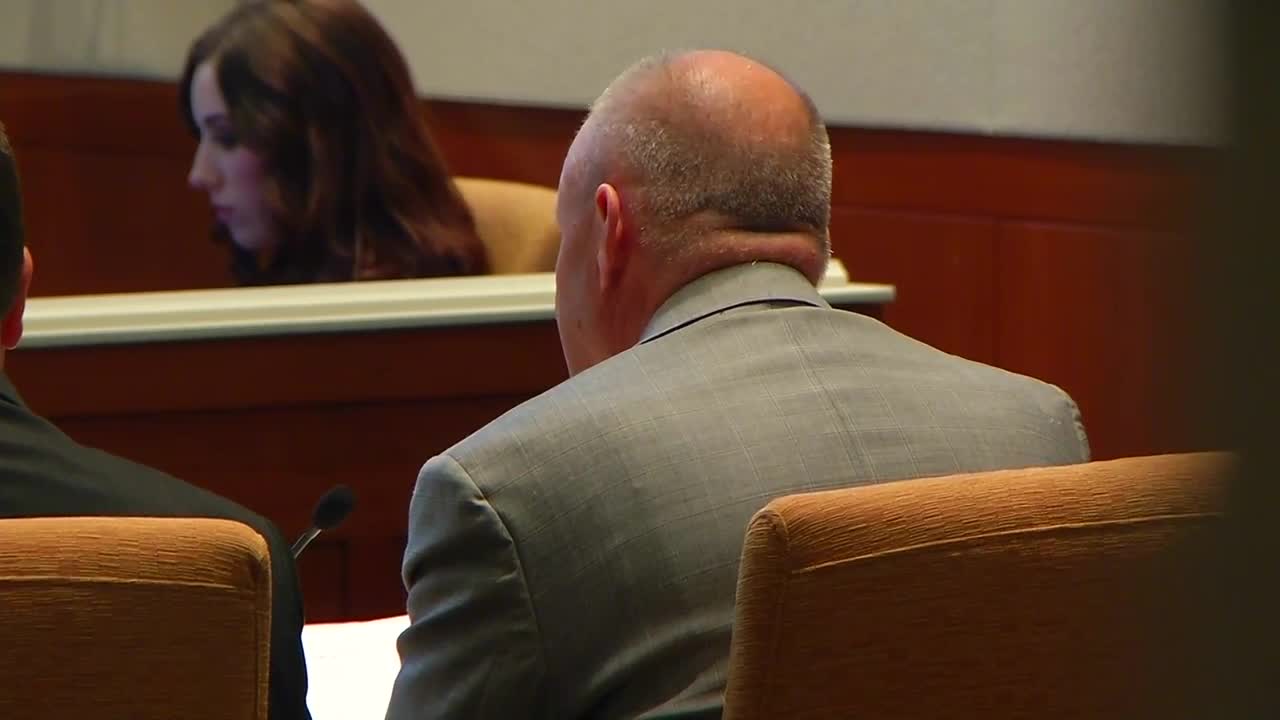 "I was smarter. I watched his routine, and I took back my freedom." At sentencing for Jake Patterson Friday, the man who killed Jayme Closs' parents and abducted her, an attorney read a powerful statement from Jayme herself.

BARRON, Wis. (AP) — Wisconsin teenager Jayme Closs said Friday she wanted to see the man who kidnapped her and killed her parents "locked up forever," saying "he tried to steal me. And he didn't care who he killed or who he hurt."

Jayme's first public statements about her ordeal came at the sentencing hearing for Jake Patterson, 21, who admitted concocting a plan to kidnap the 13-year-old girl after seeing her get off a school bus near her home. Jayme did not appear in court, but her guardian read her words to the judge.

Patterson pleaded guilty in March to two counts of intentional homicide and one of kidnapping. He killed Jayme's parents, James and Denise Closs, at the family's home near Barron, about 90 miles (145 kilometers) northeast of Minneapolis. Jayme escaped in January, after being held for 88 days at Patterson's cabin near the small and isolated town of Gordon, some 60 miles (97 kilometers) from her home.

Jayme wrote that Patterson "thought that he could own me, but he's wrong. I was smarter."

Patterson "will never have any power over me. I think I have some power over him," Jayme wrote — the power to ask the judge to keep him behind bars for the rest of his life.

Patterson faced up to life in prison on each homicide count, and up to 25 years in prison on the kidnapping count. Prosecutors asked for the maximum on each charge, with consecutive sentences, and no chance of release.

Wisconsin does not have the death penalty.

Patterson told investigators he decided Jayme "was the girl he was going to take" after he saw her getting on a school bus near her home, according to a criminal complaint. He told investigators he plotted carefully, including wearing all-black clothing, putting stolen license plates on his car and taking care to leave no fingerprints on his shotgun.

Jayme told police that the night of her abduction, the family dog's barking awoke her, and she went to wake up her parents as a car came up the driveway. While her father went to the front door, Jayme and her mother hid in the bathroom, clutching each other in the bathtub, the shower curtain pulled shut.

Patterson shot Jayme's father as he entered the house, then found Jayme and her mother. He told detectives he wrapped tape around Jayme's mouth and head, taped her hands behind her back and taped her ankles together, then shot her mother in the head. He told police he dragged Jayme outside and threw her in the trunk of his car, the complaint said.

At his cabin, Patterson forced Jayme to hide under a bed when he had friends over and when he went out. He penned her in with tote boxes and weights, warning that if she moved, "bad things could happen to her," according to the complaint. He also turned up the radio so visitors couldn't hear her.

Prosecutors in the county where Jayme was held decided not to bring charges related to anything that might have happened in the cabin, a move that was widely seen as aiming to spare Jayme further pain and keep details private.

Authorities searched for Jayme for months and collected more than 3,500 tips. Jayme escaped on Jan. 10 while Patterson was away and flagged down a woman who was walking a dog. Patterson was arrested minutes later.