'It's going to cause some traffic issues:' Transportation one of the big hurdles for DNC 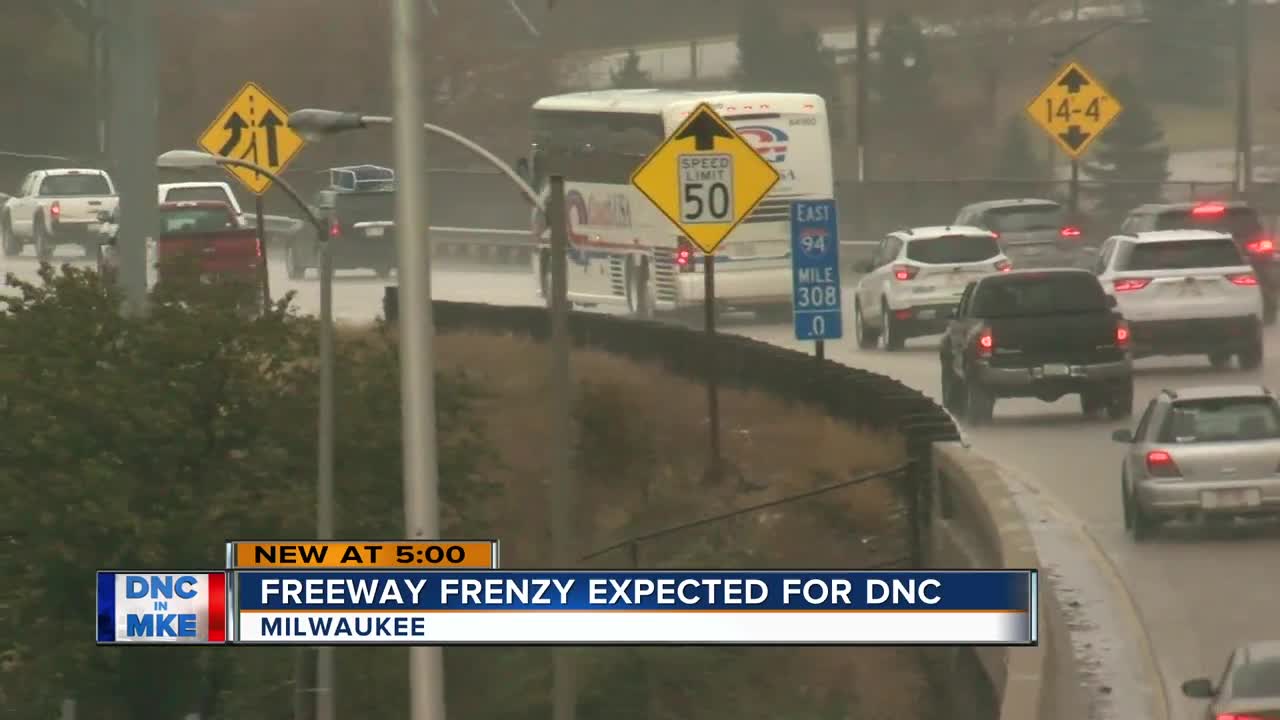 When the DNC comes to Milwaukee, officials expect 50,000 people to descend upon the city. Moving them around is one of the biggest hurdles going forward.

MILWAUKEE — When the DNC comes to Milwaukee, officials expect 50,000 people to descend upon the city. Moving them around is one of the biggest hurdles going forward.

Thursday, our partners at the Milwaukee Business Journal hosted a Flash Forum focusing on the DNC. One of the big conversations was about transportation.

Those 500 buses will be contracted out from several different companies around our area and nationally. Go Riteway says they are transporting some 50 motor coaches to our area in preparation.

With some 6,000 delegates, 18,000 media members and countless other groups, getting them from point A to point B is going to cause a lot of traffic. Especially with two of the point locations being in northern Illinois, where nearly half of the delegates will be traveling from daily.

"Not only once a day but multiple times a day," Milwaukee Business Journal Editor Mark Kass said. "They'll go back and forth three, four, five times a day."

Kass says there were early discussions about alleviating some of the traffic stress.

"There was some talk early on about having a lane on the freeway only for them," Kass said. "It's going to cause some traffic issues."

One of the positives of Fiserv Forum being the headquarters for the event is the amount of open space around it. The former Bradley Center site will likely be used as a thoroughfare for people to walk to the UWM Panther Arena but the two lots to the north will act as a sort of bus corral.

"We'll use one of those parking lots for a bus drop off and pick up," Solmonese said. "I know it sounds like a small thing but it's a huge thing to be able to have that much space to be able to run ab us system through there and move those 6,000 delegates out to where they're going and move them in every night. That will be a game-changer."

With the magnitude of this transportation effort and the DNC's commitment to diversity and inclusion in awarding bids, this could be very lucrative to companies big and small from our area.

"If you're a small company, this might be a good opportunity," Liz Gilbert, 2020 Milwaukee Host Committee President said. "Maybe not to get the entire contract but own a piece of it by partnering or collaborating with a larger firm, learning new skills and scaling up."

"If you own a bus or van, you better be holding up your hand right now," Kass said.

The DNC Committee says they feel very good about the progress they've made towards getting ready for the event. They say, in some areas, they're months ahead of schedule.

The Democratic National Convention will be held from July 13th to July 16th in 2020.