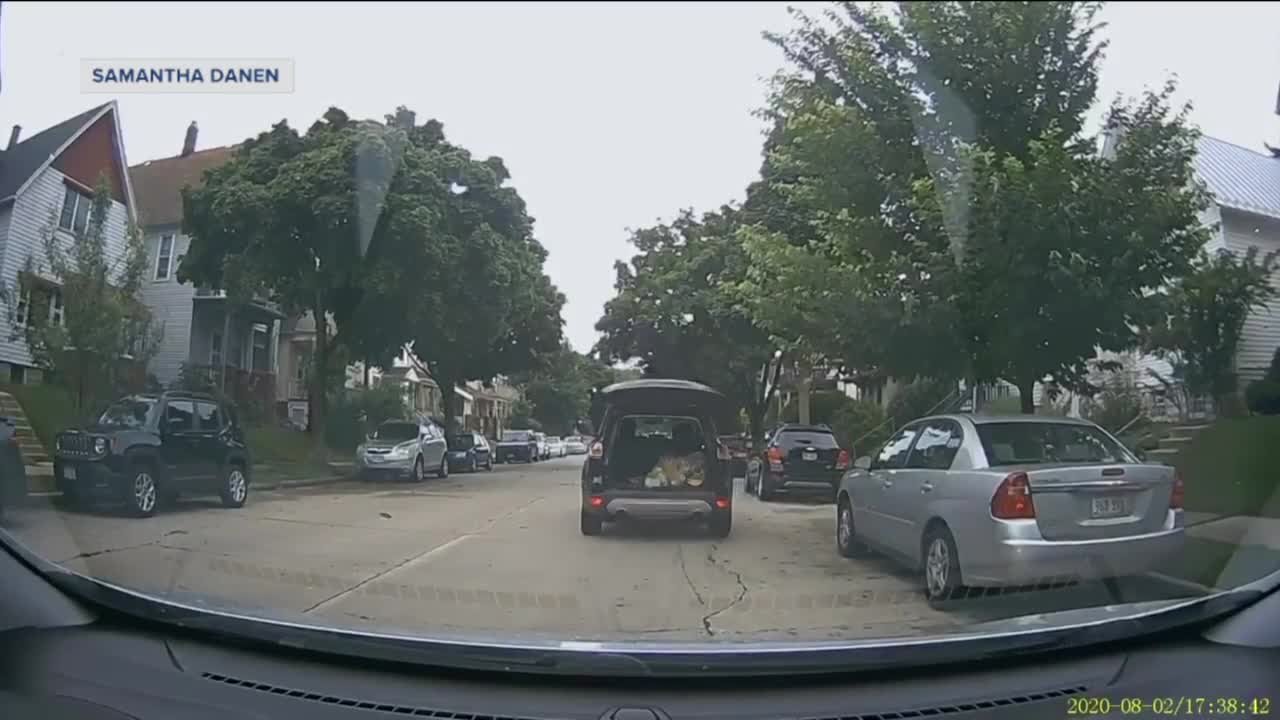 Milwaukee Police are investigating after a car was stolen while the driver dropped off groceries in the Riverwest neighborhood Sunday evening.

MILWAUKEE — Milwaukee Police are investigating after a car was stolen while the driver dropped off groceries in the Riverwest neighborhood Sunday evening.

It happened near Fratney and Locust around 6 p.m. Sunday.

Samantha Danen said she had gotten into her car to run some errands when her Instacart driver pulled up. Instacart is a grocery delivery service.

Danen said the driver got out of the car and walked up to Danen's home.

Dash camera footage from Danen's car shows another car pull up next to the grocery delivery car, where someone jumps in and drives away. It all takes a little more than six seconds.

Footage shows groceries for the driver's next delivery falling out of the open trunk.

"It felt very planned but also opportunistic at the same time," Danen said. "It just happened so fast."

Danen called the police, and she said they're looking for a black Ford Escape and a dark blue Dodge Durango.

The Instacart driver said she started the job a few months ago when she got furloughed. She said she shouldn't have left her car running.

"My heart goes out to her," Danen said. "She’s really, really sweet girl and did not deserve for this to happen at all."

Danen said she and her husband have lived in the Riverwest neighborhood for about six years. A few years ago she said someone broke into her car, and so she got a dash camera as a gift.

Data from Milwaukee Police show there have been 25 reported car thefts in the Riverwest neighborhood this year, which is down from 58 at this time last year.

Neighbors said they had never seen anything like what Danen's video shows.

A spokesperson for Instacart said the company cannot comment on the matter specifically, but it takes the safety of its customers and shoppers very seriously.