'I just feel like we've been abandoned': Proposal to consolidate West Allis Senior Center under fire 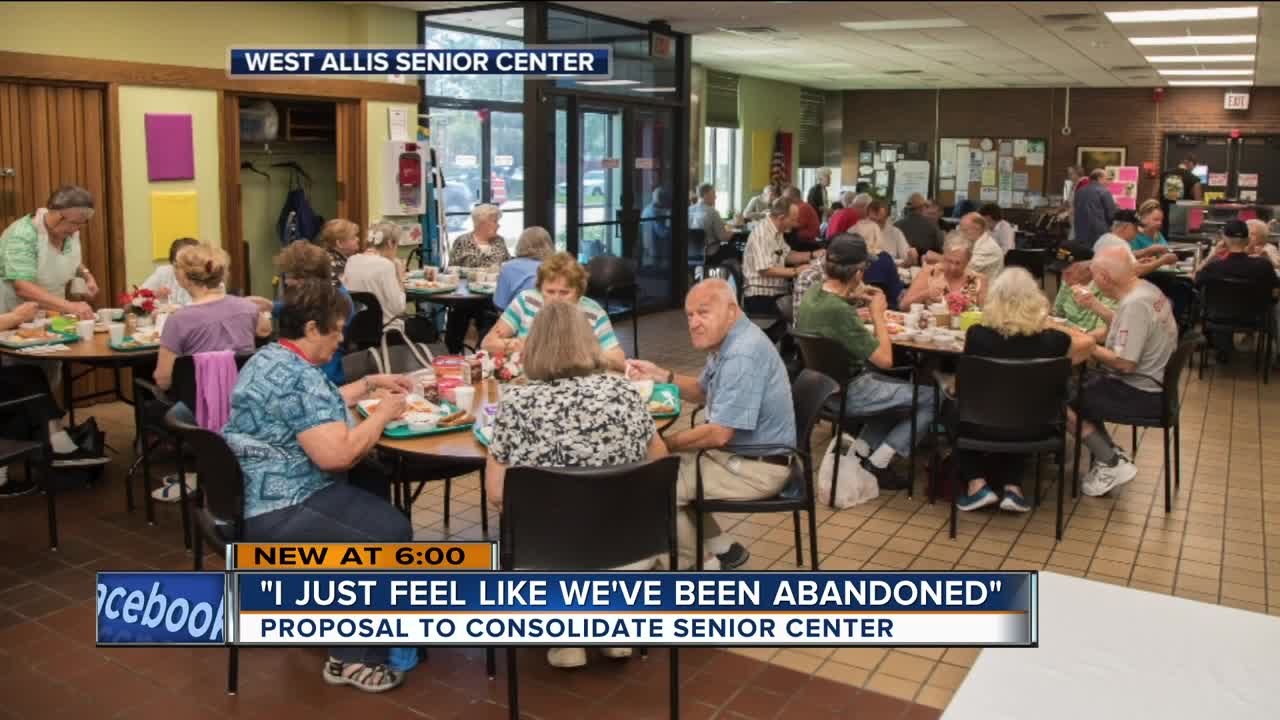 A proposal to consolidate a senior center in West Allis is facing opposition. It's expected to go before the Common Council on Wednesday.

WEST ALLIS — A proposal to consolidate a senior center in West Allis is facing opposition. It's expected to go before the Common Council on Wednesday.

The West Allis Senior Center has been serving the needs of hundreds in the community since the 1980s.

Deborah Tiegs goes to the center a few times a week to socialize, workout and do arts and crafts.

"I just feel like we've been abandoned,” Tiegs said. "It's the heart of the seniors for the City of West Allis."

She's also on the city's Commission of Aging, said she was blindsided by a resolution “directing staff to relocate and consolidate" the center.

Common Council President Tom Lajsic cites a 2018 Facilities Assessment Audit that found it would cost more than $2.6 million to repair the center over the next 30 years.

"We have expenditure restraints put upon us by the state and certainly our residents don't want taxes increased," Lajsic said.

He feels services can be offered elsewhere at places like the library or senior living facilities.

"Making it more convenient to seniors because they're going to be dispersed throughout the city," Lajsic said.

Mary Devitt, who's a volunteer and member doesn't see it that way. She said the center doesn't just provide activities, but also mental support groups and a meal program.

"It just isn't going to function with the same level of success," Devitt said.

The need for senior services is only expected to grow.

According to the Wisconsin Department of Administration, the number of people aged 65 and older is expected to nearly double from 2010 to 2040.

“The silver tsunami is coming with the baby boomers and that's what we're focusing on,” Tiegs said.

Under the resolution, a plan to consolidate the center would be developed by July 1.

TODAY’S TMJ4 spoke with multiple aldermen about the idea. Some are in favor and some are against the move.